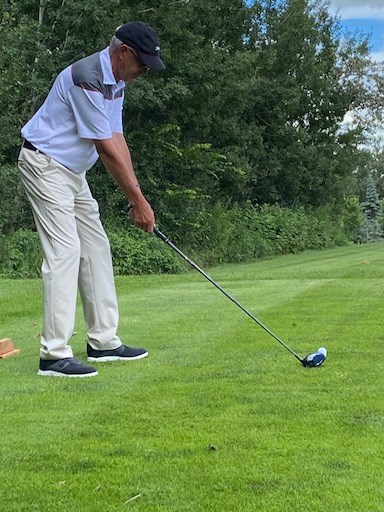 The Edmonton Golf Association (EGA) has been around for 100 years. Celebrations are happening all season long. Photo supplied.

Put the candles on the cake: The Edmonton Golf Association (EGA) turns 100 this year.

The EGA was formed in 1921 when the Victoria Golf Course and Edmonton Country Club got together and played the first of several tournaments, with a goal to promote and preserve golf in and around Edmonton.

The Edmonton Country Club opened as the Edmonton Golf Club in 1896 when it was located--as a five-hole course--on Hudson’s Bay Company land. After Alberta became a province in 1905 the land was sold to the government to construct the Legislative building.

The Country Club moved to its present location in 1912 with 10 holes; 18 holes opened in 1913. Victoria opened as a seven-hole course in 1907 when it was called the Golf Links and was Canada’s first municipal golf course.

“Being around for 100 years is special,” said Donna Finucane, vice president of the EGA and chair of the Centennial Committee that's planning events to mark the occasion. “Victoria was the first municipal course in Canada, way out here in the west. And the Country Club was founded by the Hudson’s Bay Company before we were even a province or city. It puts into perspective how old the EGA is."

Three other courses soon joined the EGA: Royal Mayfair in 1922, Highlands in 1929 (first a nine-hole course joined by another nine in 1931) and the HBC-operated Prince Rupert Golf Course in 1932. Designed by Stanley Thompson as a public course in central Edmonton, Prince Rupert closed in 1949.

Ken Cleall, 75, who took out his share in the Country Club in 1969, said he's seen many changes over the years, including “playability and better conditioning of golf courses, the acceptance of women and minorities, technology and the ease of keeping track of scores and handicap."

Nancy Rae, in her mid 70’s and who started playing golf in Red Deer around 1978, said “I enjoy competition with myself; to see if I can play a hole better the next time. When I was in team sports, I often felt I let others down, but in golf it's just me.  And I enjoy being outside, getting regular exercise and spending hours visiting with fellow golfers.”

To celebrate the 100th anniversary, the EGA is holding special events including a June 26 Centennial Team Scramble at Victoria, where golfers are being asked to dress in period attire. There's also several free learn-to-golf clinics and rules clinics on tap, a September family tournament at Broadmoor, and the Men's BMW Open Championship at The Ranch.  Regularly planned EGA tournaments are a go too.

For the Learn to Golf clinic, would-be golfers are asked to write a sentence or short paragraph on why they want to learn the game. The EGA Board will adjudicate the responses, and ten participants will be selected for five free clinics on how to play golf. Golf Trader is donating the clubs, and clinics will be held when COVID-19 restrictions allow. Those interested in winning the learn to golf clinics can email Erin Finucane info@egagolf.org.

The Edmonton BMW Open was a top Edmonton tournament for 60 years until it ceased play in 2007. A return is most welcome.

"The sponsors have put together a purse of $35,000. And one of the players already signed up is former Edmonton Oiler great, goalie Grant Fuhr. Everybody is really excited."