Canadian-led international research examines physiology of the dying process in an effort to reassure families, recipients and medical staff about organ donation and transplantation.
Feb 25, 2021 1:45 PM By: University of Alberta 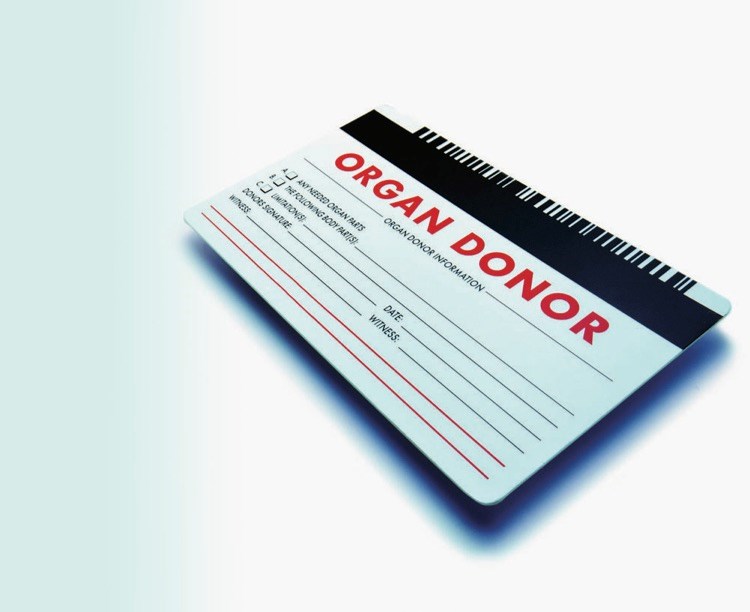 U of A-led research reassures families about when it's safe to procure organs for transplant from dying patients. Photo: Metro Creative Connection

A Canadian-led research project has confirmed it is safe to procure organs for transplant from dying patients once the heart has stopped for a full five minutes, in newly published findings in the New England Journal of Medicine.

The researchers monitored blood pressure and electrocardiographic (ECG) waveforms in 631 dying patients following the removal of life-support equipment and medication in 20 intensive care units in Canada, the Czech Republic and the Netherlands. On average it took an hour for all signs of life to end, including no heart activity. In 14 per cent of the patients, the heart restarted briefly after having no pulse for up to four minutes and 20 seconds, but all the patients ultimately died.

“Our current practice is to wait five minutes after the donor’s heart stops before we take them to the operating room to procure organs,” said co-author Jim Kutsogiannis, research director of the neuroscience intensive care unit at the University of Alberta Hospital. “What we thought was a safe time limit has been reaffirmed by these results.”

Kutsogiannis called it a landmark study, the first of its kind internationally.

“We felt it was really important to do this study in order to build trust with the public in the organ donation and transplantation process; to reassure them there’s no possibility of someone recovering consciousness or heart function after a certain period of time.”

“We need this evidence to ensure we can dispel lingering doubts about organ transplantation," said Lori West, director of the Canadian Donation and Transplantation Research Program.

Timing is critical for successful transplants

Kutsogiannis said brain death and cardiac death occur nearly simultaneously, but it is easier to monitor heart activity. He explained that it is important to procure organs as quickly as possible after death in order to transplant them successfully.

“The longer it takes to take out the organ, preserve it, transport it and transplant it, the worse the likely outcomes are for the recipient,” said Kutsogiannis. "We want to successfully transplant that organ that has been donated so graciously by a donor who registered or by their family.”

In 2018, there were 4,351 Canadians on a waiting list for an organ transplant, and 2,782 transplant procedures were carried out. The research team noted the rate of organ donations has decreased since the beginning of the pandemic.

The researchers reported that the actual process of dying had not been fully understood until now and that stories persist about people “coming back to life,” leading some families to refuse or delay organ donation. The data from the new “Death Prediction and Physiology after Removal of Therapy Study” will allow medical staff to better predict the time of death of organ donors in order to better co-ordinate transplants and save more lives.

Reassurance for donors and their families

“Once you’re gone, your organs don’t do you any good,” said Heather Talbot, a Toronto mother who donated her son Jonathan’s kidneys, lungs, liver and heart when he died after a car accident in 2009. “By donating, it’s not just the person who receives the organ who benefits, it’s all the families and friends of the recipient.”

“This was the most terrible thing that could happen to a parent—to lose their child—but something really good came of it when his organs were used to save lives,” said Talbot, who advised the study team on how to approach families to participate in the study.

“This study brings home the point that the voices of clinical staff and families must be heard,” said West. “They are effective voices in helping achieve our goals to never miss a donor opportunity and to make transplantation a cure.”

“These results mean that physicians and nurses speaking to families about this process can give them a high degree of certainty of what to expect after we withdraw life support,” Kutsogiannis concluded.