Gang of grandmas up to nothing but good

They are unquestionably the least threatening, most helpful gang in Alberta.
Jan 30, 2019 11:00 AM By: Maurice Tougas 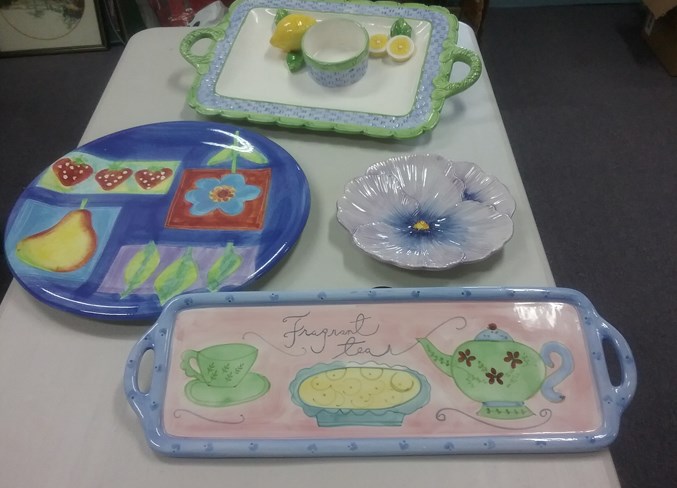 A small sample of some of the items on sale at the Art and Design Market.

They are unquestionably the least threatening, most helpful gang in Alberta.

The Grandmothers of Alberta for a New Generation – GANG – have been raising money to help fund the work of the Stephen Lewis Foundation, supporting African grandmothers who are raising millions of children who have been orphaned by AIDS. Their newest fundraiser, the Art and Design Market, hopes to find new homes for your no-longer wanted home decor and art items and turn them into cash for the cause.

The local group has been around for about 12 years, says member Louise Barr. The grandmothers-to-grandmothers project was founded by the Stephen Lewis Foundation, which works with community-level organizations in Africa in providing care and support to women, orphaned children, grandmothers and people living with HIV and AIDS. Since 2003, it has funded more than 1,700 initiatives, partnering with more than 325 community-based organizations in 15 African countries. Lewis, a former leader of the Ontario NDP, was the United Nations envoy for AIDS-HIV in Africa.

Lewis started the grandmothers-to-grandmothers campaign because so many grandmothers were forced to raise young children due to the devastating toll AIDS-HIV was taking on young African men and women. There are now about 250 grandmother groups in Canada, including about 15 in Alberta. There are about 100 grandmothers and "grand-others" (as Barr puts it – you don't have to be a grandmother to join) in Alberta. Money raised goes to a variety of organizations on the ground in Africa.

Of the local group, Barr says "most of our members are retired, aged 60 to 90, who work so well together because we have a common cause."

Barr has been with the group since the beginning, and in 2010 she want to an international gathering of grandmother groups in Swaziland.

"It was a lifetime event. These grandmothers were coming from villages and grassroots places  ... and many had never been out of their villages, never had a passport, never flown, some never even had shoes.

"It was an awesome experience for me. That word gets overused, but it really was awesome."

The group has raised funds through Scrabble tournaments, publishing a cookbook, a motorcycle rally ("because we're called a gang", she says ) and the popular 'Fabric Frenzy' – "a huge fundraiser" she says – where unused fabric and sewing notions is gathered for resale.

Their new event, happening March 9, is called the Art and Design Market, a kind of an upscale rummage sale.

"A lot of us seniors have stuff," she explains. "But it's good stuff, not just garage sale stuff."

The group is asking for donations of high quality home decor and art objects. 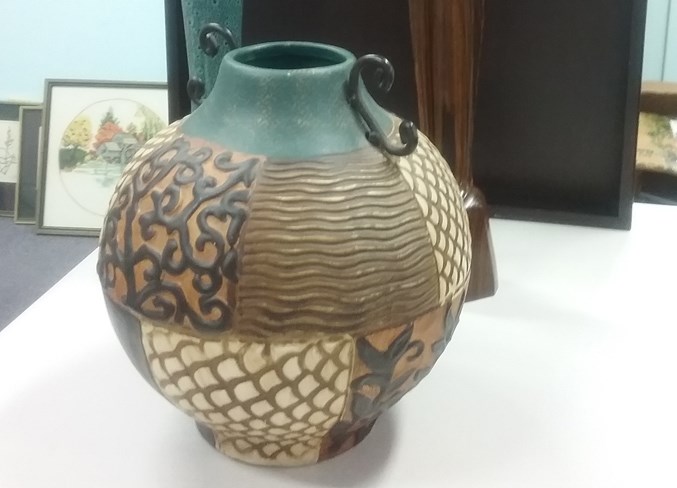 Item for sale at the Art and Design Market.

Joyce Madsen, who is in charge of the Art and Design Market, says they are collecting "what was probably much-loved" art and ornaments.

"If people are like me, I had about half a dozen piece of art – and I use that word very loosely – sitting in my basement that at one time had been hanging on my walls."

Madsen wants items that are "above garage sale level", she says.

"We're looking for things like vases, pottery, candlesticks, all those kinds of items that would make up home decor."

"If they bring it over and it's not going to work for us, we will donate it to the Bissell Centre, or Find, or similar groups."

The items will be collected, organized, clean up and priced. A decorator will do a couple of short sessions about home decorating, and there will be knowledgable people on hand to offer design options.

Donations will be accepted at Holy Redeemer Lutheran Church, 9654 74th Ave. every Tuesday from 10-2 in February. From there, everything will be shipped to Southminster Steinhauer United Church, 10740 19th Ave., for the sale on March 9, from 10 a.m. to 4 p.m. Admission is just $2.

After that, the group's next major fundraiser is the Fabulous Fabric Frenzy on May 4th at Hardisty School, 10534 62nd St. from 9 am to 3:30 pm. Please note that this is the new location.

For more information on the group, go to edmgrandmothers.org

Share food and culture this holiday season with unique recipes in a box
Dec 3, 2020 7:46 PM