"Now that there is no active fire activity, other than the occasional hot spot, the fire investigation will begin early this morning," the city stated.
May 7, 2021 5:15 PM By: St. Albert Today Staff 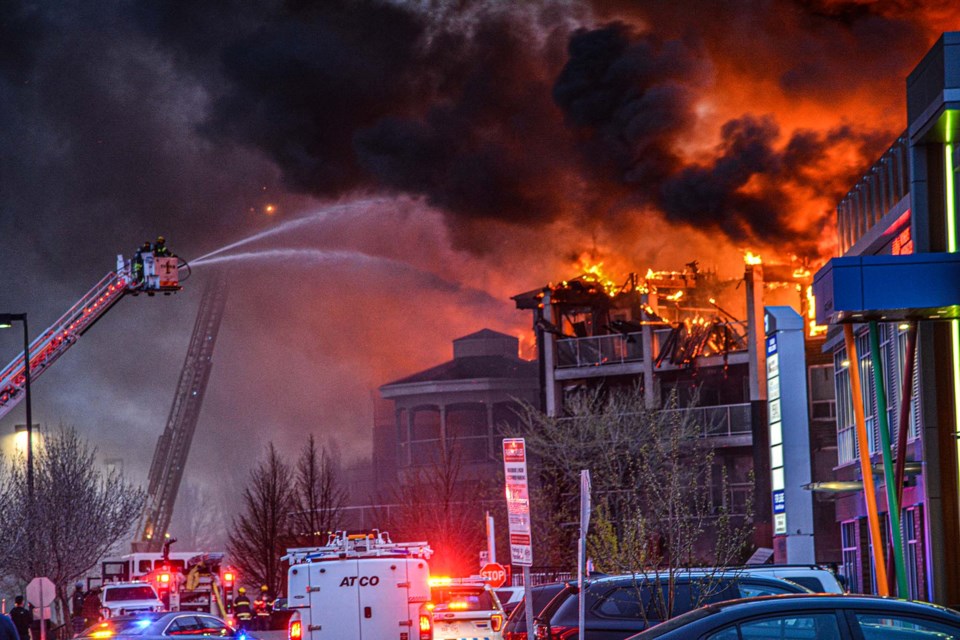 Fire crews shot water at the burning top floor as the fire worked its way along the Citadel Mews West building on the night of May 6.APRIL HUDSON/St. Albert Gazette

The fire that ravaged a St. Albert seniors home on Thursday night has been successfully extinguished, according to the city, and an investigation can now begin into the cause of the fire.

On Thursday, a major fire swept through the Citadel Mews West seniors' complex. About 10 fire trucks from the St. Albert, Edmonton, Morinville and Spruce Grove fire services were on scene when Gazette reporters arrived at about 8:45 p.m. Much of the south half of the roof of the complex was aflame.

Crews battled the fire throughout the night.

Evacuated residents were relocated to the St. Albert Inn, with most put up in hotel rooms and others placed in available beds at long-term care facilities in the region.

Fire crews remain at the scene to douse and monitor for hot spots, according to a media release from the city at 9:11 a.m. Friday morning.

"Now that there is no active fire activity, other than the occasional hot spot, the fire investigation will begin early this morning," the city stated.