Follow the sage advice we've heard for ages: watch your diet and lifestyle to keep blood pressure under control.
Feb 26, 2021 11:16 AM By: W. Gifford-Jones, MD and Diana Gifford-Jones 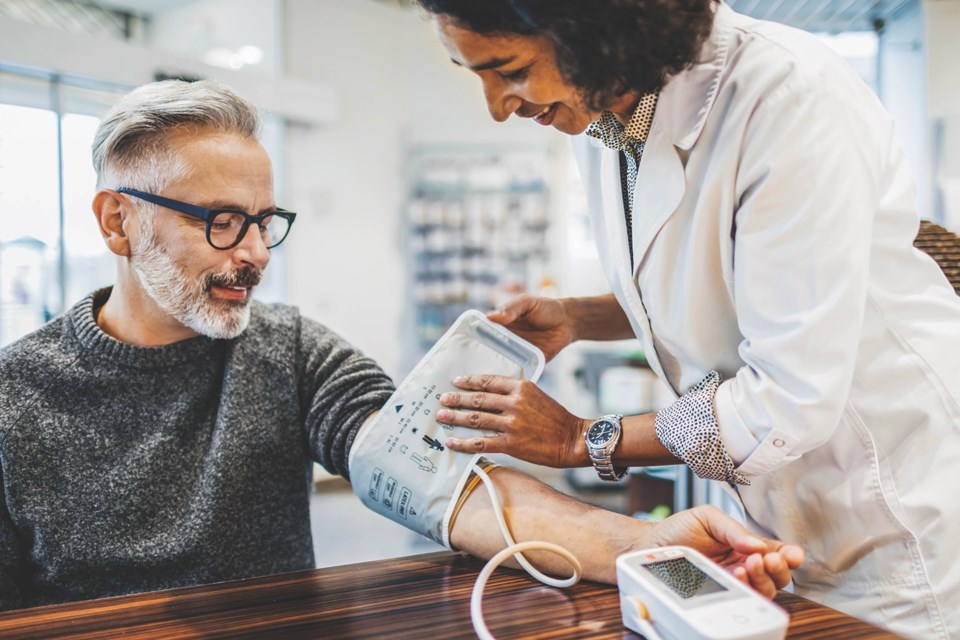 Eleanor Roosevelt once said, “You must do the things you think you cannot do.” Avoiding disease may be the gift of lucky genetics, but it helps to put some work into managing your chances for health and longevity.

Maintaining rubbery arteries is key to the delivery of oxygenated blood to the heart’s muscle that guards against hypertension, stroke, and heart attack. A report in the Journal of the American Medical Association says that what’s good for the heart may also be good for the brain.

The study involved 9,300 people ages 50 and older with an average age of 68, with hypertension. They also had one other cardiovascular risk factor, history of stroke, or dementia. It was a huge study involving patients in over 100 medical centres across the U.S.

Half of the patients were provided “Gold Standard” care. This meant they were given medication that lowered their systolic blood pressure (the top number), to less than 120. The other half simply aimed for the standard systolic target of 140 or lower.

What happened? When a study shows after a period that one group is getting the raw end of the deal, it must be stopped for ethical reasons. So, when the gold standard group was winning after a period of three years, the study abruptly ended.

The gold standard of treatment had reduced cardiovascular problems and death by 25 percent. But the study ignited the on-going debate as to whether normal blood pressure level should be changed from 140/80 to 130/80.

The result? After another two years, researchers found no statistical difference in the amount of “probable dementia” between the two groups. But they did notice a 19 percent lower rate of mild cognitive impairment (MCI) in the gold standard group.

MCI is a grey, undefinable area between normal brain function and early dementia. Looking at it another way, 287 of the 4,280 patients in the gold group and 353 of the same number in the standard group, developed MCI over a five-year period. Not a huge difference, but big enough to warrant notice.

Researchers stressed that, although some cases of MCI go on to develop dementia, many others go for years without any problems. Some patients even revert to normal.

What’s the bottom line? Good sense dictates that controlling hypertension is a sound measure for the brain, but lowering it too much can cause hypotension (low blood pressure), fainting and possible kidney injury. In effect, in the real world, trying to obtain the perfect blood pressure can be questionable.

Researchers say the best option for brain health is to stay physically active and maintain a sense of purpose in life. This is always good for the brain. Weight control, particularly in the abdomen, is essential as it’s linked to dementia. But since obesity is so often associated with Type 2 diabetes, hypertension and dementia, it’s difficult to know which is the main culprit.

Since Type 2 diabetes narrows cerebral arteries and decreases oxygenated blood to the brain, this along with hypertension, is a bad combination.

Take Eleanor Roosevelt’s sage advice to heart. You need more than luck to avoid these two killers. Rather, your diet and lifestyle may need to undergo dramatic changes.