Letter: Trump does not belong in Canada 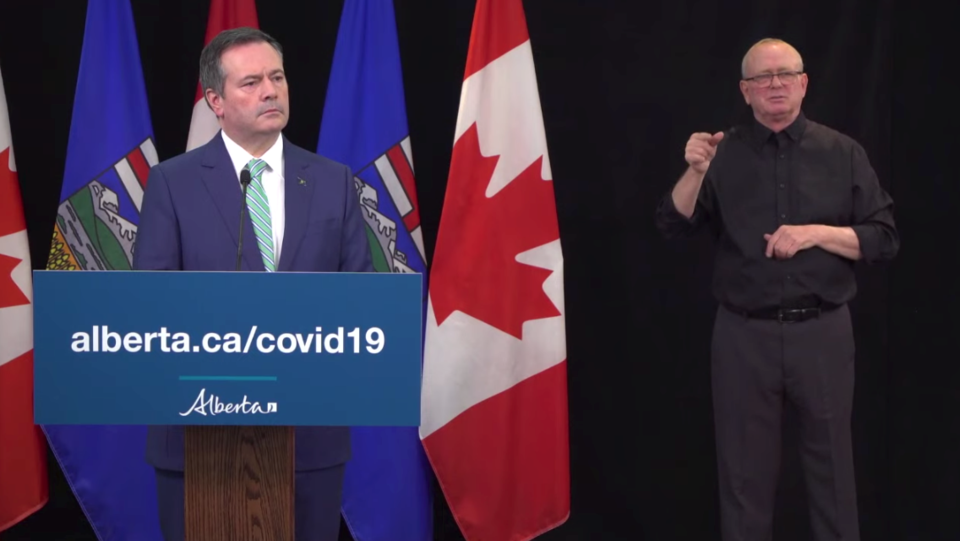 Early in the pandemic I saw signs of a Conservative party that I remember. I saw the UCP and its members make the hard and necessary decisions they were elected to make, letting party lines fall away as they stepped up to lead.

But Kenney did not lead. Instead he fertilized the growth of Trumpism as it oozed its way north.

Kenney could have backed technologies to begin the process of greening Alberta's oil industry, cleaning up our image of dirty oil. Instead Kenney slackened rules put in place to protect Alberta's lands and water (Trump).

Kenney risked billions of tax payer dollars on a pipe line to the south that the majority of us know will be blocked by the US (Trump). Kenney rants and blames (Trump) falling oil prices on the Federal government that literally bought a very unpopular pipeline to take Alberta's oil west.

When faced with a global pandemic, Kenney paid only lip service to medical recommendations (Trump). Kenney did not stand up and lead (Trump),  instead passing the responsibility of fighting the pandemic onto Alberta's city mayors (Trump).

When UCP MLAs were caught holidaying out of the country after Albertans were told to stay home, to not celebrate Christmas with their families, to not so much as enter a friend or neighbours house, Kenney said they must not have understood. (Trump).

In the name of democracy I hope Erin O'Toole will bring back a Conservative party that can be trusted; that speaks for the majority, not the far right Trumpian minority that rages, blames, name-calls and spins twisted truths behind the secretive walls of a Kenney-made war room. For that to happen, the Kenney's (there are more Kenney's in the UCP party) have to go. Trump does not belong in Canada.