"It goes without saying that this is a tragic situation," Justice John William Hopkins said as he delivered Sydlowski's sentence during an online court hearing.
Sep 18, 2020 6:30 PM By: Canadian Press 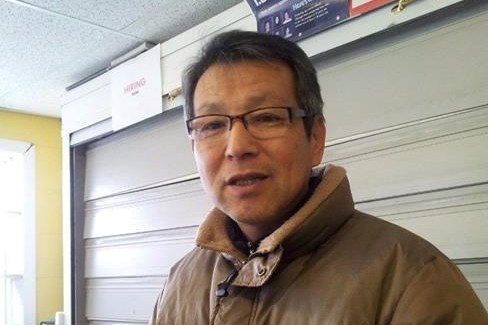 Caption: Ki Yun Jo, the victim of a gas-and-dash robbery, is shown in an Alberta RCMP handout photo. A man who pleaded guilty to manslaughter after an Alberta gas station owner was killed in a gas-and-dash is to be sentenced today in the Court of Queen's Bench. Mitchell Robert Sydlowski, who is 29, was charged with second-degree murder but he pleaded guilty to the lesser offence -- as well as failing to remain at the scene of a fatal accident -- in August. THE CANADIAN PRESS/HO-RCMP

WETASKIWIN, Alta. — A man who pleaded guilty to manslaughter in the gas-and-dash death of an Alberta gas station owner has been sentenced to seven years in prison.

Sydlowski, who is from Spruce Grove, Alta., was charged with second-degree murder but pleaded guilty in August to the lesser offence, as well as failing to remain at the scene of a fatal accident.

"It goes without saying that this is a tragic situation," Justice John William Hopkins said as he delivered Sydlowski's sentence during an online court hearing.

An agreed statement of facts submitted in the case said 54-year old Ki Yun Jo was killed after Sydlowski sped off in a stolen cube van without paying for $198 of fuel. It happened outside Jo's Fas Gas station in Thorsby, about 70 kilometres southwest of Edmonton, on Oct. 6, 2017.

A witness saw Jo hanging onto the van's passenger side mirror and, when the vehicle swerved, he was tossed to the ground and run over by the rear tires of the van.

Court heard Jo died at the scene after suffering multiple blunt force injuries — a skull fracture, a broken neck and internal bleeding, despite the efforts of a retired EMT, a registered nurse and a firefighter who tried to administer first aid.

Jo's daughter, Ka Yung Jo, said in a victim impact statement to the court last month that her dad's death was the worst day of her life.

"My dad was senselessly and cruelly taken away from me," she said. "Since then, my world has changed completely."

She said she, her mom and her brother had to take over the gas station and had a difficult time running the business. They ended up selling it and moving away from the town.

"What I hated most was the man who ended my dad's life," she said. "He killed my father and ruined me, my life, my family and everything."

The judge said it's clear the death affected the family and the small town of Thorsby.

"The victim impact statement demonstrates the horrible impact this had on the family of Mr. Jo and the ultimate sale of the family business," Hopkins said.

He said he recognizes no sentence will alleviate the pain and suffering, but he noted that the early guilty pleas came in advance of a trial during a global pandemic.

"It prevented the calling of numerous civilian witnesses and the family having to relive the minute details of the incident," he said.

The judge also noted Sydlowski's statement to the court expressing remorse for his actions.

"I am so sorry for the pain I have caused your family," Sydlowski said during his sentencing hearing on Aug. 14. "I did not intend for any of this to happen."

His seven-year sentence includes six years for manslaughter and one year for failing to remain at the scene. It will be reduced by about three years for time served prior to the guilty plea.

The judge also imposed a 10-year driving prohibition once Sydlowski gets out of prison.

The Crown had recommended a sentence of six to eight years, while Sydlowski's lawyer suggested it should be at the lower end of the Crown's recommendation because of the guilty pleas.

Hopkins said there may be one positive that can be taken from the tragedy.

"There was a change in legislation that took place thereafter requiring payment before pumping gas to prevent this from happening again to other vulnerable gas or convenience store clerks," he said.

This report by The Canadian Press was first published on Sept. 18, 2020

— By Colette Derworiz in Edmonton.

Banish the dark: walk into a winter wonderland
Nov 22, 2020 4:45 PM
Comments
We welcome your feedback and encourage you to share your thoughts. We ask that you be respectful of others and their points of view, refrain from personal attacks and stay on topic. To learn about our commenting policies and how we moderate, please read our Community Guidelines.