Training modules, advisory group designed to help nurses, caregivers and others overcome biases against older people.
Jul 19, 2021 5:00 AM By: University of Alberta 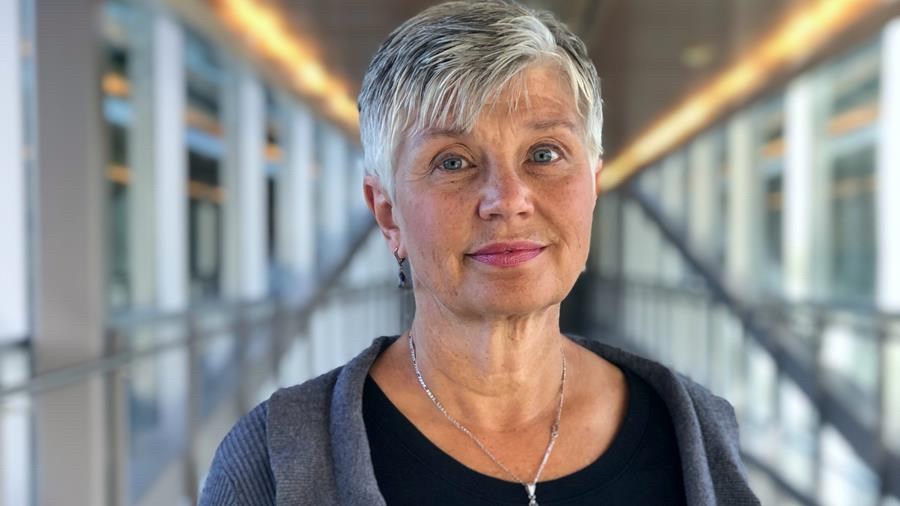 Sherry Dahlke is leading a Canada-wide project to test online training modules she developed to educate nursing students about caring for older patients, to find out whether they're effective at countering ageist attitudes. Photo: U of A/Faculty of Nursing

A University of Alberta researcher is hoping to start a Canada-wide revolution to combat discrimination against older people, starting with a change to the way nursing students are educated.

“Ageism has been described by other scholars as the last “ism” that is socially accepted,” said Sherry Dahlke, associate professor in the U of A's Faculty of Nursing. “It’s subtle and insidious in societies around the world.”

Dahlke is leading a cross-Canada project to test her online training modules that tackle some of the “geriatric giants”—cognitive impairment, continence and mobility—as well as enhancing communication with older persons.

She said nurses’ biases—both overt and hidden—can affect the care older patients receive in acute, community and continuing care settings.

“If we have negative perceptions like, ‘You’re just old’ or, ‘It’s normal to get confused,’ then it is going to influence how we provide care and can influence people’s quality of life.”

Though ageism is pervasive, the World Health Organization (WHO) notes it is not well understood.

“Some theorists suggest it is because we fear dying that we project negative attitudes to people who are older and closer to dying,” Dahlke said.

Ageism can affect family and work relationships, as well as the service older people receive when they purchase goods and services.

“I experienced it myself when I stopped dyeing my hair and let it go grey in my 50s,” said Dahlke. “I realized that if I say I am against ageism, I should walk the talk.”

Although we are aging from the day we are born, we start to internalize negative perceptions about aging from an early age, she said, citing an American study that estimated the annual cost of ageism to the health-care system at $63 billion.

“It can lead to depression and erode the will to live, and that self-perception can contribute to a whole host of other chronic conditions,” she said. “If someone tells themselves, ‘I’m old and it’s OK to have pain,’ then they may not seek assistance for a condition that is treatable.”

Ageism is complex. Hostile ageism is overt and easy to recognize. Benevolent ageism, which involves being overly accommodating and taking away older people’s self-determination to do things for themselves, is harder to recognize, Dahlke said.

As part of the project, 700 nursing students at two universities will take the online courses Dahlke developed. The students will be tested for a spectrum of ageist attitudes before and after the courses.

Dahlke is recruiting older persons to be part of an advisory group that includes academic gerontological experts, representatives from advocacy groups CanAge, HelpAge and the Canadian Gerontological Nurses Association. The group will evaluate the learning modules and determine whether this method might work with other health-care providers or even school-aged children.

Dahlke noted that older Canadians are a diverse group who experience aging differently. While there is no single antidote to diminish the negative effects of aging, she said research has shown benefits from strong intergenerational relationships, physical activity and weight training, eating a largely plant-based diet, and having purpose in life. Genetics and environment can also affect how we age.

Recent movements to combat other forms of discrimination such as anti-Black and anti-Indigenous racism give Dahlke hope that attitudes can be changed.

“We need to stand up for all people who are being treated poorly, including older people,” she said. “If we get everyone to recognize when they are being ageist, then we can make a choice to do something different.

“We need to get the message out to people of all ages.”

Article courtesy of University of Alberta