“The next wave of seniors who come up will have probably some different issues, some the same. But if you don't have somebody watching what is going on and how things change, how can you look after an evolving population?"
Apr 28, 2021 10:45 AM By: Jessica Nelson 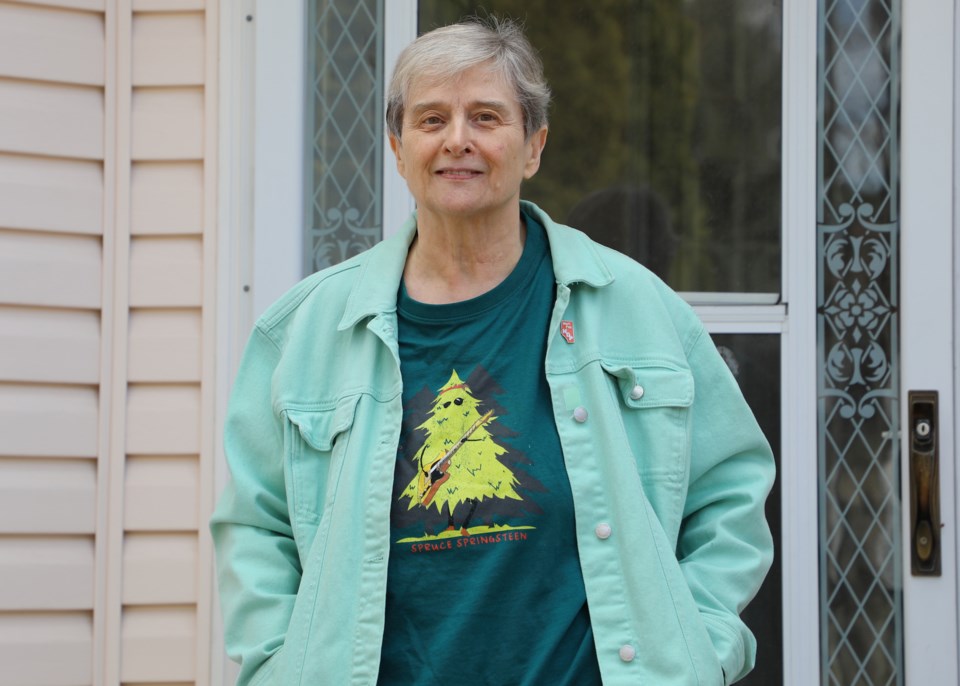 St. Albert - Health, transportation, finances – the problems facing seniors in St. Albert are broad and province-wide, and they deserve a dedicated provincial representative to advocate on their behalf, says one St. Albert senior.

Elizabeth Allchin, 77, currently lives in her home with her husband.

“We are trying to stay in our own home for as long as we can. We don't really want to move into accommodation where other people are trying to care for us or downsize in a way that we're living with a lot of other people, but who knows what happens in the future?" Allchin told the Gazette.

“If we had the support in the community to help us stay where we are if one of us got really sick and needed extra help in the home – there isn't a lot of help out there for seniors at the present time. And you can see what has happened, unfortunately, in this pandemic where all these elderly people have been placed or have moved into places thinking they were going to get extra care."

Allchin says if there was a position that was at arm’s length from the government, the province may be able to look at what is going on in this older population, what is being requested, and what is and is not available.

“Then we can start looking at what is needed instead of continuously reacting, which is what happened with the pandemic, I mean, some terrible things have happened,” she said.

Allchin is a board member for the St. Albert Seniors Association and is in favour of the province re-establishing a seniors advocate. On April 20, a private member's bill to introduce such a position passed through a legislative committee and is set to proceed on to the Alberta Legislature.

“We need this kind of oversight – somebody who's arm’s length from the government, who can collect information, who can perhaps help people in situations where they can't find any,” she said.

The province used to have a seniors advocate, but in 2019 the UCP government merged that position with the health advocate. This new bill was introduced by NDP Seniors and Housing Critic Lori Sigurdson with the intention to create an independent officer of the Legislative Assembly to help seniors on an individual level while also reviewing larger scale issues and making recommendations to the government.

In a presentation to the legislative committee, Sigurdson said the pandemic has highlighted gaps in care and services for seniors. Citing a report by the National Institute on Aging, she said Alberta had the highest number of outbreaks in continuing care facilities in Canada.

Allchin said health issues are not the only challenges seniors face. Throughout the province, many seniors are no longer able to drive and must rely on other forms of transportation. Financial issues are also of concern as many seniors are on a fixed income and the cost of living is continuously going up. Finding accommodation that fits the needs of seniors is another issue that isn’t directly related to health.

“People don't want to stay in their big house, but they still like to be in (a) house. But finding the right kind of accommodation is another problem, which we haven't really addressed too well,” she said – and as the number of seniors in Alberta grows, so will the issues they face.

“The next wave of seniors who come up will have probably some different issues, some the same. But if you don't have somebody watching what is going on and how things change, how can you look after an evolving population?" she said.

In an April 20 press conference after the committee meeting, Sigurdson said the bill is very low on the order paper and it is unlikely it will be debated in the house.

During the committee meeting, UCP members grilled Sigurdson about why the NDP never created the arm’s length position when they were in power.

Sigurdson said the NDP was in the first steps of creating that position and ran out of time to fulfil their agenda, but it was always their intention to create an independent position.

In response to whether or not the UCP government would support the bill during April 20 general remarks in the legislature, Minister of Health Tyler Shandro said the government continues to have an advocate dedicated to addressing the concerns of everyone, including seniors, and connecting them with appropriate staff.

“All of the former staff of the Seniors Advocate office, other than the former advocate herself, continue to work in the two departments, and we continue to have an entire Department of Seniors and Housing, and we’re spending more than ever on health care, including $260 million to help continuing care providers care for seniors,” he said.

Shandro said the government is currently focused on helping seniors.