Health columnists remind that doctors sometimes need to be detectives too.
Jan 28, 2021 6:42 PM By: W. Gifford-Jones, MD and Diana Gifford-Jones 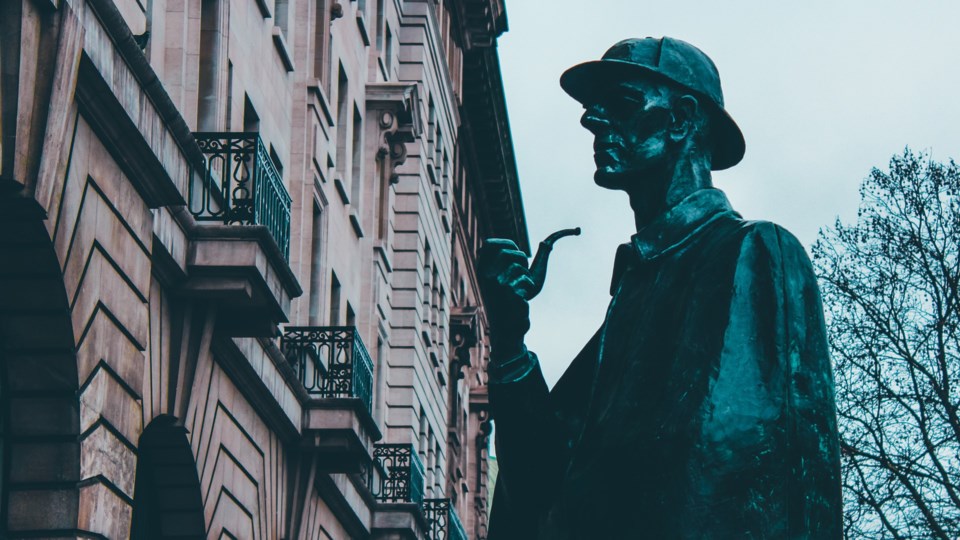 Like Sherlock Holmes, doctors must sometimes unravel the mystery around symptoms. Photo: Gifford-Jones

A 57-year-old woman, receiving physiotherapy for an injured ankle, suddenly suffered a seizure, became unconscious, and was rushed to Emergency. The obvious diagnosis, a sudden stroke. But as Sir Arthur Conan Doyle, the English doctor and writer who created the fictional private detective, Sherlock Holmes, wrote, “There is nothing more deceptive than an obvious fact.”

A report in the Canadian Medical Association Journal shows that Doyle was right. Doctors must sometimes think like Sherlock Holmes. The ultimate diagnosis was not a stroke. Rather, a complication from the triple A disease, abdominal aortic aneurysm (AAA).

It’s a problem that doesn’t receive much press. But it killed Albert Einstein, the famous scientist, Lucille Ball, the TV star, and the actor George C Scott. Unless diagnosed early, before it ruptures, AAA is an efficient assassin.

The aorta is the main artery that delivers blood from the heart to the entire body. It’s about the size of a garden hose and after leaving the heart it extends to the neck a short distance, then down the back of the abdomen.

During the last 60 years the risk of AAA has tripled. This is in part due to improved diagnostic methods and an aging population. It’s also more common in males than females, and about five percent of men over age 65 have some degree of aortic aneurysm.

Increased blood pressure is a major risk factor for AAA. It’s also more likely to develop in smokers and those suffering from chronic lung disease. But AAA can result from atherosclerosis (hardening of arteries) that gradually weakens the arterial wall and is a major cause of heart attack which ends the lives of so many North Americans.

An aortic aneurysm may be without symptoms until rupture occurs in which case the hemorrhage is so sudden and severe that death is speedy. But today many aneurysms are diagnosed during other abdominal procedures. This provides significant time to decide how these herniations are best treated, particularly since the majority of aneurysms expand at a very slow rate.

Since major surgery is involved to remove an aneurysm, it’s prudent to monitor them every six to twelve months by abdominal ultrasound, CT scans, and MRIs to detect changes in dimensions.

In the final analysis, the decision depends on the size of the aneurysm. Surgery is normally advised when the aneurysm measures 5 to 5.5 centimeters as this is when they’re more likely to rupture. In some cases, a surgical stent is placed inside the aneurysm to decrease the risk of rupturing. Rather than using an abdominal incision, the stent is inserted through the femoral artery in the groin and then guided up and into the weakened aortic wall.

This operation is more serious than having an appendix removal so surgical expertise is vital. It’s the old story that practice makes perfect, whether a plumber or a surgeon.

Remember the common Gifford-Jones recommendation. If you are told surgeon X is the best for the operation and that surgeon has the personality of Dracula, don’t look elsewhere. It’s the hands that do the surgery, not the personality.

The story of the patient with the injured ankle had a happy ending. She was discharged in nine days. It reminds doctors that 30% of AAA have neurological signs, not pain or other symptoms. Like Sherlock Holmes, doctors need to be good detectives.