Death Notice: One of Edmonton's oldest restaurants is dead, a victim of progress. The Flamingo Restaurant & Lounge, located in a strip mall at the corner of 159th Street and 87th Avenue, was 41 years old.
Nov 27, 2019 11:00 AM By: Chris Zdeb 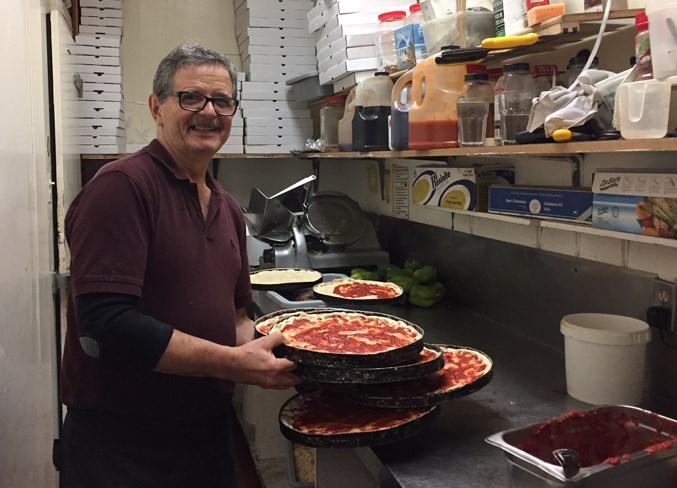 Death Notice: One of Edmonton's oldest restaurants is dead, a victim of progress.

The Flamingo Restaurant & Lounge, located in a strip mall at the corner of 159th Street and 87th Avenue, was 41 years old. It will close its doors for the last time, Nov. 30th, to make way for the Valley Line West LRT.

The Flamingo's owners had known for almost a year much of the building was being expropriated by the city to expand the intersection, and they had until the middle of December to vacate. But it was business as usual until November, when it became crazy busy with staff run off their feet.

Maria Tsoukalas, wife of Steve Tsoukalas, who co-owned the restaurant with nephew Laki Tsoukalas, said the restaurant had never been busier than in its final month and members of the extended family were called in to help serve the continuous flow of diners that started as soon as the doors opened each day. (In fact, the co-owners were so busy they said they had no time to be interviewed for this story.)

A week before the restaurant was set to close, Maria sat at a table wrapping forks and knives in white napkins as she talked of how tired she and the staff were working such busy days, and how emotional she got thinking of the looming deadline. She planned to miss a gathering of younger family members at the restaurant the day after it permanently closed.

Diners with questions about the Flamingo could find the answers on two sheets of paper signed by the Tsoukalas family and posted on a wall by the front door after the restaurant started getting too busy for staff to answer them.

Steve and his three older brothers, Peter, Thomas and Leo, opened the first Flamingo Restaurant at the former Centennial Mall (now Mayfield Common) in 1977. They opened the second location across from Meadowlark Mall the following year and a third restaurant in Stony Plain, which operated for a couple of years in the early 1980s.

The original restaurant moved to 23rd Avenue in the late 1980s where it remained until it was sold in 2015.

Not much had changed, including the decor, at the last restaurant.

"Consistency has always been a mainstay of the business and recipes have never changed over the years especially for the staples of the menu like our pizza and pastas," the notice posted by the family said.

Over the decades, customers became friends and many became lifelong diners starting when they were children and continuing with children of their own.

The owners had planned to work for another three years before selling the business. The money the family will get from the city isn't enough to start another restaurant, Maria said. She also noted Steve, the only brother still involved in running the business, is now 68 and not interested in starting over at a new location.

Lynwood Community League president Ken Pedersen lamented the loss of the longtime business where the food was so good that when he lived on the south side he would come all the way to the west end for their pizza.

"It's a restaurant that will be missed, that's for sure. Were they a huge contributor to the community league? No. But they definitely made amazing food."

Andy Greening, another member of the league executive, remembered The Flamingo from his high school days. Like many people he recently stopped in for one last meal after it became publicly known the restaurant was closing.

Omar Tarrabain who owns Barber Shop Boyz next door to The Flamingo, was also notified last January that his business space was going to be expropriated, but he found out in November that their property wasn't needed after all. He and the other tenants, which include a pharmacy, dry cleaners, massage therapist, dentist, vape shop and cannabis store worry about surviving the disruption of years of LRT construction.

The loss of The Flamingo will also hurt as people who often stopped to dine would also visit their businesses as well, they said.

The $2.7 billion Valley Line West will run from downtown to Lewis Estates and is expected to carry more than 100,000 commuters daily when construction is completed in 2025 or 2026. Preparation work is already underway on the avenue with construction to start in 2020.