Sometimes it pays to be a girl 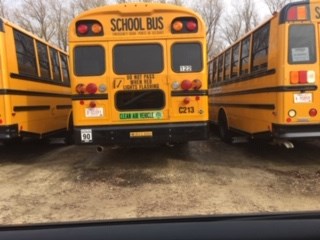 Stereotypes aside, does it pay to be a girl sometimes? Our humour columnist says yes. Photo: Lucy Haines

A wild wind howls through the trees outside my window tonight as I tap out this column. We just had quite the storm here. Before dawn this morning, I rumbled out of the yard in my school bus, flipping on the windshield wipers to deal with a few drops of rain. By the time I reached my first stop, the roads were glare ice. It posed an interesting challenge.

The children in my charge alternated between happy cheering and appeals of, “Do it again!” as we drifted somewhat sideways around a corner, to repeated chants of “Hit the ditch, hit the ditch, hit the ditch!” as they hoped in vain to miss school while we waited for a tow. However, all was well. We pulled up to the school only two minutes late. I don’t take chances and I’ve had plenty of experience driving in poor conditions.

Anyway, all that sliding on snow and ice reminded me of similar times when I was young and the earth was green (or icy). Back to a time when vehicles were rear-wheel-drive. During those winters, taking a corner sideways was commonplace, and doing a 360-degree turn was routine. Manoeuvres such as those were a particular specialty of mine.

Naturally, this type of antic wasn’t expected of a girl. The authorities regularly ticketed young men for “stunting,” which was what those sorts of moves were considered, but girls? Naw. Girls didn’t do things like stunting.

And that, my dear people, is what made it all the more beautiful.

One evening a girlfriend and I were motoring down a slippery street of our fair city when a car passed us from the other direction.

“Hey!” Susan shrieked. “That was my boyfriend. Who’s he with? Follow him!

Wordlessly I cranked the wheel, gunned the motor and the car swung around to face the opposite direction, in the other lane. I was quite pleased with my little trick – the policeman behind me, was not.

I groaned as the flashing red and blue lights appeared in my rear-view mirror.

“This is bad,” my partner in crime muttered, as I pulled over to the curb and stopped, but I held to a glimmer of hope.

The officer bent to peer inside my car. “License and registration,” he said curtly. I handed them over with trembling fingers.

“What happened back there?” he asked.

“Oh, I’m so grateful to be safely off the road!” I quavered with wide frightened eyes. “What a terrifying experience!” The man bent lower to listen.

“I accidently stepped a little hard on the accelerator and the car flew out of control,” I said in a panicky voice. “I was so scared. I hope that never happens again.”

“Well,” the kindly man said, handing my documents back through the window after checking them over, “just be a little more careful. These streets are pretty slick. Have a good night.” And turning, he walked back to his car, turned off the lights and was gone.

I feel safe in revealing this dastardly deed and deliberate falsehood now, since the statute of limitations passed about 35 years ago. And although I do not recommend stunting, or lying to law enforcement officials, sometimes there’s a lot to be said for being a girl.

To follow Helen online, or to order her books, go to myprairiewool.com or write her at Box 55 Marshall, SK. S0M 1R0