The Family Behind A Fallen Hero

As we were putting together this issue of Edmonton Senior News, our community lost a valued and honorable member: Const. Daniel Woodall.
Jul 7, 2015 12:00 AM By: Edmonton Prime Times 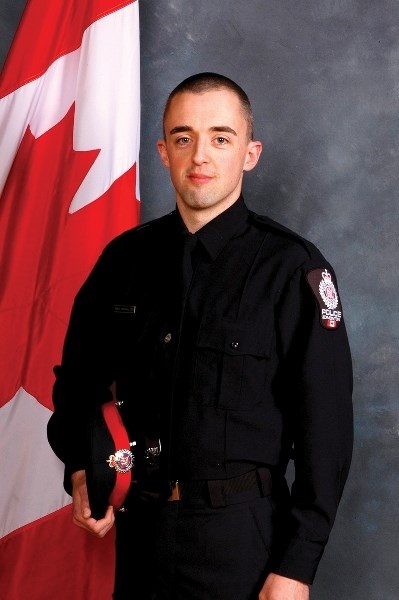 As we were putting together this issue of Edmonton Senior News, our community lost a valued and honorable member: Const. Daniel Woodall. Killed while serving an arrest warrant, and an eight-year veteran of the EPS, Woodall was shot during a standoff in west Edmonton. He was one of several officers coming to arrest someone who doesn't deserve the benefit of infamy.

As we go to press the city is still festooned with blue ribbons on trees and buildings. At the funeral, which was open to the public, thousands of mourners filled the streets for a procession, which began at the Alberta Legislature and wound its way through downtown. But there were Albertans and Canadians from all over, who drove or flew here to honour Woodall, the EPS, his wife and sons, who have had to respond to media rather than mourn privately. His wife deserves our respect and admiration as well; there is no doubt she made countless sacrifices in order for him to be the man he was. She respected his decision to put his own life in danger for strangers-- for us. If he was able to dedicate his life to preventing hated and bullying it was because she supported him and prayed for him and waited for him to come home at night for many years before he was killed. She is a hero too.

At the memorial, leaders spoke of other memorials to come, but was no mention of a statue or plaque to represent the sacrifices of the mothers and wives of our police officers. Until now, the focus has been on the man who has left us, and deservedly so. But as we go forward and return to normalcy, we should remember his family members too, who must forge on, no matter how difficult the days ahead. In times like these, we discover who we are as Albertans: caring, willing to do the right thing no matter the cost, willing to look beyond divisions and mourn as one. We salute Const. Woodall, and his family, even as we go on with the business of living. Their sacrifice is not forgotten.