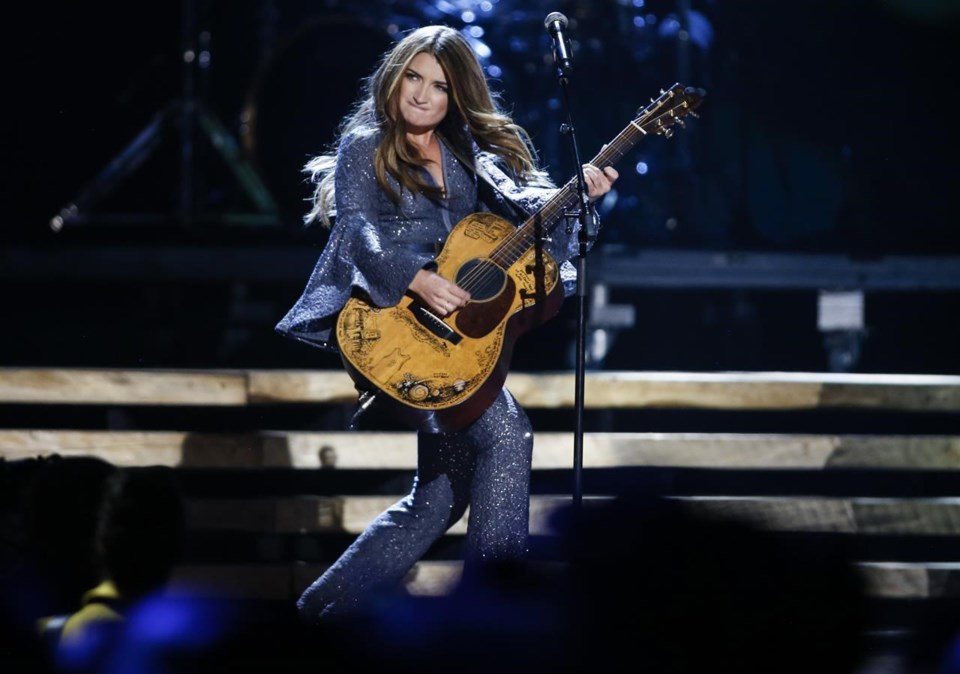 The Grande Prairie, Alta. native picked up nods in several key categories, including female artist, songwriter, entertainer of the year, and the fans' choice award.

The fresh run of CCMA recognition comes after Townes swept through last year's televised ceremony with four wins, among them female artist and single of the year for "Somebody's Daughter."

Since then, Townes has picked up steam in the country music scene with the release of "The Lemonade Stand," her first full-length album under the Columbia Nashville label.

Both of them will vie for album, male artist, entertainer of the year, and the fans' choice award.

James Barker Band, the Reklaws and Dallas Smith all picked up four nominations each.

Album of the year nominees include Brody's "Black Sheep," Kissel's "Now or Never," Tenille Arts for "Love, Heartbreak, & Everything Between," James Barker Band's "Singles Only" and Meghan Patrick with "Wild As Me."

The CCMA Awards ceremony will be filmed at two locations in response to the COVID-19 pandemic.

Portions will be recorded at the outdoor Burl's Creek Event Grounds in Oro-Medonte, Ont., near Barrie, which is where the Boots & Hearts Music Festival usually is held. Other performances will be taped in Nashville when filming begins next month.

Organizers noted that gender representation was significantly greater this year, with women being nominated in over 90 per cent of the artist categories where they were eligible.

Last year, CCMA president Tracy Martin said a notable absence of women in the album and entertainer of the year categories was case of bad timing, since several of Canada's biggest female stars didn't release new material in the qualifying 2019 window.

The CCMA Awards will air Sept. 27 on Global TV.

This report by The Canadian Press was first published July 22, 2020.

The Fringe that Never Was Keeps Festival Spirit Alive with Fundraiser to Raise $1 Million
Aug 4, 2020 6:10 PM

Neil Young sues Trump campaign, deriding use of famous tunes
Aug 4, 2020 5:28 PM
Comments
We welcome your feedback and encourage you to share your thoughts. We ask that you be respectful of others and their points of view, refrain from personal attacks and stay on topic. To learn about our commenting policies and how we moderate, please read our Community Guidelines.