Books written or published in Alberta used to be solely concerned with the province. Now they can be about all sorts of places, often in Asia.
0
Jan 1, 2020 11:00 AM By: Mark Lisac 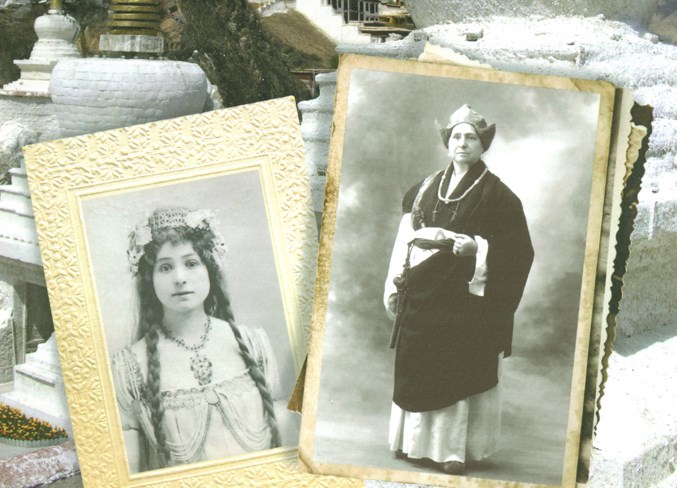 Books written or published in Alberta used to be solely concerned with the province. Now they can be about all sorts of places, often in Asia.

It’s a biographical novel about Alexandra David-Neel, a French woman who became enthralled by Asian cultures in the late 1800s and explored the continent well into the 1900s. Her journeys included a travel in disguise through Tibet, which at the time was still closed to anyone from the outside world, let alone a woman. She died in 1969 in southern France, where her home has become a small museum.

David-Neel’s story is an exotic curiosity. She studied Asian languages extensively and brought a lot of knowledge about Buddhism back to France.

She was also a self-absorbed manipulator. She somehow inveigled her wealthy French husband into supporting her travels even after she effectively abandoned him.

More disturbingly, she took on a 15-year-old translator and assistant named Yongden from a Buddhist monastery and kept him with her through the rest of her life. He eventually moved to France with her, became depressed and alcoholic after dealing with her demands and harshness for 40 years, and died in 1955.

His extraordinary life seems to be at least as interesting as hers. Its sad trajectory and the fact that he has become little more than a shadow in her more celebrated life is a commentary on colonial relations.

Harke presents the book as fiction but it is based on surviving records. It shifts between a first-person narrative as though written by David-Neel and the author’s third-person narrative. That’s an odd choice but the writing is clear. The non-judgmental recounting of David-Neel’s story demonstrates her flaws while showing how unusual her interests and achievements were. (She was not unique, however; the bibliography notes Luree Miller’s On Top of the World, a series of sketches of five early women explorers in Tibet.)

A little older but very well polished and easy to read is Between Clay and Dust by Musharraf Ali Farooqi (Freehand Books, $19.95). It tells the intertwined story of a champion wrestler, his troubled brother, and an aging geisha-like prostitute in Pakistan in the late 1940s or early 1950s.

Farooqi tells the story with a limpid folk-tale simplicity; it almost reads like it could be set anytime in the last 500 years. Despite being closer to an extended short story than a novel, it delivers a strong impact.

The wrestling master and the courtesan stay true to tradition while their enclave in a growing city threatens to crumble under commercial pressure. They navigate repressed emotions, family conflict and the erosion of old ways that they are trying to preserve and that form the guideposts of their lives.

Small in scale and ambition, the book is still a nicely done and affecting work, better than many long novels. (Freehand published it here but it was originally published by Aleph Book Company in India.)