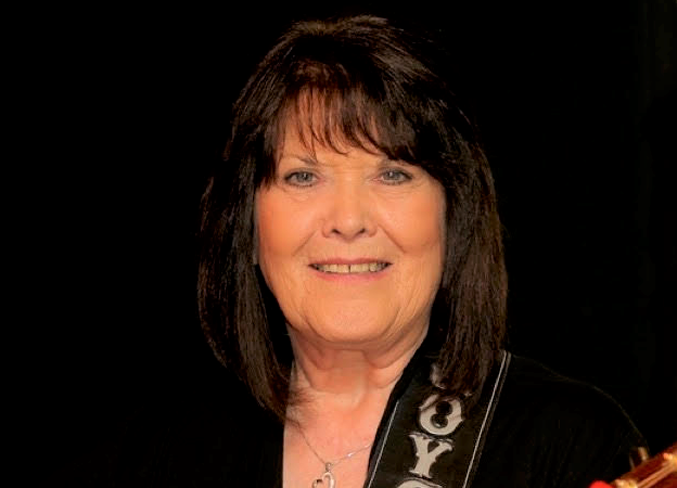 For traditional country singer Joyce Smith, 78, one of those life changing moments came in 1961 in a hockey rink in Killam.

She was a 20-year-old singer with the Rodgers Brothers, a local band lead by Hank and Frank Rodgers that had made a name for itself as a reliable opening act for major touring artists like Ray Price, Faron Young, Wilf Carter, Hank Snow and George Jones.

In 1961, they had just finished three shows with Webb Pierce, a Nashville singer and guitarist known for 1950s-era hits like “In the Jailhouse Now”. At the end of the show Pierce invited Smith on stage to sing one more song and to tell the crowd that he was going to take her to Nashville and get her a recording contact.

Smith was young, but she was no fool. She’d heard promises like that before, but this time it was different. Later that night, Pierce phoned famed Nashville record producer Owen Bradley to tell him about his discovery of a young Canadian singer.

A few months later she was signed to a six-month recording contact with Decca Records, and was in the studio recording four songs with some of Music City’s top studio players, like the Jordanaires and Floyd Cramer. One of those songs was “Leaving on Your Mind,” a haunting ballad penned by Pierce and Wayne Walker.  It had caught the ear of Patsy Cline who, legend has it, also wanted to record it, but the initial recording of the song was given to Smith. (Since then it has been recorded countless times by the likes of Cline, Loretta Lynn, LeAnn Rimes and kd Lang.)

When she got back to Edmonton, she was afraid to let anyone hear the record. She thought her voice sounded awful. But the public felt different. It was played on the radio, sold about 100,000 copies and earned Smith a Country Music Association nomination for Most Promising New Female Vocalist.

“I came back home,” recalls Smith. “They didn’t know what the single was going to do, and after it started to take off, they phoned and said, ‘You should move to Nashville and maybe we could find you some jobs,’ and it was a 'maybe'. I was 20 years old and a little bit worried about going to Nashville on my own and trying to find a job, so I didn’t go.”

Her six-month recording contact was renewed several times and more records were made but she never enjoyed the success of her first record.

But today, she has no regrets.

“I think I could have done more if I had stayed in Nashville… but with no money and no job, it was too much of a gamble.”

In late January she and husband George Myren organized the annual Canadian Country Music Legends concert at Sherwood Park’s Festival Place theatre in front of hundreds of seniors and boomers. They have booked, promoted and performed under the non-profit Canadian Country Music Legends banner every year since 2000 for the purpose of raising money for charity and paying tribute to traditional country music.

After the show Smith and Myren reflected on a long music career that has resulted in six albums, numerous provincial, national and U.S. awards and tours around the world.  Smith still focuses on the traditional country music standards from the 1950s to the 1980s from artists like Ray Price, Ricky Skaggs, George Straight and Patsy Cline.

Smith was born in Lethbridge. Her father was a construction foreman and the family moved around with his work. At the age of five she was in Breton and by nine the family had moved to Red Deer. When she was 13 or 14 the family moved to Edmonton where Smith attended Oliver School until boldly quitting at 15 to focus on a music career.

“I quit school in Grade 9 because I wanted to be this big singer,” says Smith. “I started on a radio show called Jubilee Jamboree on CHED, which played country music in those days.”

The weekly two-hour Grand Old Opry-styled show was recorded at the old Starland Ballroom on Whyte Avenue. Rehearsals were on Wednesday and if you were good enough you got to play for free on the live Thursday show. Smith never missed a show.

“We were just dying to sing and play and yes, we did it for nothing."

At the age of 19 she turned professional, joined the union and became the singer with the local Rodgers Band.

“I jumped at that because they were a pretty big deal at the time. We were called the Rodgers Brothers and Joyce Smith. We did openings for big artists coming to town at the Edmonton Gardens or we would go to Saskatchewan… We toured all over. In the mud and snow and ice and rain."

Around this time, she met George at a rained-out rodeo in St. Paul. George was a record-breaking rodeo champion and musician. They married in 1962 and toured the North American rodeo circuit together, with Smith playing music whenever she could. One highlight was in 1964 when she landed a six-month contract to play at the Panther Hall in Fort Worth, Tex. where she would often sing in front of as many as 3,000 people.

After that the couple settled in Edmonton, had their first of two children two years later and have had steady work ever since.

These days Joyce and George play occasionally. She and George and some members of Rodeo Wind sometimes play for Edmonton-area seniors.

“They love it,” says Smith. “We have some jokes that we tell them. They get up and dance when we are playing.”

Although retirement is rarely a word the couple likes to use, both Smith and Myren are thinking about scaling things down a bit.

With slowly declining attendance at the Canadian Country Music Legends shows, Myren thinks next year may be the last. He imagines a 20th anniversary show featuring an all-star line-up of highlights over the years.

“It’s beginning to get to be too much now.” she says.