Back in the day of the small TV universe

Welcome to Back in the Day, a monthly look back at everyday life in the not-too distant past, from the perspective of one aging Baby Boomer.
0
Sep 26, 2019 1:45 PM By: Maurice Tougas 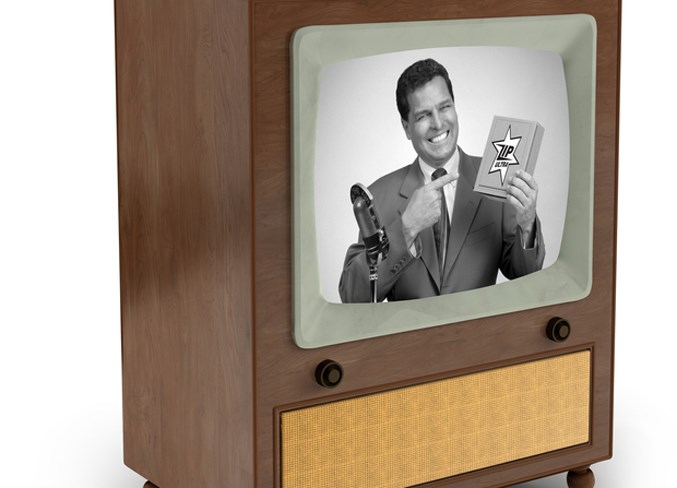 Welcome to Back in the Day, a monthly look back at everyday life in the not-too distant past, from the perspective of one aging Baby Boomer.

Back in the day, in my tiny little universe, there were five seasons – winter, spring, summer, fall and the new TV season.

Yeah, it was time to go (shudder) back to school. But as consolation, we finally had new episodes of our favourites to watch! And new shows to sample! Christmas in September!

The new TV season always held out hope. The great American entertainment industrial complex was comprised only of a monopolistic triumvirate of CBS, NBC and ABC. Oh sure, we had our TV networks. Flashy CTV (which was probably 99% imported American product, with the occasional The Littlest Hobo or The Pig and Whistle shoehorned in as government-mandated Canadian content), and frumpy, dreary CBC (which every fall would offer up yet another season of Front Page Challenge or Don Messer's Jubilee or The Forest Rangers). But American TV was where it was at, as it is today.

Even though there was very little TV when I was growing up – especially compared to today's million-channel universe – there was still plenty of great stuff around. Consider the 1973-74 TV season. CBS had in its lineup All in the Family, M*A*S*H, Mary Tyler Moore, The Bob Newhart Show and The Carol Burnett Show – all on one night! And it was SATURDAY night! A killer line-up like that  gave a date-starved teenager like myself an excuse to stay home on Saturday. After all, as you will remember, if you missed an episode of All in the Family or Newhart, you'd have to wait until it was repeated to see it. Even then, it was conceivable that if you missed an episode of your favourite show ... you might never see it again!

How could that be, a younger person might ask? Well, similar to silent films (the U.S. Library of Congress estimates that only 14% of all silent films made still exist) TV was considered a disposable entertainment. In Britain, an estimated 60 to 70 percent of all BBC programming from the 1950s to the mid-1970s has been literally wiped out. Video tape was very expensive, so when a program on tape was considered to be of "no further interest", it was erased so the tape could be reused (Monty Python's Flying Circus narrowly avoided that fate). In the U.S., almost all of The Tonight Show with Jack Paar and the first ten years (1962–1972) hosted by Johnny Carson were taped over by the network. Even the Super Bowl in its earliest years was not considered worthy of saving; the telecast of Super Bowl I was considered lost for years until a partial copy was found, and Super Bowl II doesn't exist at all. (Remarkably, there are complete Grey Cup game telecasts from the 1950s still in existence.)

Of course, TV back in the day barely resembles TV today. From the programming to the very technology itself, TV of the 1960s looks almost as primitive as silent movies.

TVs broke down with regularity back in the day. If the horizontal hold didn't hold, you might have to keep your hand on the horizontal hold button so you could watch your show. TV used tubes, and if one of those blew, you needed a visit from the TV repair man, or worse yet, a few days in "the shop". Today if you have a problem with your TV, it's often cheaper to buy a new one. No wonder we're running out of room to store our garbage.

Back in the day, network TV was all we had. Today, network TV is at a nadir. Comedies are, with very few exceptions, sappy or derivative. Drama can be divided into three categories: cops, lawyers, and doctors. How many times can you tell the same stories?

Sure, we have dozens of channels today. I have access to about 50 channels right now. But realistically, I watch maybe 10 of them with any regularity. I'm certainly not saying that television was better back in the day. But even with hundreds of channels at our fingertips, there are still days when a refrain from the olden days – "there's nothing on" – can still be heard.