Memoir not just about him, but about Us

There are many reasons for writing a memoir. You may be feeling wistful about reaching a certain age. You may be retired with more time on your hands than you need. Maybe you want to leave your story behind for your children and grandchildren.
0
Aug 28, 2019 11:00 AM By: Jeff Holubitsky 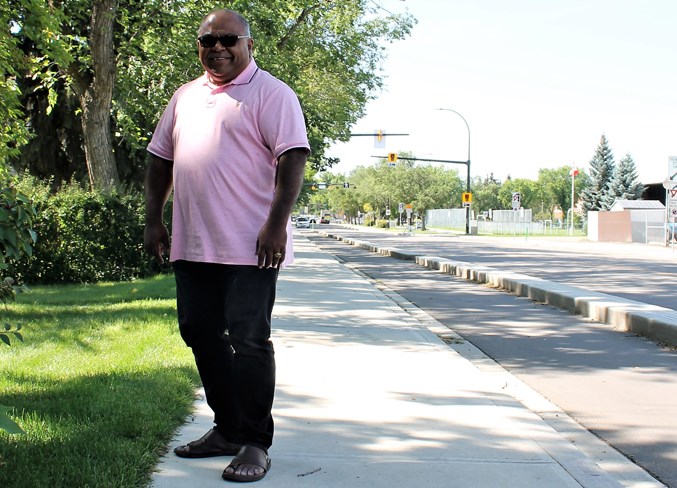 There are many reasons for writing a memoir. You may be feeling wistful about reaching a certain age. You may be retired with more time on your hands than you need. Maybe you want to leave your story behind for your children and grandchildren. Or perhaps you are already rich and famous, and this is a way to become richer and more famous yet.

All may be valid, I suppose, but none accurately describe the motivations of former Edmonton Journal writer and community volunteer Satya Das. For the better part of a decade, he had been working on a collection of essays about several influential thinkers who have had a profound effect on his own attitudes towards human rights, or as Das puts it “the right to be human.”

He says the election of the latest occupant of the White House, whom he purposefully never names, convinced him the time was right to complete this project.

Das begins his book, aptly named Us, with his own privileged early years in India and goes on to describe his travels with his academic parents in the “apartheid” era United States where he encountered separate drinking fountains for “whites and coloreds.” He eventually lands in Edmonton where he adjusts to a new life in Canada.

The core of the book, though, is his intellectual and emotional growth as he tackles the challenges of our times such as racism, sexism, Indigenous rights, the contradictions of China and climate change. Along the way he enlists the words of President John Kennedy, Mohandas Gandhi, Martin Luther King, Nelson Mandela and others all the way up to a courageous young woman named Malala.

When Das first presented his early ideas for the book to his friend Doug Roche, Das says the former senator instantly detected a problem. Without the structure and personal insights of his own story, the book would become just another compendium of great speeches.

As a result, chapters often begin with Das sitting down to a good meal with an engaging companion in far-flung locations. His biggest worry was to come off as self-aggrandizing.

“I asked people who were close to me, who weren’t part of the editing process if it is too much about the ‘greatness of me.’ The book should not be about that,” he says. “A couple of people close to me said it did come close to that, so they changed specific wording and after that said it worked. There can be no self-promotion and no self-advertising if it is going to resonate with people.

“The thing about writing a memoir is can’t be just you,” Das says. “You have to give it to other people who know you to tell you what works and what didn’t.”

Along with his daughter, Silpi Das-Collins, he enlisted long-time friends and colleagues Linda Goyette, Marc Horton and Beno John.

“Linda Goyette pushed me to include the chapter on Indigenous people,” he says. “We really need to take a hard, hard look at our own country. Otherwise I would just come across as a sanctimonious Canadian.”

Das says he insisted on working with professionals to ensure the quality of his self-published book. In addition to having it peer reviewed, he hired both a professional copy editor to go through word by word and a professional artist. Neither comes cheap.

“I asked the young lady who designed the cover how she chose the colour that captured the underlying feeling of the book, and she basically read the manuscript and thought that’s the colour it should be,” he says. “You don’t get that attention to detail with Microsoft Publisher.”

Every detail was thoughtfully considered, he says, including the fonts (Mrs. Eaves XL and Mrs. Eaves) and the printing the book’s run of 2,000 copies on expensive archival quality low-acid paper. Expenses could have been reduced significantly with cheaper paper, but that wasn’t his vision. His total cost for the book is about $25,000, he says, but other self-publishers can produce books for far less.

“It cost the same as a compact car,” he says. “That was my choice, not everybody has to spend that.”

This is the fourth book for Das. His first in 1999 when he still worked as a journalist was published by a commercial press. His other three including this memoir were published by Sextant, set up by his former partner Ken Chapman.

“It’s never been easier to self-publish, but you have to be satisfied with the quality of your work and you only get that satisfaction by hiring professionals to work with,” he says. “You really need to sit down with professional editors.”

Most importantly, you must listen to them. Das says he has occasionally advised amateur writers who balk against the editing suggestions.

“You have to ask yourself if you really think your writer’s notebook is going to be lapped up by the world?” he says. “Seriously?”

Mark Twain may have famously thought the toughest part of writing was getting his butt in the chair but Das disagrees.

“The biggest undertaking was standing in front of the mirror and writing what you actually see, not the articles you’ve read, not everything you’ve built up,” he says. “But to be completely alone with yourself and to look yourself in the eyes and say that if we are going to do this, people have to know everything.

“The biggest failing of anything like this when you are putting yourself on the line and projecting credibility into the narrative as a credible narrator is not to have a glorified biography or a sanitized version. You must know that the person you put on the page is the person you are.

“Everybody’s story is worth telling and if it is done with integrity and moral clarity it will work.”

Copies of Us will be on sale at Audrey Books at 10702 Jasper Ave. after Labour Day for $24.95. Online copies in pdf form can be purchased from www.cambridgestrategies.com for a download price of $14.95, with a 20-per-cent discount with the coupon code "launched." It is also available from that website, for $24.95 with free shipping for a signed and numbered limited print edition.

Das will officially launch Us at 5 p.m. on Sept. 12 at Audreys Books.