Looking to the future: the Citadel moves its season to 2021 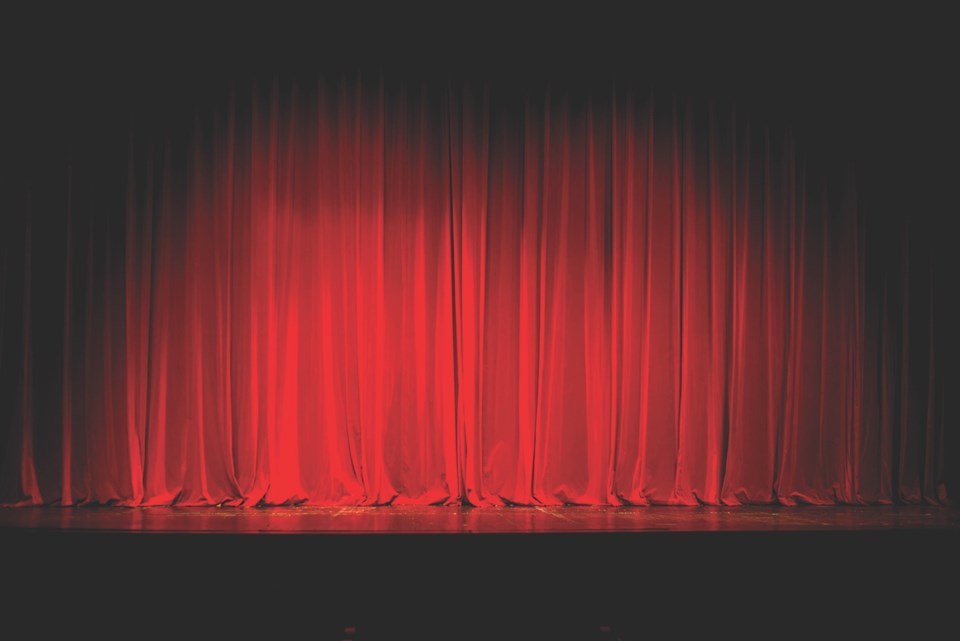 Like several other arts organizations in Edmonton, the Citadel Theatre is shifting its entire season to 2021. Photo: Metro Creative Connection

“I used to be the good news guy,” sighs Daryl Cloran. “I got to call people to tell them ‘hey we’re gonna do your show’ and ‘hey, you’re in the cast’….”

COVID has changed all that. A “hard couple of months” just got harder and sadder this week with the news that the Citadel will delay a return to programming on its mainstages till 2021. The announcement came jointly with similar news about their fall seasons from the Citadel’s fellow large-scale arts companies: Alberta Ballet, the Edmonton Symphony Orchestra and Winspear Centre, and Edmonton Opera.

The entire 2020-2021 Citadel season, or as much of it as possible, moves a year, starting with ELVIS the Musical in the summer of 2021. Before that the Citadel relaunches with “a Spring 2021 mini-season” consisting of Belinda Cornish’s The Garneau Block in March, Matthew MacKenzie’s Bears (a Punctuate!/Dreamspeakers partnership) in April, Erin Shields’ Jane Eyre in May, and Peter Pan Goes Wrong (a co-production with Vancouver’s Arts Club Theatre) in June.

“Our large-scale productions are best served live in front of a full audience,” the theatre announced. Alberta’s Phase 2 plans, unveiled this week, with a 50-person socially-distanced gathering maximum (and no singing), aren’t workable for a theatrical operation on the scale of the Citadel —  artistically, financially, or practically. On or behind the stage, or in the house, “pretty much everything we do is Stage 3, or beyond,” as Cloran says.

“We’re treating everything possible as a postponement (as opposed to a cancellation)…. We committed to these shows and these artists. We wanted to do them. And we still want to do them.” Says Cloran sadly, “planning a season takes a long time; it’s just as long to un-program one.” Not least because it involves co-productions and partnerships with theatre companies across the country.

The theatre did look at alternatives, like “ripping out most of the seats,” says Cloran. “But for big shows we need a big audience — for the size of audience we serve, the scale of stories we tell, and … they cost a lot!” The $1 million budget for a full-bodied mainstage show isn’t unusual; for musicals, the tab is even higher. In short “we can’t do a mainstage show in a 700-seat house for 50 people. Or 100.” In a complex $13 million operation like the Citadel, at least half the revenue comes from ticket sales. So continued, and enhanced, support from government funders, sponsors, and the audience for the theatre and its artists is crucial.

“The information changes daily. But we had to make a decision about a course of action,” says Cloran. “We needed to respect artists and audiences….”

“Theatres across the country, across the world, are all staring into the crystal ball and trying to figure it out. Everyone is making a different call. In Toronto Mirvish Productions has cancelled all productions till the new year. In Vancouver the Arts Club, a regular Citadel co-producer, has cancelled all programming till the fall of 2021. On the other hand Milwaukee Rep, where Cloran’s production of As You Like It was slated to play after its Chicago Shakespeare Theatre run, has announced a 12-show season starting this October.

“Very different approaches and levels of optimism,” as Cloran puts it. “We’ve tried to pick one that’s probably optimistic, somewhat optimistic. And we may still find as we get to spring we won’t be able to roll out as we planned. And we’ll have two adjust as we get more news…. It’s pretty clear to us, in any case, that nothing of any size can happen on Canadian stages this fall. Not till the new year.”

“Each theatre is addressing it individually. But we felt it was time that we had to say some something…. How great it would be if things changed, and we could bring Edmonton A Christmas Carol (live)! But it’s just so unlikely … and we want to be honest!”

Three of those four shows of the Citadel’s Spring mini-season had originally been planned for this season. The Garneau Block had just finished its final dress rehearsal March 13, the night before the first preview, when closure came. The set for Peter Pan Goes Wrong was built, and the production was already into rehearsals. This week’s decision was the third successive time Cloran has emailed that latter cast and creative team with news of another delay: first the summer, then the fall, and now next spring.

The return of audience confidence is a great mystery, as Cloran acknowledges. “The way we engage audiences is going to change so much,” he thinks. “How do we ensure the safety of 600 or 700 people at a time?” It’s not just a matter of having hand sanitizer on hand; “it’s how to get people in and out of the theatre, for example.”

This fall the Citadel will experiment with “digital creations” and live “micro-performances,” as a way of encouraging people to come back to the theatre. Meanwhile, they’ve launched [esc], an electronic story creation series. “We’re not locking the doors and turning out the lights,” says Cloran.

The liveness of live theatre is something precious and unique. In his conversations with artistic directors across the country, Cloran says, everyone talked about “the feeling of being close, sharing, feeling you’re experiencing something with other people….” It’s something the online world can’t give you. But in the interim, one thing the success of Citadel’s Stuck in the House digital series has proved to him — the 80 videos by local artists got over 200,000 views — is “how many people want a bit of art in their lives; they want to connect with artists they know and love…. Art is such an important part of the fabric of Edmonton.”

Carl Reiner, beloved creator of 'Dick Van Dyke Show,' dies
Jun 30, 2020 8:30 AM
Comments
We welcome your feedback and encourage you to share your thoughts. We ask that you be respectful of others and their points of view, refrain from personal attacks and stay on topic. To learn about our commenting policies and how we moderate, please read our Community Guidelines.