To anyone under the age of 50, the name Red Skelton may not ring any bells. But to people of a certain age, the name brings back memories of a simpler time when the ever-laughing, irony-free Skelton was one of TV's biggest stars.
May 3, 2018 10:00 AM By: Maurice Tougas 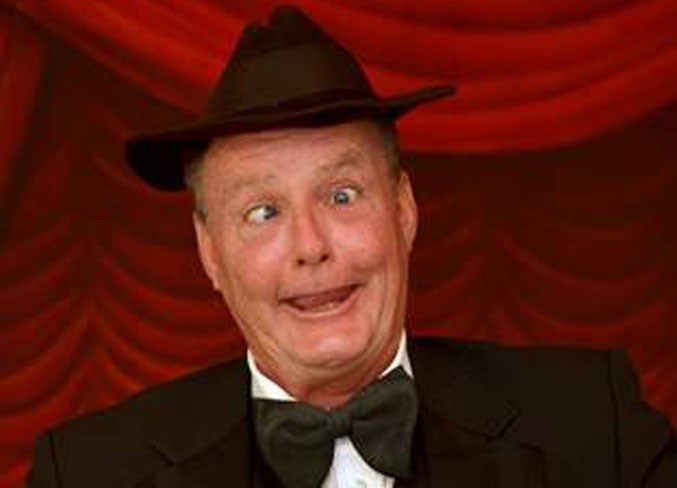 To anyone under the age of 50, the name Red Skelton may not ring any bells.

But to people of a certain age, the name brings back memories of a simpler time when the ever-laughing, irony-free Skelton was one of TV's biggest stars. Skelton, who went from vaudeville to radio to movies to TV, was a major star on the small screen from 1951-71.

Alan Greenwood remembers Red, and he has found thousands of other Canadians do as well. While Skelton has been gone since 1997, he comes back to life in Greenwood's one-man 'Reflections of Red' show, which is coming to multiple seniors centres in Alberta in May.

The Ottawa-born Greenwood, now living in Kelowna, has a multi-faceted background.

Like Skelton, whose most popular character was a clown named Freddie the Freeloader, Greenwood is a clown at heart. He calls his character Fizzlepop, and he's been doing it for 35 years. He stumbled upon clowning while auditioning for a show called Barnum, where he had to learn basic clown routines. That led to requests for him to perform as a clown at children's birthday parties.

"They started handing me money," Greenwood says in an interview. "That changed my whole perspective; you get paid to play."

Realizing that he could take clowning seriously to make some money, he signed up for a course called Advanced Studies in the Art of Clowning, in Virginia. After attending as a student in the early nineties, Fizzlepop became a big hit at the camp where he returned in 2006 and 2008 as an instructor with the camp.

While living in Ottawa and not clowning around, he had  variety of careers. He worked for the provincial and federal governments, owned a clown magic store, managed restaurants and bars, and taught theatre at Algonquin College. When the theatre arts program was cancelled, he and his wife decided to make the move west.

In 2010, Greenwood had one of those 'now or never' moments. In his 50s, and just having lost a younger brother to cancer, he felt that "now was the time to try something if I was going to try something."

He wanted to return to the stage, but keep the clown part of his performance. Performing as Red Skelton blended the two desires perfectly.

"I watched a lot of Red’s DVD’s," he says about his preparation for the Red performance.  "I rehearsed from breaking down the scene one frame at a time in some cases."

The studying paid off. He debuted as Red in 2008, and has done his Tribute to Red show thousands of times since.

He never met Skelton, but he did meet the comedian's widow while attending the opening of the Red Skelton museum in Vincennes, Indiana, Red's hometown. It did not go well.

"A Canadian had a better reputation of doing him than the others, so she did not take too kindly to me," he says, still somewhat bewildered by her attitude.

Others, however, have been kinder. Greenwood recalls visiting an art gallery in Whistler that had a display of Red Skelton paintings. Greenwood launched into his pitch-perfect Red impression, which impressed the gallery owner. She went to the back of the store, brought out a signed Skelton photo, and gave it to Greenwood. Asking why she wanted to give them away, she said that she had been Red's personal secretary for 19 years "and he would have wanted you to have it."

He does two different shows; a one-hour show for seniors groups, and a 90-minute show for legion halls and service groups. Every show ends with Freddie the Freeloader, Skelton's most popular character. Greenwood transforms himself into the clown character in front of the audience.

He does his Skelton tribute anywhere from 75 to 125 times a year. He'll be doing 27 shows on his Alberta swing, travelling alone, and not making a huge amount of money doing it. His wife wants him to find something a little more lucrative to do with his time, but he won't stop, partly because it's the only comedy show aimed at a seniors' audience in all of Canada.

"I think it's sad that I'm the only one who does a comedy show for seniors, because there are so many laughs left in seniors. I wish I could go to every one and make them laugh.

"A lot of women tell me that it's the first time they've laughed since their husband passed away."

Aside from the Skelton characters, he recreates some of Skelton's most famous skits. And of course he ends it with one of Skelton's traditional send offs.

"I honestly believe that our purpose in life is to build and not to destroy," Greenwood says over the phone in a pitch-perfect Skelton impression. "And if at some time you are not feeling well, and you remember some little thing I have said or done, and if that brings a smile to your face or a chuckle to your heart, my purpose as a clown has been fulfilled."

Dates and locations for Reflections of Red can be found at www.tributetored.com