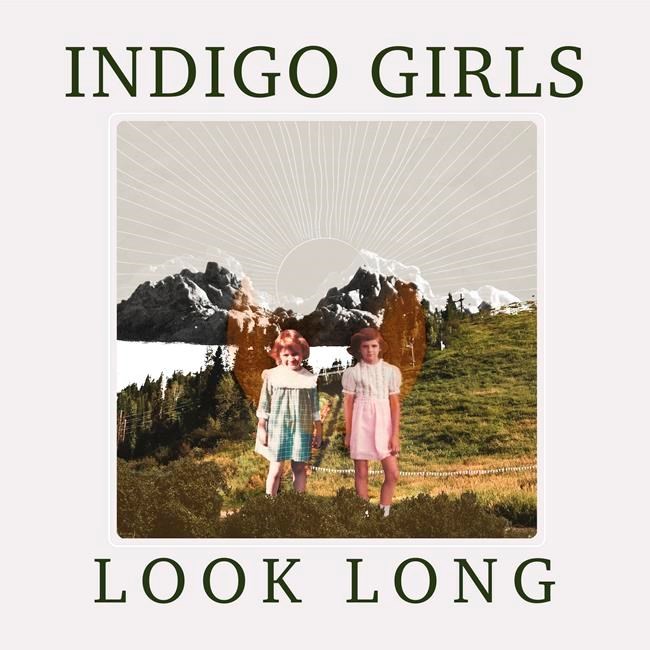 “Look Long” is the Indigo Girls’ first studio album in five years, a passionate and tuneful collection on which the combined voices of Amy Ray and Emily Saliers sound as instinctive and magical as ever.

Recorded in England at Peter Gabriel’s Real World Studios, it’s where they made 1999’s “Come On Now Social,” one of their most memorable albums.

While this one foregoes the impressive all-star guests which then included Sheryl Crow and Garth Brooks, it sees the return of producer-drummer John Reynolds and some of the excellent supporting players, like bassist Clare Kenny and keyboardist Carol Isaacs.

With 11 songs covering themes from romance and parenting to family memories, gun culture and gay identity, Ray and Saliers do their best to rinse the salt out of a few wounds, gently dress others and also attempt some preventive care.

The yearning “Country Radio” is about “just a gay kid in a small town” who hears and loves the songs, even if the stories don’t quite fit his identity.

“Muster” questions gun culture and all sorts of violence with a mandolin-supported melody, while “Change My Heart” focuses on galactic vibrations and the consequences of the “American schism.”

“Feel This Way Again” and “ Flavor” deal with the challenges of being a parent, the sweet harmonies and banjo of the former reminding of the Dixie Chicks, while the latter is a joyful pop tune with backing vocals from Lucy Wainwright Roche. It’s a quirky creation, like a collaboration between fellow Georgians R.E.M. and the B-52s.

Indigo Girls are their most elemental and best on “Look Long,” with Reynolds and the ace band attractively sprucing up the tunes without breaking the duo’s foundational folk-rock .

Update: Canadian singer Bryan Adams faces backlash over COVID-19 social media posts
May 12, 2020 8:15 AM
Comments
We welcome your feedback and encourage you to share your thoughts. We ask that you be respectful of others and their points of view, refrain from personal attacks and stay on topic. To learn about our commenting policies and how we moderate, please read our Community Guidelines.