“Land of Big Numbers,” by Te-Ping Chen (Mariner Books) A Chinese tech company recently made headlines for its use of “smart” cushions in office chairs to monitor its employees’ workplace performance.
Feb 7, 2021 10:45 AM By: Canadian Press 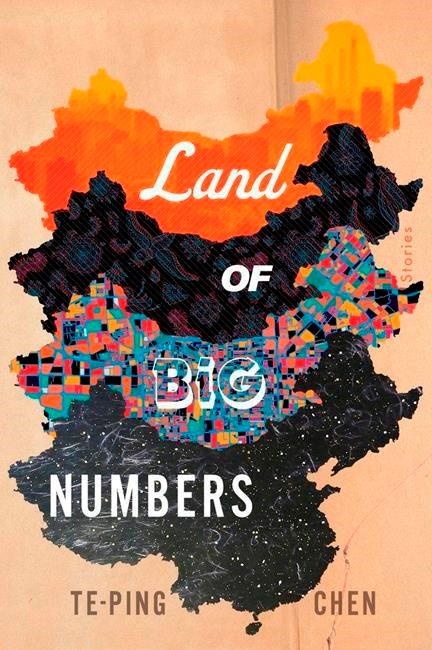 A Chinese tech company recently made headlines for its use of “smart” cushions in office chairs to monitor its employees’ workplace performance. It’s the kind of creepy surveillance you’d expect in the dystopian fiction of George Saunders — and now, the blazingly talented newcomer Te-Ping Chen.

The daughter of Chinese immigrants, Chen is a reporter for The Wall Street Journal who spent several years covering Hong Kong and Beijing for the newspaper. In her debut story collection, “Land of Big Numbers,” she moves effortlessly between the two countries, illuminating the lives of ordinary, often damaged, people on both sides of the Pacific.

Some of her characters are depicted as victims of the cruel conditions of their society, whether it’s the totalitarian rule of Communist China or the rampant consumerism of capitalist America. Others are just wounded souls.

In “Field Notes on a Marriage,” an American anthropologist with gauzy, romantic notions of China visits the parents of her Chinese husband, who has committed suicide, and learns terrible truths about both him and the government. In “Beautiful Country,” a Chinese-born nurse in Tucson, Arizona, settles for a narcissistic, condescending American boyfriend because she wants to start a family and bring her parents over from China.

Sometimes, the stories take a turn for the surreal, as in “Gubeikou Spirit,” when a group of Beijing subway riders is trapped for months in an underground station. “New Fruit” is a strange and beautiful allegory about a nectarine-like hybrid that initially produces euphoria in anyone who eats it, followed by bitterness and despair. Is it a commentary on the arc of political revolutions — or just a beguiling story?

Chen has said she’s interested in the trade-offs people are willing to make to prosper under repressive regimes, yet she is the least didactic of writers. Her characters are finely etched, often quirky, sometimes wonderful, like the lovable old man of “Flying Machine,” proud inventor of a noodle-slicing robot, determined to build an airplane out of flotsam and jetsam — even though he doesn’t know how to fly — to gain admission to the Chinese Communist Party.

In an interview with the New Yorker, where her first published story “Lulu” appeared in 2019, Chen was asked to reflect on her dual-track career. “Journalism is like writing in a bright, sunlit room,” she said. “Fiction is much more solitary, a kind of walking in the dark.” These stories combine both — the unadorned clarity of the very best newspaper writing and the inspired, weird, poetic inventions of fiction. Chen is the real deal.