“The Law of Innocence,” by Michael Connelly (Little, Brown) After celebrating his latest trial victory at a local pub, Los Angeles criminal lawyer Mickey Haller gets behind the wheel of his Lincoln, drives a hundred yards or so down the street, and g
Nov 10, 2020 2:15 PM By: Canadian Press 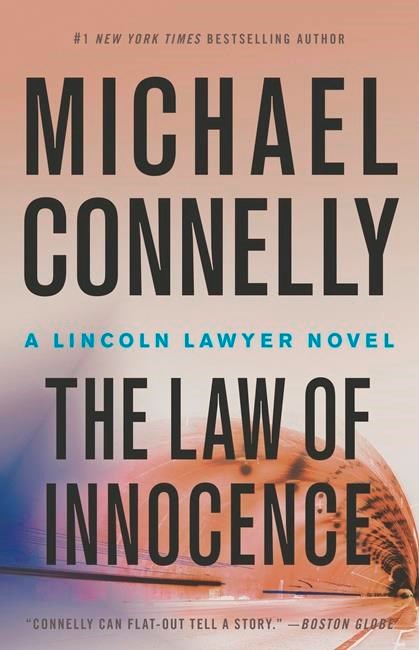 “The Law of Innocence,” by Michael Connelly (Little, Brown)

After celebrating his latest trial victory at a local pub, Los Angeles criminal lawyer Mickey Haller gets behind the wheel of his Lincoln, drives a hundred yards or so down the street, and gets pulled over by the LAPD.

At first, Mickey thinks it’s just a DUI check, but the officer spots what appears to be blood dripping from the back of the car and asks Mickey to open the trunk. Not without a warrant, Mickey says, but he’s just bluffing.

“Exigent circumstances,” the officer says. After all, there could be someone still alive in there.

So begins “The Law of Innocence,” the sixth novel in Michael Connelly’s Mickey Haller series. Inside the trunk, the cop finds the corpse of a conman who was once Mickey’s client, so the character first introduced in “The Lincoln Lawyer” in 2005 is promptly charged with first degree murder.

Fans who know Mickey will immediately recognize that he’s being set up, but the frame is exquisite. Forensic evidence proves that the victim was shot after being placed in the trunk and that the crime occurred inside Mickey’s garage. Worse, police soon uncover a motive: the victim had stiffed Mickey on a big legal bill.

When a crusading prosecutor persuades a judge to set bail at $5 million, Mickey finds himself trying to formulate a strategy from behind prison walls. Although he is determined to represent himself, reinforcements arrive in the form of his ex-wife, a lawyer affectionately known as Maggie McFierce, and his half-brother, retired LAPD detective Harry Bosch, who is also the main character in another series of crime novels by the author.

With the trial date looming, the team gradually discovers that the conspiracy to frame Mickey runs deep. The byzantine plot includes corruption in the L.A. Sheriff’s Department, an undercover FBI investigation, and an organized crime scheme to defraud the United States government.

Connelly’s novels have long been distinguished by his mastery of the complexities of the justice system including an ability to get police and courtroom procedures exactly right. Combine this with a cast of well-drawn characters, writing as precise as a Patek Philippe watch, and a propulsive plot, and the result is one of the finest legal thrillers of the last decade.

Bruce DeSilva, winner of the Mystery Writers of America’s Edgar Award, is the author of the Mulligan crime novels including “The Dread Line.”

It isn't Christmas without A Christmas Carol
Nov 24, 2020 2:18 PM
Comments
We welcome your feedback and encourage you to share your thoughts. We ask that you be respectful of others and their points of view, refrain from personal attacks and stay on topic. To learn about our commenting policies and how we moderate, please read our Community Guidelines.