In 1892, about five years after the Salvation Army arrived in Calgary, the Salvation Army Glenmore Temple Band played brass band arrangements to accompany church services and other events. In 2016, a full 125 years later, the band plays on.
Jul 26, 2017 12:00 AM By: Victoria Paterson 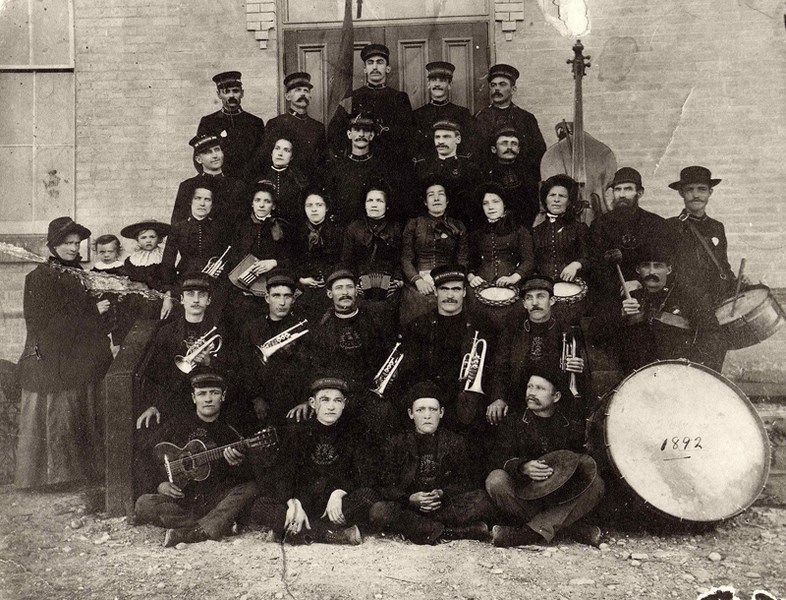 Originally known as the Calgary Citadel Band, the name was changed to the Glenmore Temple Band when the congregation moved from downtown to its current home along Elbow Drive around 1970. While 125 years for a Salvation Army band is impressive out west, bands from eastern North America or England can often claim even longer legacies, says band manager Kevin Holyrod.

“For Calgary, there's not much that's older than we are,” Holyrod says.

The band has marched in all but three Stampede parades since its inception 105 years ago. Two absences came during the Second World War, while the third was in 2016, when there weren't enough spots for all the bands that had applied to play in the parade. But this year, in part because of the band's anniversary, the band was back in the parade.

The Salvation Army started bands as a way to help attract attention to the services, Holyrod says. While the music selections are typically hymnal in nature, the band's arrangements of those numbers can range from more traditional to modern fare. The Glenmore band's repertoire even includes a light rock rendition of The Lord's Prayer.

Band master Jeff Haskey says he tries to pick music that will appeal to the 35-member band's wide age range, as well as to the congregation.

“We basically play it all,” Haskey says. He particularly likes that with a brass band, a big triumphant ending to a song has quite an impact.

Band membership ranges from young teens to octogenarians, and is often a family affair, with different generations joining the band. Haskey has been the bandmaster since 2011, but has played the cornet in the Glenmore Temple Band for 27 years, since he was 16. His father and grandfather have both played in Salvation Army bands, and today Haskey's wife and two oldest children play as well, with his youngest participating in the junior band.

It was family that got Carolynn Barkhouse, a tenor horn player, into playing as part of her Salvation Army service. She has been with the Calgary band for 21 years, but she started playing when she was eight years old and her parents were putting on Salvation Army chapel services at a men's hostel in Quebec City. She and her father would play duets.

Asked why she has stuck with the band for so long, Barkhouse says it's part of her worship.

“I would say for me it's my ministry to God,” she says, a sentiment echoed by Holyrod and Haskey.

“A lot of bands just play for making music … but there's a purpose to what we're playing,” Haskey says.

“We also see it as a calling; this is not just a thing that we do. We try to do the best that we can, but it's all in service, it's all part of a service to God,” says Holyrod.

That service doesn't mean the band members don't have fun – all three recollect good times had on band trips, or marching in the Stampede parade.

Holyrod, who started playing with the band as a teen, was thrilled by accompanying and playing for some skilled professional musicians like Philip Smith, the former principal trumpet of the New York Philharmonic, and Dudley Bright, the principal trombone player for the London Philharmonic, during a music series at the University of Lethbridge.

The Glenmore Temple Band has also had members who have made good in the music industry, like Juno-nominated musician Wayne Chaulk, and Dave Pierce, who's the executive producer for the Calgary Stampede's grandstand show.

It's been more than a century, but Holyrod said the music won't be stopping anytime soon.

“This is something we hope to keep doing for another 125 years.”