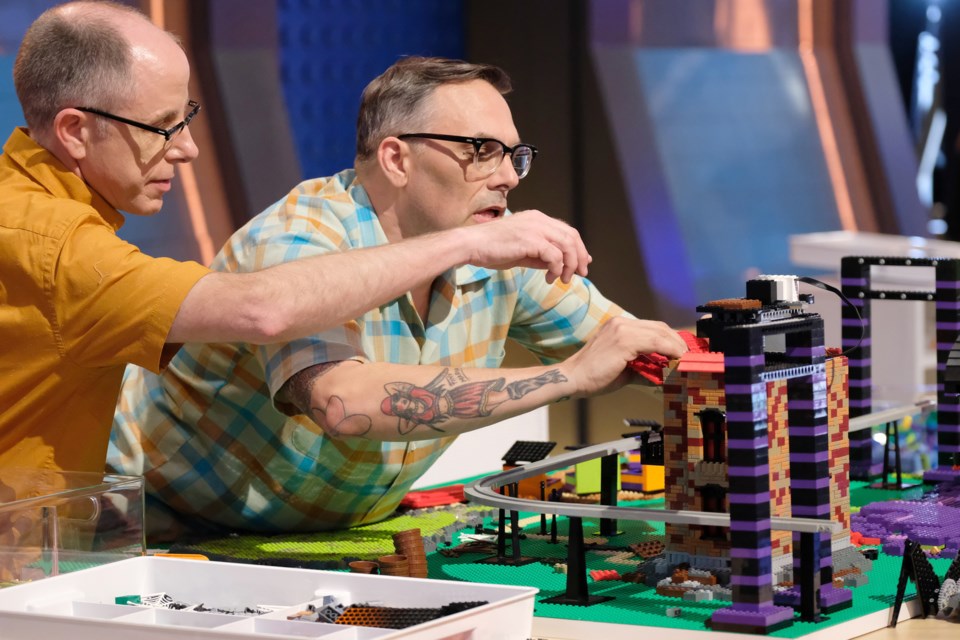 What with all the new streaming services, television has changed dramatically in recent years.

Still, the more things change, the more they stay the same. Take the recent gathering of reporters and talent at the Television Critics Association winter meetings in Pasadena, California. The year is 2020, but some of the stars and shows date back to the 1960s.

One such legend is Norman Lear, the comedy mastermind behind such timeless classics as All in The Family, The Jeffersons and Maude. Lear, 97, was back at press tour in January to help promote the new version of One Day at a Time, returning for a fourth season on something called Pop TV (not available in Canada).

Lear travels with a cane these days but his mind remains as sharp as ever. Asked if he consciously thought about social impact when he created All in the Family in the ’70s, Lear just shook his head.

“I never sat down to cure America of its problems. I just reflected them.”

One of the stars of the new One Day at a Time is Rita Moreno. Now 88, the Emmy, Golden Globe, Oscar and Tony award winner first auditioned for Lear 20 years ago. She was up for the part of actor Charles Durning’s wife in a pilot which ultimately did not sell. Producer Lear gave her a backhanded compliment at the time, telling her nobody would buy that she was old enough to play the part.

Moreno was not in a mood to be flattered. “I hadn’t worked for two years,” she told critics. She went back to her car and “wept for two hours.”

Things seem to be working out just fine now. Moreno just finished shooting a revival of “West Side Story” for Stephen Spielberg.

One other actress at press tour makes Moreno look like a newcomer. Cicely Tyson is 95 years young.

She was there to promote Cherish the Day, a new series premiering this month on OWN: Oprah Winfrey Network.

Tyson is best remembered for her award-winning performances in “Sounder” (1972) and “The Autobiography of Miss Jane Pittman” (1974) as well as Roots. Her credits date back to something called Frontiers of Faith in 1951. In the ‘70s, she guest starred on everything from The Courtship of Eddie’s Father to dramas such as Gunsmoke and Mission: Impossible. Recently, she’s appeared in Madam Secretary, How to Get Away with Murder and House of Cards.

Tyson was asked what she does to, as the title of her series suggests, cherish the day.

“Just be grateful that I have the day,” she replied. “The first thing I say in the morning is, ‘Thank you for another one,’ okay? Because you know how old I am? I mean who in the world lives to be my age? I can’t figure it out myself.”

NEW OR RETURNING IN FEBRUARY:

Lego Masters (Wednesdays on Fox). A new game show pits 12 two-person teams against each other in a contest to see who can build the coolest thing out of Lego bricks. Yes, it has come to this. Produced for some reason, by Brad Pitt.

Tommy (Thursdays on CBS and CTV). Remember Edie Falco from The Sopranos? Well, fugetabout her being a crime don’s wife. She’s now on the right side of the law as the LAPD’s first female chief of police. From the folks behind such shows as Bull and Homicide: Life on the Street.

Survivor (Wed., Feb. 12, CBS and Global). The granddaddy of all the reality competition shows returns for a 40th edition, with 20 previous winners returning to see if they can add another million dollars to their previous winnings.

American Idol (Sun., Feb. 16, ABC). Yes, this is still on. Lionel Richie, Katy Perry and some other guy hosts.

El Camino: A Breaking Bad Movie (Sun., Feb. 16, AMC). If you were a fan of Breaking Bad and didn’t see this TV-movie sequel earlier because it was on Netflix this is your chance to see it on AMC. Aaron Paul is back as Jesse and Bryan Cranston also makes a cameo in a flashback as notorious Walter White.

Outlander (Sun., Feb. 16, Starz and W Network). This time-hopping, Scotland-based historical romance series returns for a fifth season with Jamie and Claire together at last – for now.

‘Lean On Me,’ ‘Lovely Day’ singer Bill Withers dies at 81
Apr 3, 2020 8:50 AM
Comments
We welcome your feedback and encourage you to share your thoughts on this story. We ask that you be respectful of others and their points of view, refrain from personal attacks and stay on topic. To learn about our commenting policies and how we moderate, please read our Community Guidelines.