Woman ranchers get their due

Ranching Women in Southern Alberta, by Rachel Herbert University of Calgary Press, 166 pp., $29.95 “This book intends to write ranch women into western history,” the author says in the introductory chapter.
0
Jan 1, 2019 11:00 AM By: Mark Lisac 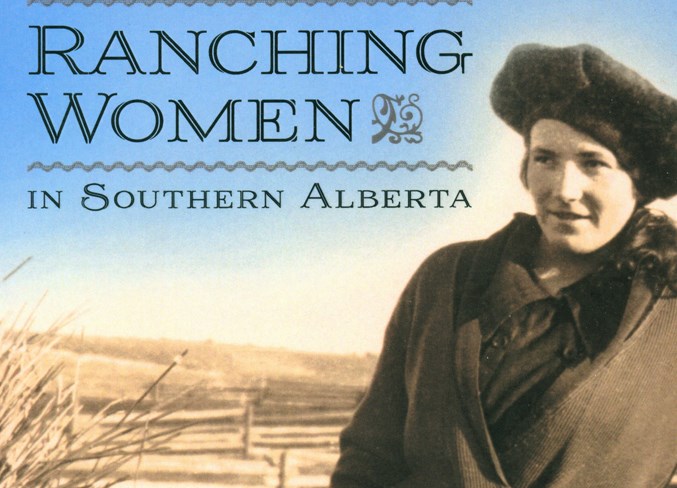 “This book intends to write ranch women into western history,” the author says in the introductory chapter.

She sets out to overturn the idea that early ranching in southern Alberta was conducted solely by men and that women were an almost negligible part of the story.

The message is delivered loud and clear, with a lot of supporting evidence. Most of it is really interesting evidence, too.

Herbert concedes that men outnumbered women in the early ranching years in southern Alberta by about a 3:2 margin. The most prominent owners of the biggest ranches were also men.

But women were doing important work on ranches. Not just household work, either. Herbert presents considerable documentation and photographs showing that women worked in the pastures and corrals, and in some cases operated ranches on their own.

The book also covers a few subjects that would not occur to most academic or popular historians.

Childbirth was a serious, sometimes fatal, and often frightening experience for women in isolated prairie homes. Riding horses brought women into direct contact with the landscape; riding was also an emancipation from a confined, home-based lifestyle. Women working with cattle produced innovations in both clothing and saddle-making.

Herbert’s look at the real life of ranch women from about 1874 into the 1940s is an eye opener. It not only fills out the historical record, it makes a reader think in new ways. That’s a recommendation for any book, especially one based on as much research as this one is.

The plentiful old photographs support the words. The pictures range from intriguing work images to poignant glimpses of children and of early recreation in a windy, sparsely settled land.

There’s a price to pay for all this entertainment and education.

Herbert is part of a fourth-generation ranch family at Nanton and thought of doing this study when she began her own family and cattle herd.

Readers have to tolerate the resulting specialized language and specialized ways of thinking. That includes phrases such as “ficto-critical” and assertions such as: “The ideological boundaries distinguishing the socially constructed female private sphere of the home and the masculine public sphere of productive labour in urban Victorian and Edwardian society were present on the frontier, but not rigid or impermeable.”

The specialized scholarly stance reflects the attitudes of 21st-century academics with a reformist agenda. It makes for an odd contradiction as well as occasionally distracting reading. The arcane passages were produced by someone who grew up in the same territory where a ranch woman serving dinner to a visiting royal allegedly told him: “Keep your fork, prince, there’s pie.” (Several versions claim it was “Keep your fork, Duke,” and uttered by a waiter in northern B.C.) Plain speaking may have faded into history along with some of the big, old historic early ranches.

The essence of the story still shines through. It’s a rewarding read.

Available at some bookstores and online, with some online prices varying around $25.