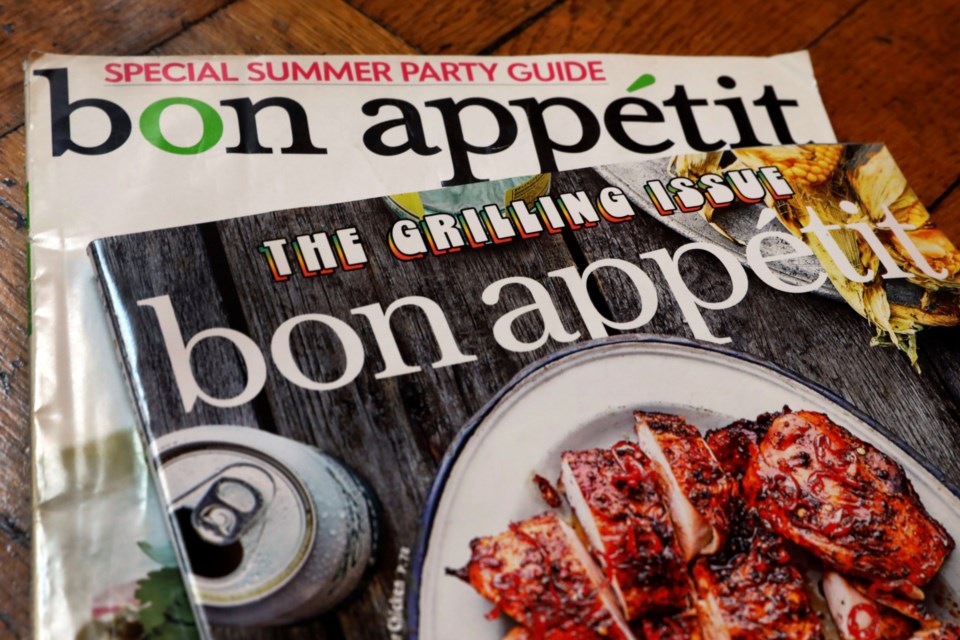 Bon Appetit, whose top editor resigned Monday after a staff revolt over an offensive photo and longstanding issues involving treatment of people of , said Wednesday that “our mastheads have been far too white for far too long” and promised major changes at the magazine.

The announcement came in an unsigned statement attributed to staff at both Bon Appetit and Epicurious, a foodie . Both are owned by luxury magazine publisher Conde Nast, whose CEO, Roger Lynch, issued his own statement of support for the effort.

The staff statement called Bon Appetit “white-centric” and said it frequently marginalized “non-white stories" as not newsworthy or trendy. Many people of were hired for “entry-level positions with little power,” it stated.

To fix that, the statement said that both publications are “prioritizing people of for the editor in chief candidate pool, implementing anti-racism training for our staff, and resolving any pay inequities that are found across all departments.” Lynch said in his statement that Conde Nast plans to release a “comprehensive pay equity analysis” by the end of this year.

Bon Appetit's Sohla El-Waylly, an assistant editor and former restaurant owner who is one of the magazine's YouTube stars, said Monday that she was hired last year at a $50,000 salary to assist white editors with less experience than her, and was not paid for her video appearances while white editors were. Several of her colleagues said they would not participate in more videos until pay was fair.

Other current and former journalists at the magazine said this week that problems went beyond the departing top editor, Adam Rapoport, who resigned after an old Halloween photo surfaced in which he wore a stereotyped Puerto Rican costume. A photographer, Alex Lau, said he left Bon Appetit in part because when he felt that changes he and other staffers of pushed for were ignored.

Top editors have departed several media companies this week as rallies against police brutality have sparked conversations around race in the workplace and journalists of speak up about policies at their organizations.

Anna Wintour, Vogue’s top editor and Conde Nast’s artistic director, also apologized last week for “mistakes” in not doing enough to elevate black voices and publishing images and stories that have been racially and culturally “hurtful or intolerant.”

Calgary Stampede's drive-thru fair foods: Don't miss the mini-donuts
Jul 2, 2020 9:16 AM
Comments
We welcome your feedback and encourage you to share your thoughts. We ask that you be respectful of others and their points of view, refrain from personal attacks and stay on topic. To learn about our commenting policies and how we moderate, please read our Community Guidelines.