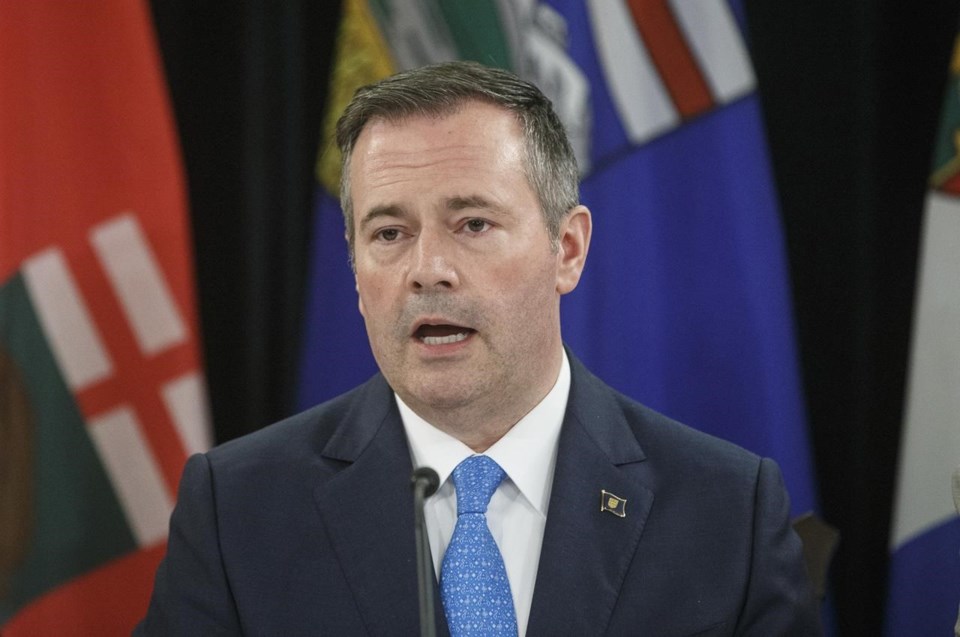 Premier of Alberta Jason Kenney speaks to media during the Western Premiers' conference, in Edmonton on Thursday, June 27, 2019. THE CANADIAN PRESS/Jason Franson

EDMONTON — A food service industry spokesman says he expects a staggered start when restaurants get the green light Thursday to reopen in Alberta.

Mark von Schellwitz, western vice-president for Restaurants Canada, says owners are crunching numbers to see if they can at least break even by opening at half capacity while still paying existing and new costs, retraining staff and adapting to health measures to limit the spread of COVID-19.

"They're going to operate on their own timeline ... that can range any time in the next week, (while) some may even take a couple of weeks to get fully open."

Schellwitz said restauranteurs appreciate guidelines issued Monday by the province, but are seeking further information on health and safety rules and details on how, for example, mall food courts will operate versus stand-alone restaurants.

Restaurants, retailers, hair stylists and barbers, and daycares are among the businesses being allowed to resume services this week as COVID-19 case numbers and hospitalizations suggest Alberta has flattened the curve of infections.

Public gatherings are still limited to no more than 15 people.

Economic Development Minister Tanya Fir has said information and health guidelines are to be updated online as more businesses and sectors reopen.

For now, restaurants, bars, pubs and patios, must operate at half capacity with a minimum two-metre distance between tables.

Von Schellwitz said larger problems remain for the industry and its  11,000 restaurants in Alberta. He said more help is needed with core problems such as rent relief, access to operating capital, and wage subsidies to get them through the crisis.

"Half the restaurants in Alberta were closed during this whole pandemic, (while) some reopened slightly for takeout and delivery," he said.

"Our last survey indicated that 70 per cent of (Alberta) members are concerned that they will not have enough liquidity to pay their vendors, rent, and other expenses over the next three months."

Notley said there should be $5,000 per business for physical improvements to meet public-health orders, $5,000 for startup costs related to retail and services sectors, and $10,000 for the hospitality sector, given that the industry has perishable inventory.

She also said the government's guidelines lack detail on which rules are recommended and which ones are mandatory.

"It's not confidence-instilling, and Albertans need to see better," said Notley.

"My very strong impression of what happened here is the UCP cabinet set a date for reopening and then the public service was forced to scramble after the fact to put together guidelines."

Business owner Brittany Anderson, who joined Notley at the news conference, said she has used federal wage subsidies to help keep staff on, but needs help with big-ticket costs such as rent.

"We're seeing light at the end of the tunnel, but we need help getting there," said Anderson, whose company provides virtual gaming and laser tag.

"I don't know anyone in the business community that can go without revenue for six months without any help."

This report by The Canadian Press was first published May 12, 202.