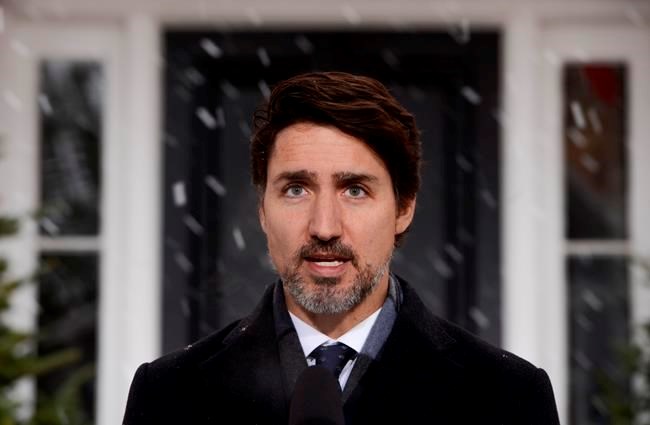 TORONTO — Amid crippling job losses across the country due to COVID-19, the federal government on Thursday warned the number of Canadians killed by the novel coronavirus would likely double over the next week and could reach thousands over the course of the pandemic.

If stringent measures remained in place, the country's top public health officer predicted the virus could cost at least 4,400 lives over its course. Had such controls not been implemented, models indicate as many as 80 per cent of the population could have been infected, with as many as 350,000 deaths.

"These stark numbers tell us we must do everything we can now to remain in that best-case scenario," Dr. Theresa Tam said in a sombre presentation. "We must minimize the population infected ... in order to keep deaths, ICU admissions and hospitalizations as low as possible."

In response to the projections, Prime Minister Justin Trudeau said it would take months of determined effort to temper the worst outcomes. Canada, he said, was at a crossroad, and how scrupulously people observed isolation measures would determine what happens.

"We are going to continue to lose people across this country in the coming weeks," said Trudeau, who noted normal was still a long way away. "We will not be coming back to our former normal situation; we can't do that until we have developed a vaccine and that could take 12 to 18 months."

Tam said the spread of the virus appeared to be moderating somewhat and that Canada could bring the epidemic under control by the end of summer if social distancing and other measures were strictly adhered to. With spotty controls, she said, we could still be battling the tail end of the pandemic a year from now.

The number of Canadians infected with the flu-like virus passed the 20,000 level on Thursday, with 504 deaths. Quebec, with almost 11,000 cases, reported 41 new deaths, 216 in all. Ontario said the virus has killed 200 people so far — an increase of 26. The new total of infections in the province is 5,759 others. One death was a worker at a hospital in Brampton, Ont.

Globally, the flu-like pandemic has infected more than 1.5 million people, about 93,000 fatally, according to latest international data. The U.S. appeared to become the country with the highest number of known COVID deaths in the world — more than 15,000 — with New York State alone having more cases than any country excepting the U.S. itself.

Given the bleak American situation, Tam said keeping the common border closed to all but essential traffic was critical.

"We are different from what is happening in the United States in terms of their epidemiology," Tam said. "We want to be able to stay within that epidemic control curve that I presented today, so we'll be doing everything that we can."

Experts say frequent hand-washing and keeping at least two metres from others is the most effective way to curb the pandemic and ease the burden on the health-care system.

The isolation measures — governments and health authorities have either urged or ordered people to stay home and non-essential businesses to close — have brought commercial life to its knees.

Just how deep the restrictions cut was seen when Statistics Canada reported on Thursday that more than one million people lost their jobs in March. The result was a 40 per cent jump in the monthly national unemployment rate to 7.8 per cent, up from 5.6 per cent at the end of February — a "punch in the gut," as Ontario Premier Doug Ford put it.

The spike was the worst showing in 40 years of data gathering and the April situation was expected to be even worse, economists warned.

One glimmer of light did emerge job-wise: WestJet said it would put 6,400 employees bank on payroll with help from Ottawa's wage subsidies. Air Canada had similarly said 16,500 of its laid-off employees were taking advantage of the program.

-With files from Canadian Press reporters across the country.

This report by The Canadian Press was first published April 9, 2020.