The appeal of bridge is timeless 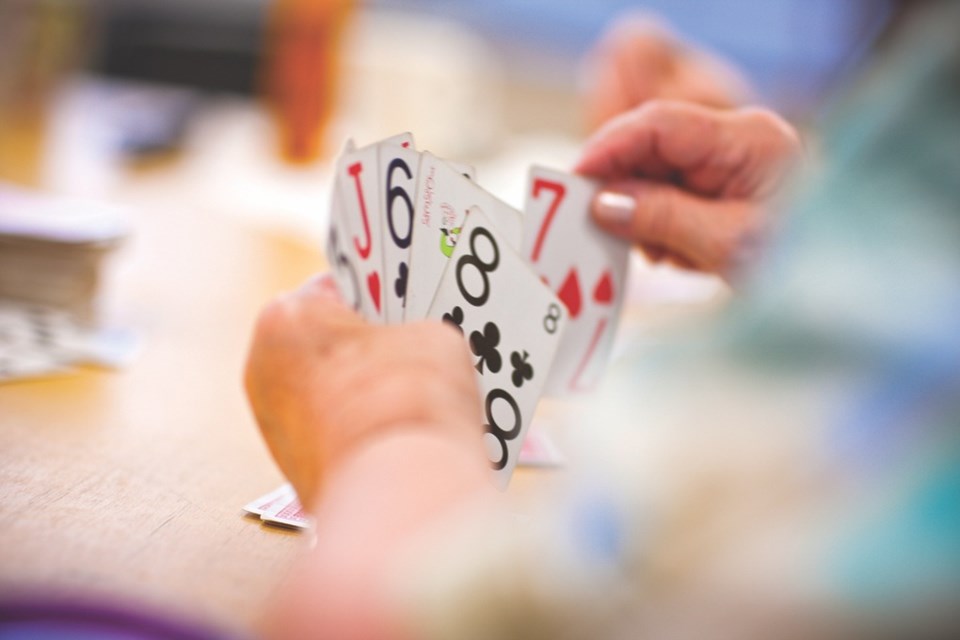 When they can't meet in person to play, bridge players of all ages have taken the popular game online. Photo: Metro Creative Connection

Two is company. Three's a crowd.

Greenways, manager of the Edmonton Bridge Centre on Kingsway Avenue, said four people are all you need to enjoy a game which has been around as a source of mental and social enjoyment for hundreds of years.

“You start with four but then as other people join the game you are playing with dozens of other players. And interacting with other people is healthy for just about everyone. Especially during this pandemic.

“While the Bridge Centre is currently closed, we have set up on-line games through the ACBL - the American Contract Bridge League - so people still get that interaction of mind against mind which is good,” said Greenways.

“We have about 300 members at the Edmonton Bridge Centre and about half to two-thirds of those members are now playing online.

“Bridge is a very healthy activity.”

While bridge can’t cure dementia, studies have shown it can slow down its voracious assault.

In 2003, New York’s Albert Einstein College of Medicine said “Seniors who regularly engaged in pastimes that stretched their minds… lowered their risk of developing Alzheimer’s disease and other dementia by as much as 75 percent, compared with those who didn’t exercise their minds.”

And a November 2000 study by the University of California, Berkeley discovered playing bridge resulted in higher numbers of immune cells.

“Bridge keeps you sharp. It keeps the mind active and thinking and anything that keeps you interested and alive is good. The worst thing is doing nothing or just passively watching television all day.

“My wife, Patty, and I used to play ‘kitchen’ bridge,” he said of the game without a lot of the rules and intricate conventions of the real game of bridge.

“So, about 20 years ago, we took bridge lessons at the Edmonton Bridge Centre.

“We ski together, golf together and now we play bridge together--or with other partners--though she’s a much better player than I am.”

Derived from the 17th-century English card game of whist, contract and duplicate bridge requires players to bid how many "tricks" they believe they can make.

The most popular and competitive form of the game is duplicate bridge because it greatly reduces the element of luck with the same hands played by everyone in the room or online and then comparing scores to see who achieved the best score.

Edmonton’s Lee Barton, 83, is one of the top players in North America. He plays online every day with his wife, Lucille, also one of the continent’s best players.

Like golf, bridge is also a game--it was given exhibition status at the 2002 Winter Olympics in Salt Lake City--that can never truly be mastered.

“I’ve been playing bridge for 60-some years and I still learn something every day,” said Barton, who, along with his wife developed their own system of bidding that became known as ‘Barton.’

“It’s also a lot of fun,” said Barton, who took up bridge at the University of Alberta where he was soon playing more bridge than he was attending classes.

“I played a lot of bridge. Too much bridge. But I met a lot of great people.”

“Solving problems, which is what bridge is really all about, is a mental stimulation,” said Greenways. “It keeps you thinking all the time.

For further information call the Edmonton Bridge Centre at 780-451-6595 or go to edmontonbridge.ca