Camping, RVing a popular option as the summer of COVID-19 approaches 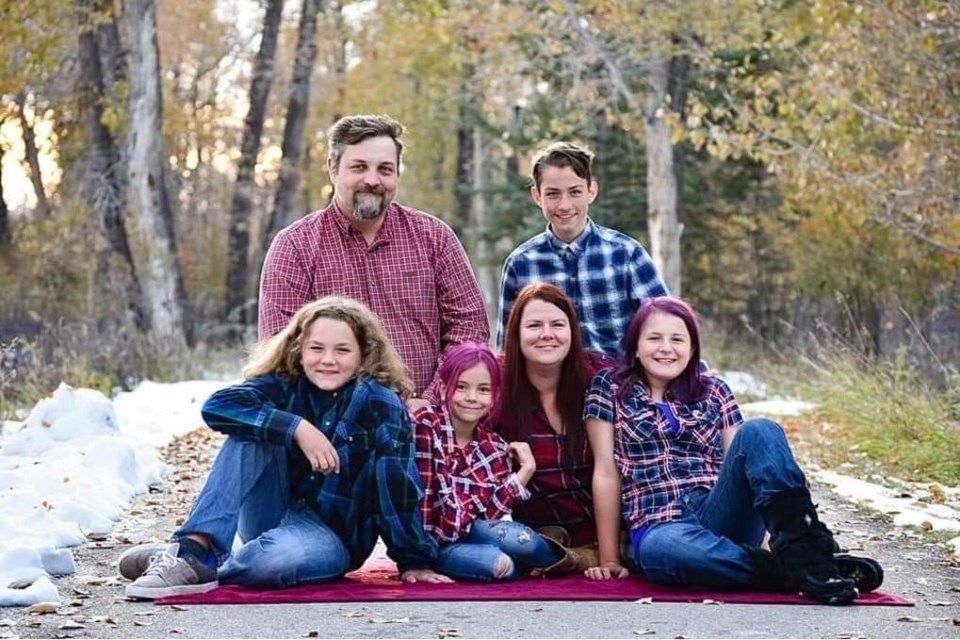 The Grunleitner family from Okotoks, Alta., was able to get some camping sites booked in Alberta despite a 50 per cent occupancy rate this year due to the COVID-19 pandemic. This photo from September 2019 shows from left to right: Manfred and Dave (back row); Leo, Tessa, Sandy and Miley. THE CANADIAN PRESS/HO

EDMONTON — Sandy Grunleitner and her family love camping, hiking and being in the outdoors.

She spent hours on the Alberta Parks website last week trying to rebook some camping reservations that had been cancelled after the COVID-19 pandemic hit.

"It took forever," Grunleitner of Okotoks, Alta., said in an interview.

Alberta Parks reopened its campground reservations May 14, but at half capacity to help reduce the spread of COVID-19. Nearly 40,000 campsite and 2,500 backcountry bookings were made the first day.

"The demand for camping in Alberta Parks is exceptionally high this summer due to limited capacity for physical distancing, national parks not accepting reservations at this time, and out-of-province travel discouraged by health officials," Alberta Parks said on social media.

Grunleitner was able to book a few spots by selecting a campsite and picking random dates.

"It was totally possible to get sites, but you had to be really patient and keep trying."

She nabbed hike-in spots for her and her four children — eight, 11, 12 and 14 — and two campgrounds where the whole family can set up a tent trailer.

"There will be a lot of space between trailers," she said.

One of the campgrounds is on a reservoir with a sandy beach and Grunleitner wonders whether they will be allowed to go into the water and whether washrooms will be open at campsites.

No one from Alberta Parks responded to a request for an interview, but the website notes that washrooms and garbage pickup will be available by the time campgrounds are to open on June 1.

There are similar opening dates for parks across Western Canada. Some provincial governments are only allowing residents to reserve to prevent non-essential travel between provinces.

Parks Canada has said campgrounds in national parks will remain closed until at least June 21.

Some campgrounds have also asked people to use their own washroom facilities in RVs as much as possible.

Concern about COVID-19 has led to a high demand for RVs this year — either for camping or as a way to travel across the country.

Earlier this spring, Edmonton Oilers captain Connor McDavid rented an RV and drove to Ontario with his girlfriend and dog.

"The purpose is just to avoid planes and airports and all of that," he told a hockey podcast in early May. "I also just finished building a place in Edmonton, so I am trying to save a couple bucks."

Others have decided to purchase their own RV.

Rob Minarchi, sales director of Arrkann Trailer and RV in Edmonton, said business was quiet last month, but website traffic increased by 100 per cent on April 30 — the day the province announced that campgrounds would reopen.

"It's just been incredible," he said. "People were just waiting for confirmation that they were able to use RVs this year. Once they had that, everything just spiked."

Minarchi said some customers have said they had to cancel out-of-country travel plans. Others had been considering an RV and finally decided to buy one.

"Everybody is just craving something to do right now," he said. "They want to get outdoors. They want to spend time with their immediate family if they can. They don't want to sit at home anymore."

Minarchi said people are buying RVs because there are more options available, including smaller units that can be towed more easily. It also poses fewer health concerns.

"People have told me they are little nervous to rent because they don't know who had it before them."

Arrkann offers a deep-cleaning service, which has been busy with people who rent out their RVs, Minarchi said. Solar panels and generators are popular purchases by people who want to be able to camp anywhere.

Grunleitner said her family has talked about buying an RV, but doesn't plan on getting one this summer. It's still being considered for road trips down south once they know when the U.S. border will open.

"If it's not going to open in the fall, we'll wait until next year."

This report by The Canadian Press was first published May 22, 2020