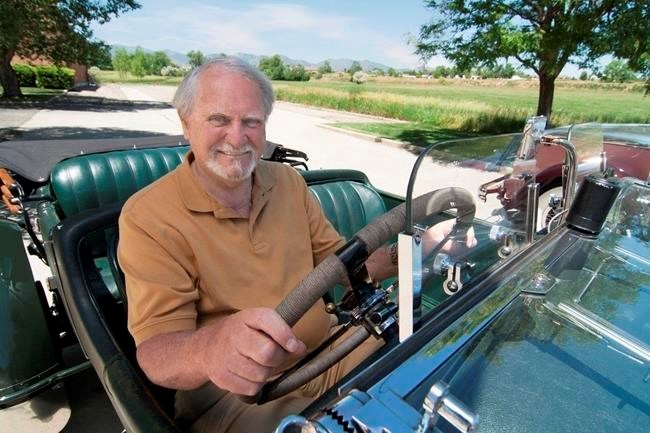 Alexis Welby, spokeswoman for Cussler's publisher Penguin Random House, says he died Monday at his home in Scottsdale, Arizona. He was 88. The cause was not disclosed.

Cussler's plots ranged from the bold to the incredible. "The Treasure" features an aspiring Aztec despot who murders an American envoy, the hijacking of a plane carrying the United Nations Secretary-General and soldiers from ancient Rome looting the Library of Alexandria. In "Iceberg," the presidents of French Guiana and the Dominican Republic are the ones in danger, during a visit to Disneyland. In "Sahara," a race across the desert somehow leads to new information about the assassination of Abraham Lincoln.

Hello and welcome: robot waiters to the rescue amid virus
May 29, 2020 9:32 AM
Comments
We welcome your feedback and encourage you to share your thoughts. We ask that you be respectful of others and their points of view, refrain from personal attacks and stay on topic. To learn about our commenting policies and how we moderate, please read our Community Guidelines.