Excerpts from Woody Allen memoir 'Apropos of Nothing' 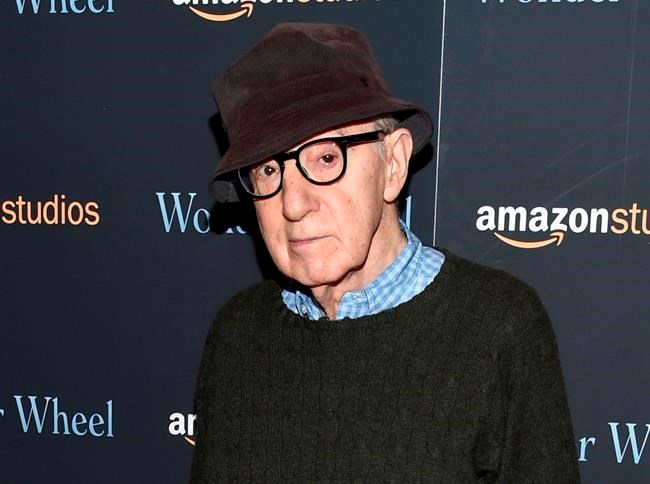 NEW YORK — Excerpts from Woody Allen's new memoir, “Apropos of Nothing,” which was released Monday after a delay because the original publisher backed out of releasing the book.

THE BOOK'S DEDICATION: “For Soon-Yi, the best. I had her eating out of my hand and then I noticed my arm was missing.”

ON HIS PARENTS: “Two characters as mismatched as Hannah Arendt and Nathan Detroit, they disagreed on every single issue except Hitler and my report cards. And yet with all the verbal carnage, they stayed married for seventy years — out of spite, I suspect. Still, I’m sure they loved each other in their own way, a way known perhaps only to a few headhunting tribes in Borneo.”

ON BEING CONSIDERED AN INTELLECTUAL: Folks, you are reading the autobiography of a misanthropic gangster-loving illiterate; an uncultivated loner who sat in front of a three-way mirror practicing with a deck of cards so he could palm off an ace of spades, render it invisible from any angle, and hustle some pots. Yes, I eventually got blown away by Cezanne’s heavy apples and Pissarro’s rainy Parisian boulevards, but as I said, only because I would cut school and needed succor on those snowy winter mornings."

ON THE ORIGINS OF HIS DESPAIR: “There was no trauma in my life, no awful thing that occurred and turned me from a smiling, freckle-faced lad with a fishing pole and pantaloons into a chronically dissatisfied lout. My own speculation around the fact that at five or so, I became aware of mortality and figured, uh-oh, this is not what I signed on for. I had never agreed to be finite. If you don’t mind, I’d like my money back."

ON FIRST DATING MIA FARROW: “She turned out to be bright, beautiful, she could act, could draw, had an ear for music, and she had seven children. Tilt. I found it amusing in a sitcom sort of way that I was slipping into a relationship with a woman with seven children, but at that point it was nothing more than another fact about her.”

ON DYLAN FARROW, WHO LATER BECAME ALLEN'S ADOPTED DAUGHTER: “I quickly found this tiny baby girl adorable and found myself more and more holding her, playing with her, and completely falling in love with her, delighted to be her father. After a year or two I fussed over her and Mia said, 'Boy, you were really ready for fatherhood.'”

ON REPORTS THAT HE HAD BEEN DISCOVERED WITH HIS HEAD ON DYLAN FARROW'S LAP: “While Mia had gone shopping, after explaining to everyone that I had to be watched carefully, all the kids and the babysitters were in the den watching TV, a room full of people. There were no seats for me, so I sat on the floor and might have leaned my head back on the sofa on Dylan’s lap for a moment. I certainly didn’t do anything improper to her.”

ON HIS FEELINGS ABOUT DYLAN NOW: “One of the saddest things of my life was that I was deprived of the years of raising Dylan and could only dream about showing her Manhattan and the joys of Paris and Rome. To this day, Soon-Yi and I would welcome Dylan with open arms if she’d ever want to reach out to us as Moses (Farrow) did, but so far that’s still only a dream.”

ON HARVEY WEINSTEIN: “Despite what was printed in the newspapers, Harvey never produced any movies of mine. Never backed me. He only distributed a few already completed films and distributed them well. In addition to Harvey’s skill at distributing, he had an eye for offbeat, artsy movies and presented a number of them. Still, I would never have allowed Harvey to back or produce a film of mine because he was a hands-on producer who changed and recut a director’s movie. We never could have worked together.”

ON WRITING ROLES FOR WOMEN: “I’ve written many parts for women including some reasonably juicy ones. Actually, for a guy who’s taken his share of heat from #MeToo zealots, my record with the opposite sex is not bad at all.”

ON ACTORS WHO REFUSE TO WORK WITH HIM: “Some even donated their checks to a cause rather than accept the tainted salary. This is not as heroic a gesture as it seems, as we can only afford to pay the union minimum, and my guess is if we paid more usual movie money, which often runs quite high, the actors might have righteously declared they’d never work with me but would possibly leave out the part about donating their salary.

“Off the record, I had envisioned a little more peer support, nothing overwhelming, perhaps a few organized protests, maybe some irate colleagues marching arms linked, a little rioting, perhaps a few burned cars. After all, I had been a member in good standing of the creative community and was certain my predicament would infuriate my union brethren and fellow artists.”

ON HIS RESPONSE TO PUBLIC CRITICISM: “And how have I taken all of this? And why is it when attacked I rarely spoke out or seemed overly upset? Well, given the malignant chaos of a purposeless universe, what’s one little false allegation in the scheme of things? Second, being a misanthropist has its saving grace — people can never disappoint you.”

Looking to laugh? SiriusXM launches channel for women comics
Mar 31, 2020 12:08 PM
Comments
We welcome your feedback and encourage you to share your thoughts on this story. We ask that you be respectful of others and their points of view, refrain from personal attacks and stay on topic. To learn about our commenting policies and how we moderate, please read our Community Guidelines.