Hire A Guide: Be a tourist in your own town this summer

Culinary food tours have been a big hit in Edmonton, Calgary and beyond. But COVID-19 has meant a change in how one Alberta tour company does business.
Jul 21, 2020 10:59 PM By: Lucy Haines 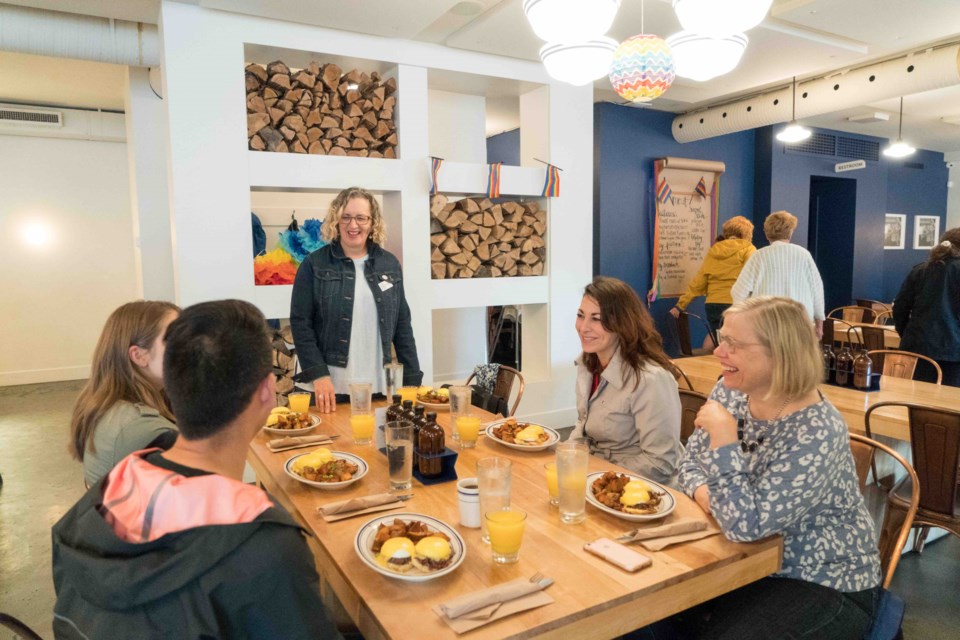 In mid-March, Karen Anderson was gearing up for the 15th anniversary season of Alberta Food Tours, which had built to a line-up of about 14 varied culinary-themed tours during peak season in Edmonton, Calgary, Canmore and Banff. The business capped off 2019 on a high note when two of its tours--Inglewood Edibles: Made by Mavericks (Calgary) and Eat the Castle (Banff)--were named Canadian Signature Experiences by Tourism Canada: must-see, must-do ventures when in those cities.

That stamp of approval gave a higher profile to what was already an Alberta success story, one that had hosted 3,000 guests on public and private tours and employed about 20 tour guides in its short history.

"We had a really good team, but had to lay off pretty much everyone. We were set to grow, and had landed contracts with American tour companies too, which would've meant a reliable base of business," said Anderson from her Calgary home. The award-winning cookbook author (A Spicy Touch, and Food Artisans of Alberta) is philosophical about the forced change.

The company CEO and president first had to cancel a three-night fall food tour of southern Alberta. "It's going to be a long time before bus trips come back", Anderson said.

Instead, she's focused on staying connected to her 2,000-plus newsletter subscribers, posting installments/chapters of what will eventually become another book. The power-packed pantry is one entry; playful picnics, batch cooking, preserves, and seasonal bounty are others. All focus on eating 'Alberta First' said Anderson, and that includes a nod to the province's seven signature foods: beef, bison, canola, honey, red fife wheat, root vegetables and saskatoon berries.

Alberta Food Tours now offers Hire A Guide services in its four sites--Banff, Canmore and at the Inglewood tour in Calgary and in Old Strathcona in Edmonton. Guides take groups of up to six people on a three-hour tour through an area, offering stories, historical anecdotes and pointing out art, architecture and food favorites--burgers, coffee, chocolate, beer, ice cream, you name it.

It's not quite the same, Anderson admits, because food isn't included in the tour, and guides cannot sit in with guests on any restaurant stops.

"But it's a bespoke tour--we can customize it to whatever date, time and interests the visitors have--and these are passionate, local guides," she said. "If your Calgary group is into beer, we can include a visit to the city's barley belt where there are several micro-breweries all in a row. It's totally flexible that way."

"On a recent tour through Edmonton's Old Strathcona, our guide Howard showed the group some insider hot spots. It's like when family comes to town and you show them your favorite haunts."

"Our clients range from milennials to baby boomers. Some are hot-spot hunters, who want to sample a neighbourhood because it's trendy; others are culture hunters--but all are after experiences," she said.

See albertafoodtours.ca for information on Hire A Guide.

Walk The YYC (walktheyyc.com) offers free (pay-what-you-want) walking tours that explore historic Calgary. Now re-launched, (guides and guests are in smaller groups, and must wear masks), the daytime tour explores Stephen Avenue in the city centre, while a weekend spooky (but still family-friendly) tour in historic Inglewood is a big hit with locals.

"We're already booking up for our Saturday Haunted Cowtown tours--three per evening as long as demand is there," said Walk The YYC president Brian Robertson. "Whether you're a believer or not, it's a playful, fun time. There are two famous ghost stories in Calgary, and we explore whether they're fact or myth. People always come away learning something."

Garden favourite Kuhlmann's providing produce for nearly 60 years
Aug 2, 2020 9:56 AM
Comments
We welcome your feedback and encourage you to share your thoughts. We ask that you be respectful of others and their points of view, refrain from personal attacks and stay on topic. To learn about our commenting policies and how we moderate, please read our Community Guidelines.