Some Edmontonians talk about adjusting to living life during the pandemic

The COVID-19 pandemic has disrupted all of our lives. Reporter Chris Zdeb asked a few random Edmontonians what lifestyle change(s) they've made because of the pandemic and what they will maintain after it's over?

Roxanne Tyndle, 54
I work with computers and I'm working from home fulll time now which I've never done before. Returning to the worksite will depend on the employer — I'm fine either way. But the benefit of working from home has been not to commute. We're also making more online connections with people as opposed to face-to-face which we'll probably continue with people who are still farther away.

Gord Tyndle, 57
I'm recently retired. I was working part time in a travel job, but of course travel dried up. Since March 18th, after a 14-day quarantine because we'd been on holidays in the United States, I've been going on Facebook live every morning to encourage my friends that we're going to get through this. I look for a couple of positive news stories, maybe a negative news story, tell a joke, look for a couple of (uplifting) quotes. It usually runs 10-15 minutes. Today was day 108 in a row. It's been a real benefit for me and for them as well. I started with 10-15 friends and last week when I hit 100 (Tuesday I had 150 views), people who live all over the world, told me to keep doing it. So will I continue? I think so. 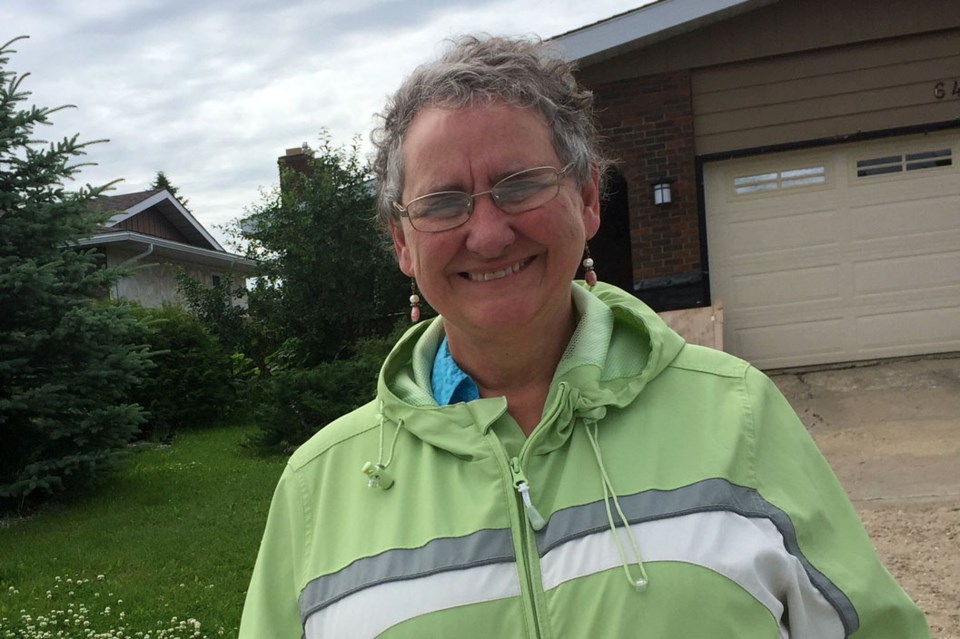 Helen Schmidt, 63
I've spent more time praying in my prayer closet with the Lord. I've valued more my alone time with Him and I want that to stay the same. (The pandemic) has made me aware that our time here can be short. This is also the first time I've seen my daughter since November so things like family I'm appreciating more because we haven't been able to be with them. 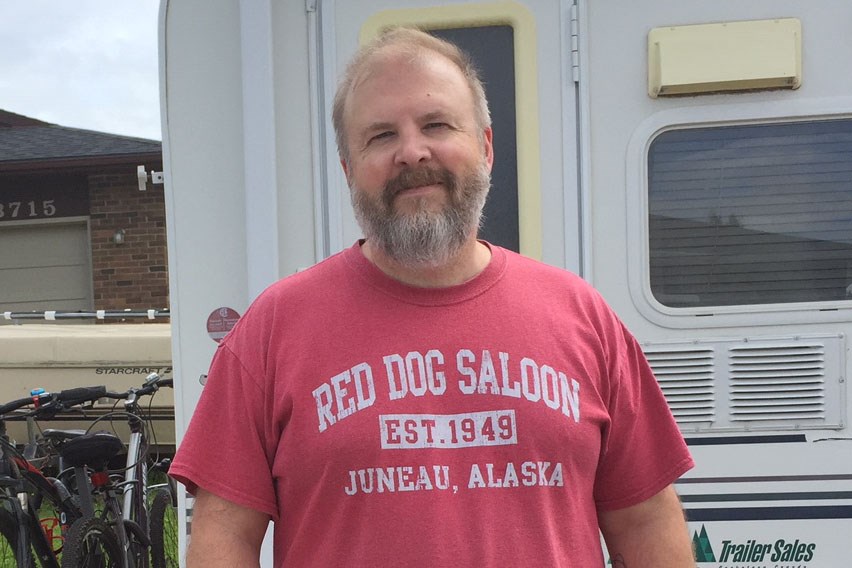 Chad G. (did not want to give last name) says a positve result of the pandemic it that is has given him more time with his teenaged kids. PHOTO: Chris Zdeb

Chad G., 46
One of the biggest changes was just trying to find alternative forms of entertainment so reintroducing some of the old things we kind of forgot about — board games, card games that kind of stuff. We have two teenaged kids and what (the pandemic) has given us is more time with them than we ever would have imagined so that's been a real positive. So, that's one thing we're going to try to keep going. And the other thing is more camping. Since the campgrounds have reopened we've been basically doing that every weekend, as well, as a group. It's a great way to still follow the rules, but get out and do something different. 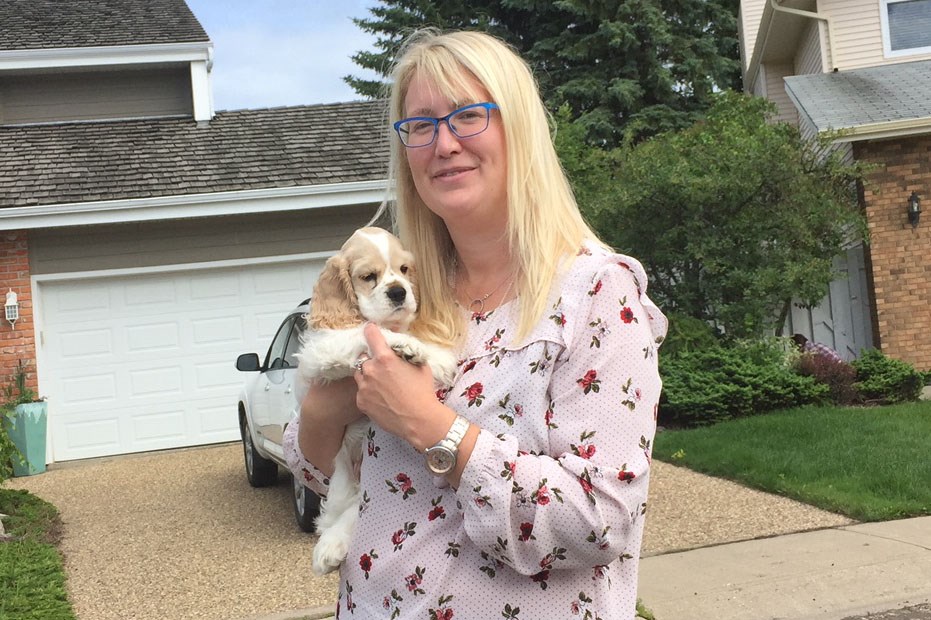 Jill Davidson took advantage of being at home because of the pandemic to get a cocker spaniel puppy, Jax. PHOTO: Chris Zdeb

Jill Davidson, 41
Definitely my credit card spending is down and I will continue to keep the spending down. I will probably not be going out as much for dinners and for retail shopping. It's just nice having that extra cash flow. I also got Jax, a cocker spaniel puppy, who's just 10 weeks old. I'm a teacher so I was doing a lot of programming at home and thought it would be a good opportunity to maybe to start (training) him and have him ready before we go back to school in September, if we go back. The timing was not right before with me teaching. 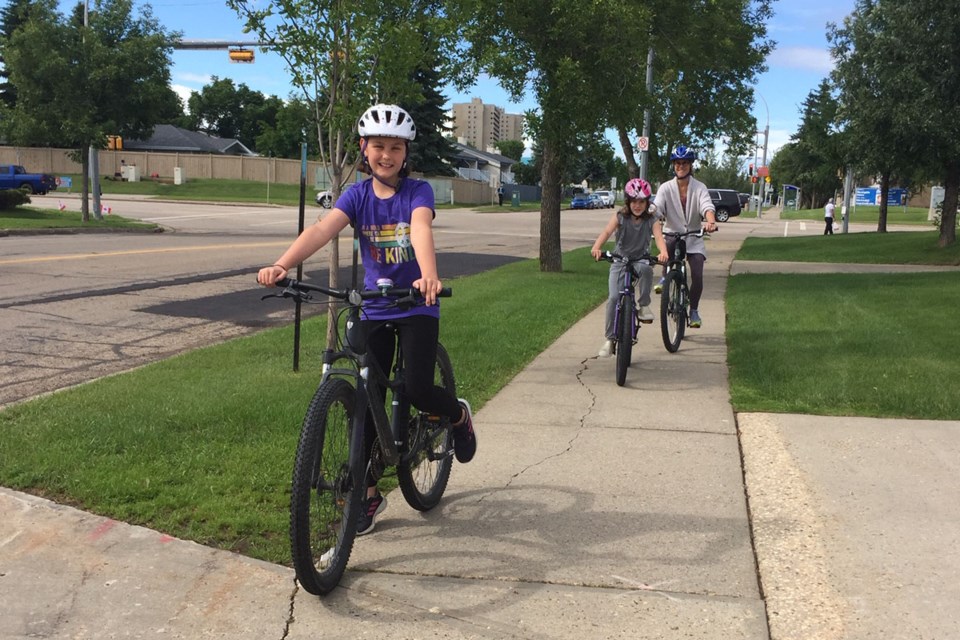 Lily MacRae, left, Mya MacRae, and mom Marilee MacDonald go for a little bike ride, something they have been doing more of this summer. PHOTO: Chris Zdeb

Lily MacRae, 12
I'm a lot less busy and I like that because we can spend a lot more family time together. We go on lots of bike rides and lots of walks with our dog. And we play board games and stuff. We were normally very busy so we didn't have very much time to do this before. I'd like to keep doing these things (after the pandemic).

Mya MacRae, 9
Lots of things are different so we can't see our friends and we can't go visit our cousins and play with people and stuff. We had a window visit to see two brand new babies (cousins), but we would like to hold them. I really like having family dinners and spending more family time.

Marilee MacDonald, 43
Online schooling was hard, and I'm also a teacher so that part was really difficult. But there were lots of positives too, like Lily said we play lots of board games and things like that. And taking time to read aloud to the kids again, which is something I stopped doing the last couple of years, so that's been nice. Both girls (Lily and Mya) dance so we had dance classes almost every night. We only had Fridays and Sundays off. We've already made some decisions that we won't dance as much next year.

Chris Zdeb is a freelance writer and regular contributor to AlbertaPrimeTimes.com. This story was funded by the Facebook Journalism Project Supporting Local News Coverage of COVID-19 Program via the Local Media Foundation.