A rudimentary beginner's guide to whisky 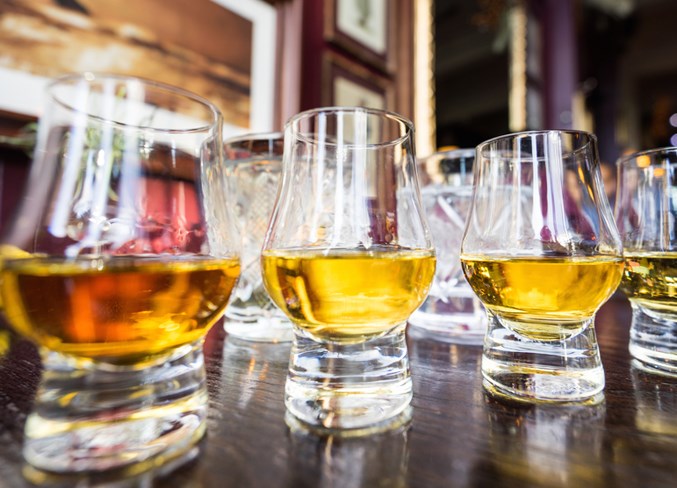 Happy New Year! It's 2020. Start of a new decade. New beginnings, out with the old in with the new! All that stuff.

As the whole year looms ahead of us, like blank pages in a book waiting to be written, what will your story be this year?  It can be exciting embarking on the unknown and creating something new for our selves.

During these cold winter months, it’s tempting embrace the Scandinavian concept of “hygge”,  (pronounced hue-guh.).  This word can be used as a noun, adjective, or a verb. It comes from a Norwegian word meaning “well being” and it’s a centuries old Scandinavian/Danish concept that is used to describe a moment or feeling that is cozy, special, or charming. It brings to mind pleasant, engaging, mellow, good-humored, safe, and snug environments. It’s comfort and pleasure combined.

For many, January is a month to abstain from all the temptations that December brought, a time to cleanse, purge and restore.  This might mean starting a new diet, embarking on a new fitness program, cleaning out closets and decluttering for a fresh start.

There are two fun things for you to consider learning this month.  On Jan. 14 we have our Wine 101 Course.  This fun evening is designed to teach the fundamentals of wine and wine tasting in a safe, unpretentious environment. Even if you never take another wine course, we guarantee that this one will open your eyes and introduce your taste buds to different wines. You will feel more confident when shopping for wine, understand why certain wines pair better with particular foods, and provide you with the basic tools to expand your wine and culinary knowledge for its pure pleasure of enjoyment.

Also in January, our 12th annual Robbie Burns Whisky tasting is on Jan. 23.  For those who don’t know, Robbie Burns was a Scottish poet and lyricist from the 18th century. He was regarded as a pioneer of the Romantic movement. Not only known for his poetry, but he is also known for his original compositions. Although he died on July 21st, 1796, he gained enormous popularity in Scotland during the 19th and 20th centuries.  Each year around his birthday (Jan. 25) people all over the world celebrate by holding Robbie Burns suppers, scotch tastings, poetry readings etc.

Whisky in winter is a perfect pairing.  The word whisky (or whiskey) is an Anglicisation of the Classical Gaelic word uisce (or uisge) meaning "water". Distilled alcohol was known in Latin as aqua vitae ("water of life"). Whether Scotch Whisky, Irish Whiskey or American Whiskey, it is an all-natural beverage made with just three ingredients; cereals, water and yeast.  It must be distilled and matured and then bottled at a minimum of 40% alcohol by volume.

At a traditional Robbie Burns event, Scotch Whisky is the beverage of choice.  But “Scotch Whisky” can be misleading.  Why?  Because there are 5 categories of Scotch Whisky!

Single Malt Scotches are distilled at a single distillery from water and malted barley only. Copper pot stills handcrafted with every dent and rivet adds to the flavour of the spirit. Single Malt Sctoch Whisky must be bottled in Scotland.

Single Grain Scotch Whisky  are distilled from a mixture of malted barley and other unmalted cereals such as wheat or maize. The majority of grain whisky is used in Blended Scotches, but a number of Single Grain Whiskes can be enjoyed today.

Blended Scotch Whisky  9 out of 10 bottles of Scotch enjoyed around the world are blended Scotch Whiskies.  They are a blend of single grain and single malts.  It is the foundation of the industry and true art of the Master Blender, often combining up to 60 different whiskies to create the “perfect” one.  A skill revered in the whisky world.

There is so much more to learn about Whisky, and not enough room here to write about it all. However,  this information, combined with fascinating history in Scotland surrounding Scotch, makes it a fascinating pastime and something new to learn about in the long winter days of January.

Winters in Edmonton are long.  Don’t stay confined indoors, if you can help it.  Dress warmly and get out for a brisk walk in the snow and sunshine, also recommended by Scandinavians for well being!  Join a new activity or take a class in something you are interested in. Then, when you do curl up in a comfy chair with a good book, a cup of tea (or glass of wine!) you’ll have really earned it!

We invite you to consider attending a Robbie Burns Whisky tasting on January 23.  In addition to an international selection of whiskies, traditional Scottish Haggis, smoked salmon, shortbread etc. will be offered to pair with the whisky.  If interested, please register at www.aligrawineandspirits.com//events

Alison Phillips is co owner of Aligra Wine & Spirits at West Edmonton Mall, located at Entrance 58 Lower level below Simons and Scotiabank Theatre. Mention you read this article and receive 10% off your purchase.

This virtual platform connects pet owners with veterinarians
Mar 28, 2020 10:30 AM