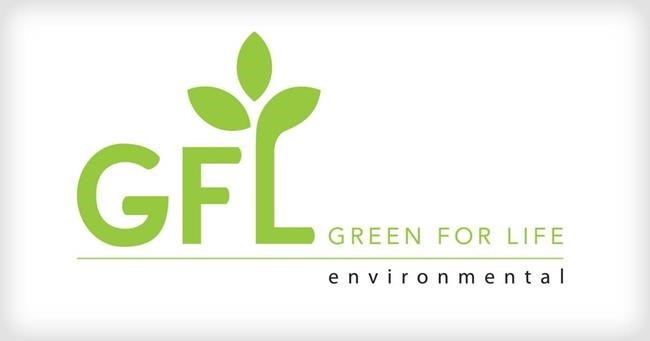 The Vaughan, Ont.-based waste management company's shares were $4.60 lower at $22.40 in Tuesday trading on the Toronto Stock Exchange.

Despite the decrease, GFL raised $2.9 billion, including $1.9 billion from its initial public offering and $1 billion through a concurrent financing.

GFL offered 75 million shares at a price of US$19 per share or C$25.33 on the Toronto Stock Exchange and New York Stock Exchange, down from the range of US$20 to US$21 that was proposed last week.

The company is also looking to sell 15.5 million tangible equity units at a price of US$50 (C$66.67). The units will pay interest and include a prepaid stock purchase contract for between 2.1930 and 2.6316 subordinate voting shares that will automatically settle on March 15, 2023.

GFL had planned to launch its IPO in October for between US$20 and US$24 per share, but cancelled its plans after investors proposed pricing below that range.

The company, which provides non-hazardous solid waste management, infrastructure and soil remediation and liquid waste management services in Canada and 23 U.S. states, says it will use the money raised to repay debt and for general corporate purposes.

Companies in this story: (TSX:GFL)