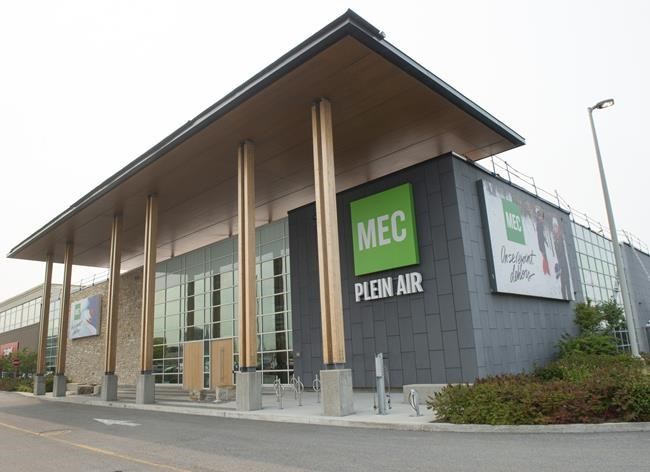 Retail analysts are cautioning that more Canadian stores could follow Mountain Equipment Co-op’s path toward restructuring in the coming months as the pandemic pushes an increasingly fractured retail market to the brink.

The Vancouver-based sports and outdoor recreation retailer announced Monday it had obtained creditor protection and would be sold to a U.S. private investment firm.

MEC is the latest in a line of struggling retailers to obtain court protection from creditors in recent months as COVID-19 accelerates a marketplace shift to online shopping.

Retailers have been battling increasing competition for years as more foreign brands open brick and mortar stores in Canada and the fight for e-commerce dollars intensifies.

Experts say the temporary shutdown in the spring was the final straw for many companies that were already struggling.

Footwear retailer Aldo Group was among the first iconic Canadian brands to seek creditor protection last spring, followed by clothing retailer Reitmans Canada with its brands Thyme Maternity and Addition Elle and Comark Holdings with its brands Ricki’s and Cleo.

Michael LeBlanc, a senior retail adviser with the Retail Council of Canada, said the retail landscape was undergoing tremendous transformation before the pandemic hit.

“It was already a fiercely competitive environment,” LeBlanc said, noting the generational shift to online shopping and increasingly crowded marketplace.

“To then close the physical stores and go a couple months without sales is hard to recover from.”

“MEC is a little bit more surprising,” she said. “They certainly have a deep loyalty base. The environment right now is tough.”

One of the challenges that could face MEC as it emerges from restructuring will be maintaining that loyalty under new ownership, said Bruce Winder, a retail analyst and author of the book Retail Before, During and After COVID-19.

While California-based Kingswood Capital Management has formed a B.C.-based subsidiary to run the company, he said co-op members may not support “the Wall Street-type financial firm coming in and making quick and dirty moves.”

“There's a higher risk of turbulence when a private equity firm buys a retailer — than especially with MEC,” Winder said.

“It's such a green, grassroots kind of tree-hugging company with such a strong relationship with its customers. I can't see those customers taking well to this change.”

Indeed, nearly 10,000 members and supporters of the Canadian outdoor equipment chain had signed an online petition by Tuesday afternoon to stop the deal.

Yet marketing professor David Soberman said although MEC’s brand as a local and environmentally conscious retailer is important, so is keeping its doors open.

“We have to remember that they're facing creditor protection,” said the University of Toronto Rotman School of Management professor.

“We can sit here and say, ‘This isn't going to be good for the brand,’ but closing all the stores and disappearing is not good for the MEC brand either.”

Meanwhile, a second wave of the pandemic could be the downfall for other retailers that have so far managed to survive.

He added that the anticipated wind down of federal wage subsidies and emergency benefits later this year could impact both the bottom line of retailers and the spending power of consumers.

“I expect retailers will try to get through the holiday season, but I expect we could see more bankruptcies in January and February.”

This report by The Canadian Press was first published Sept. 15, 2020.

Transcontinental to close Winnipeg printing plant in January, affecting 110 employees
Sep 24, 2020 4:18 PM
Comments
We welcome your feedback and encourage you to share your thoughts. We ask that you be respectful of others and their points of view, refrain from personal attacks and stay on topic. To learn about our commenting policies and how we moderate, please read our Community Guidelines.