As virus-era attacks on Asians rise, past victims look back 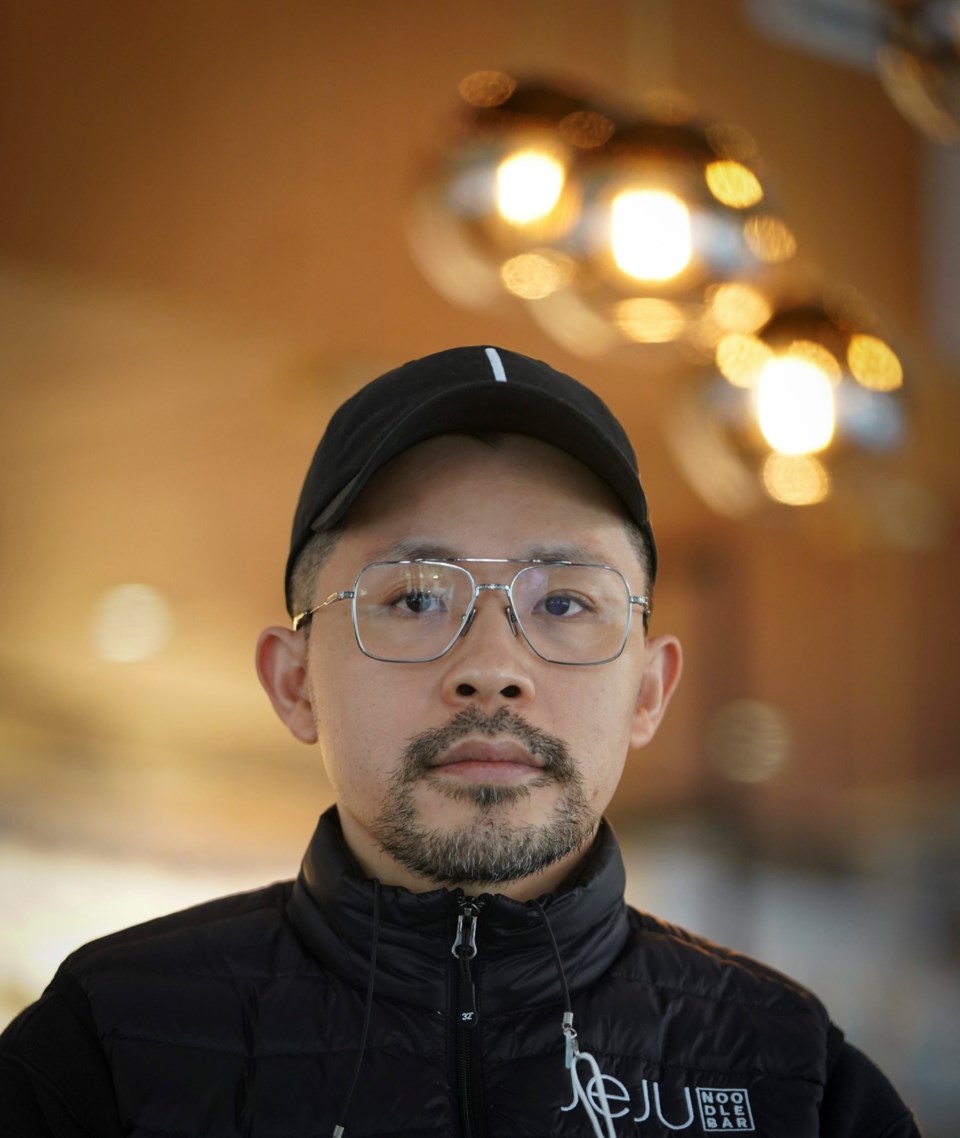 Nearly a year after they were almost stabbed to death inside a Midland, Texas, Sam's Club, Bawi Cung and his two sons all have visible scars.

It's the unseen ones though that are harder to get over. Cung can’t walk through any store without constantly looking in all directions. His 6-year-old son, who now can't move one eyebrow, is afraid to sleep alone.

On a Saturday evening in March, when COVID-19 panic shopping gripped the nation, Cung was in search of rice at a cheaper price. The family was in the Sam's Club meat section when Cung suddenly felt a punch to the back of his head. A man he didn't know then slashed his face with a knife. The assailant left but soon returned to stab the boys. He wounded the 3-year-old in the back and slashed the 6-year-old from his right eye to a couple of inches past his right ear.

The grisly encounter brought home the dangerous climate Asian Americans have faced since the coronavirus entered the U.S., with racially motivated harassment and assaults occurring from coast to coast.

Now, just over a year and thousands of incidents later, some of the early victims find moving forward has been difficult or, at best, bittersweet. A recent wave of attacks on elderly Asian Americans — including the death of an 84-year-old San Francisco man — has fueled worries that hostilities have only worsened.

In Cung's case, the man responsible for the attack believed the Myanmar man and his children were Chinese and spreading the virus, according to the FBI.

Cung said he’s not sure what would have happened had a Sam’s Club employee, Zach Owen, not intervened.

“Maybe I might kill him. Maybe he might kill all of my family. I don’t know,” Cung said. “God protected my family, God sent Zach to protect my family right there at the right time.”

Owen, who was stabbed in the leg and deeply cut in his right palm, and an off-duty Border Patrol agent detained the suspect, Jose Gomez, 19.

Verbal attacks have also made a lasting mark.

In April, a confrontation in a Richmond, California, park left an irrevocable impact not just on Kelly Yang, 36, but her children. She was forced to discuss anti-Asian racism with her son, 10, and daughter, 7 — a talk she didn't think would happen for a few more years. An elderly white couple, upset over her unleashed dog, called Yang, who is Chinese American, an “Oriental” and said the words many Asian Americans dread: “Go back where you came from.”

Her children thought the couple meant for them to go home. Torn, Yang eventually explained they meant “for us to go back to Asia."

"It means that we’re not welcome here.”

Her son burst into tears.

Yang believes the couple felt emboldened by then-President Donald Trump’s use of racially charged terms like “Chinese virus." She applauded President Joe Biden's recent executive order condemning anti-Asian xenophobia as a good start. But Yang is afraid a lot of non-Asians have already shrugged off the issue as though it ceased when Trump's presidency did.

“I don’t know what can be done,” said Yang, who writes young adult novels and plans to weave her experience into her next book. “But I do know talking about it, acknowledging it, remembering — that’s what we do with wars — we have to remember what happened.”

Douglas Kim, 42, chef and owner of Jeju Noodle Bar in New York City, is certain COVID-19-fueled racism was behind the April vandalizing of his Michelin-starred, Korean restaurant. Someone used a Sharpie to scrawl on the winter vestibule “Stop eating dogs,” referring to a stereotype about Asian cuisines. Ultimately, Kim decided not to report it.

“At the time it pissed me off, but I have more important things to worry about," Kim said. "Maintaining a business is more important.”

He shared a picture of the graffiti on Instagram to call attention to hate crimes. There was a groundswell of support, but he feels like much of it has faded.

Yet, Kim is hopeful fewer people are stereotyping Asian Americans as foreigners who don't belong in the U.S.

“I think it’s all about education,” Kim said. “If you raise your children that way, they’re gonna learn that way. I think things are changing but it’s not 100% yet. That’s why somebody obviously wrote that on our door.”

More than 3,000 incidents have been reported to Stop AAPI Hate, a California-based reporting for Asian American Pacific Islanders, and its partner advocacy groups, since mid-March 2020. What's frustrating is that the encounters don't often rise to the legal definition of a hate crime. Still, police in several major cities saw a sharp uptick in Asian-targeted hate crimes between 2019 and 2020, according to data collected by the Center for the Study of Hate & Extremism, California State University, San Bernardino. New York City went from three incidents to 27, Los Angeles from seven to 15, and Denver had three incidents in 2020 — the first reported there in six years.

A rash of crimes victimizing elderly Asian Americans in the past two months has renewed outcry for more attention from politicians and the media. On Wednesday, California Gov. Gavin Newsom signed off on legislation allocating $1.4 million to Stop AAPI Hate and the UCLA Asian American Studies Center. The funding will go toward community resources and further tracking of anti-Asian hate incidents.

Local officials and citizens have also taken notice. Initiatives like increased police presence, volunteer patrols and special crime hotlines are coming to fruition. Big-name brands like the Golden State Warriors and Apple, based in the Bay Area, have promised to donate to the cause.

Cynthia Choi, of Stop AAPI Hate, wishes news cycles would focus not just on the latest crimes but the solutions being discussed. Policing and prosecution aren't necessarily the answers, she said. COVID-19 vitriol is rooted in more than a century of anti-Chinese and anti-immigrant attitudes. She and other advocates think more investment in education and community resources could help get at those root causes. Anti-Asian xenophobia should be part of the ongoing conversations on racial reckoning, Choi added.

Before immigrating to the U.S. six years ago, Cung, the Texas hate crime survivor, had never encountered racism. Now, it's difficult for him to hear stories about anti-Asian American violence. Initially after the attack, Cung wrestled with how Gomez tried to kill him simply because of how he looked. Now, he prays for his attacker.

As for what should happen to Gomez, who remains jailed on three counts of attempted capital murder, Cung said that's up to the courts.

“I can forgive him, but we cannot accept racism or that kind of terrorist attack,” said Cung, who received more than $20,000 in online donations.

One thing he is looking ahead to — life as a newly naturalized U.S. citizen in a country where “they respect people.” Cung remains unbothered that he may not fit some people's idea of what America looks like.

“Maybe personally they have racism,” Cung said. “I don’t care. I’m proud of being Asian and Asian American.”

Tang reported from Phoenix and is a member of The Associated Press’ Race and Ethnicity team. Follow her on Twitter at https://twitter.com/ttangAP