COVID vaccine Q-and-A: From who's up next to delayed dosing, what you need to know 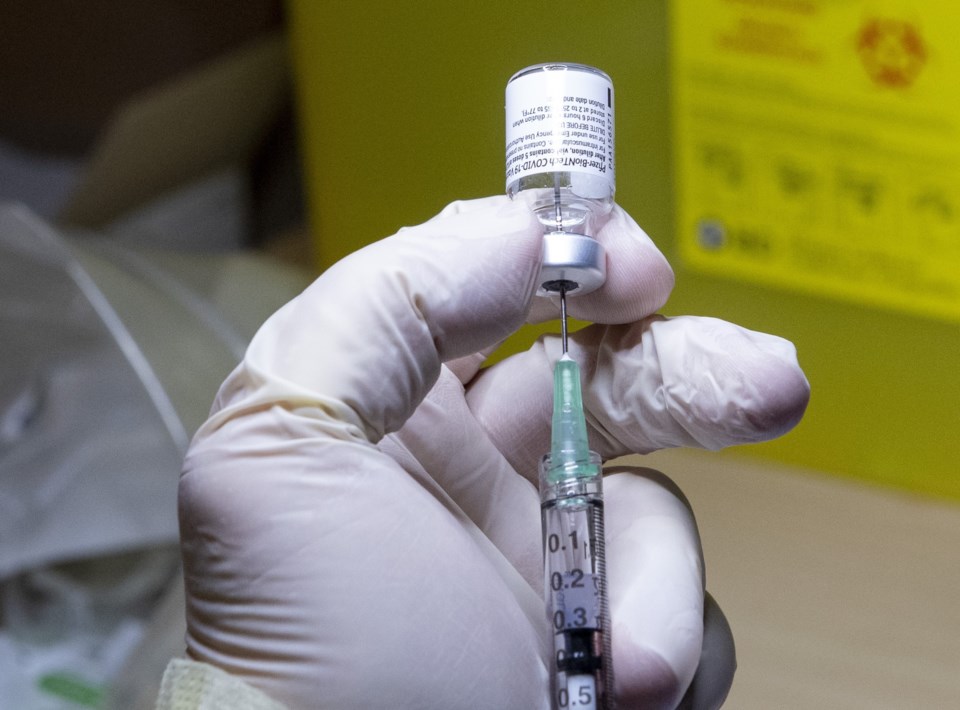 Canada's COVID-19 vaccine rollout hits its one-month mark on Thursday, but questions remain about the inoculations themselves, how they're being distributed and what happens next.

The Canadian Press recently spoke with experts in infectious disease, immunology and public health to help get some clarity on popular queries.

WHO'S NEXT IN LINE TO GET THE VACCINE?

Canada's provinces seem to mostly be adhering to recommendations put forward by the National Advisory Committee on Immunization (NACI), which suggests first vaccinating those most vulnerable to severe COVID outcomes, as well as those who care for them.

The vaccine rollout will open up further in the spring, likely to more seniors, other essential workers, and those with medical conditions that might make them more susceptible to catching the virus. But Phase 2 priority lists aren't set in stone.

Dr. Maxwell Smith, a public health and infectious disease expert who's on Ontario's COVID-19 vaccine task force, says part of that is because epidemiology within a region could change in the next few months. For example, if the new variant of the virus is found to be more transmissible from children to adults, that could push teachers up the priority list.

"We're really trying at this point to use the best available data and information to identify which groups are at the highest risk of exposure and becoming severely ill or dying from COVID-19, and those working with those populations," he said.

NACI says choosing who to prioritize during the next phases should be determined by a number of factors, including vaccine supply and epidemic conditions.

The federal government has said it expects to inoculate the majority of Canadians by the end of September.

WHAT ARE THE DOSAGE REQUIREMENTS?

Some provinces in Canada have said they will delay second doses of the vaccines in an effort to inoculate more individuals up front. Alberta, for instance, said Tuesday it will wait 42 days until it gives the second dose to most people.

While there's an argument to be made for going that route, especially in a vaccine shortage — it would mean giving a larger percentage of the population some level of COVID immunity at a quicker pace — experts say delaying second doses by too long isn't wise.

NACI said every effort should be made to follow the dosing schedules from the clinical trials, which is 21 days for Pfizer-BioNTech and 28 days for Moderna. However, it notes there can be exceptions if vaccine supplies are hard to come by and the spread of the virus in a given jurisdiction is rapid.

Horacio Bach, an adjunct professor of infectious diseases at UBC, says there's risk that unforeseen problems in pharmaceutical manufacturing or shipping could mean further delays of vaccines down the line, extending the time between doses for longer than advised.

Bach says it's also hard to know how our immunity is impacted with one dose for a prolonged period.

"There's a lot of questions to answer, but we know for sure what happened in the clinical trials.... And I would stick with that," he said.

CAN I SOCIALIZE AFTER GETTING VACCINATED?

Experts say it will take time to determine what level of protection the new vaccines actually provide — and whether they prevent us from spreading the virus. That means infection control and prevention measures will likely continue even as more of us get vaccinated, at least through part of 2021.

The social lives of those who are vaccinated likely won't change much any time soon, says Dr. Sumon Chakrabarti, an infectious disease physician in Mississauga, Ont.

"As it stands in January 2021, when you get vaccinated you'll want to still act like you were doing before: physical distancing, keeping contacts low, masking indoors," Chakrabarti said. "As the pandemic starts to ease up, things will change."

We won't know what level of protection we're getting from the vaccines until "large swathes of the population" are inoculated worldwide, he added.

HOW LONG DOES IMMUNITY LAST?

The two approved vaccines work by preventing someone from getting severely ill if they were to catch the virus that causes COVID-19. Clinical data show both Pfizer-BioNTech and Moderna have a 95 per cent efficacy in preventing severe disease.

What still not known is how long that immunity lasts, or how much protection the vaccines may provide from actually catching the virus.

Steven Kerfoot, an associate professor in the immunology and microbiology department at Western University, says data from past COVID infections and from the vaccines themselves suggest "a perfectly good immune response that will last up to a few years for most people."

"You can't know for sure — there's no test to tell you this will last for 10 years," Kerfoot said. "But there's absolutely no evidence to say immunity is going to disappear in a year."

Experts can glean immunity profiles in vaccines based on how our bodies respond to natural infections from the same virus. While we don't have a lengthy background to go on with COVID — only the last 12 months — studies have shown antibodies are sticking around for months after infections.

Antibodies pop up quickly to fight off infection once it sets in and start to disappear steadily after that, Kerfoot explained. Some antibodies, immune cells and memory cells taper off gradually, but may still help fend off illness from future infections.

This report by The Canadian Press was first published Jan. 13, 2021.