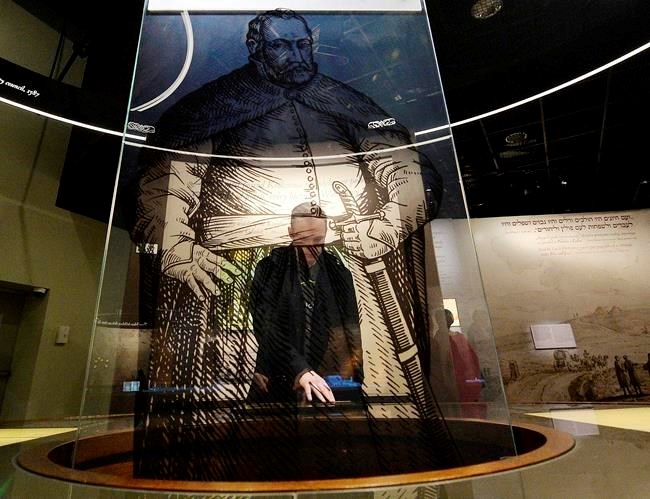 WARSAW, Poland — Poland's government on Friday accepted a compromise candidate as the new director of Warsaw's landmark Jewish museum, ending a long impasse that had raised concerns over the popular institution's future.

The POLIN Museum of the History of Polish Jews has been without a permanent director for nearly a year. Showcasing the 1,000-year Jewish presence in Polish lands, it is one of Poland's most-visited museums and among the world's leading Jewish museums.

The Culture Ministry said in a statement that it agreed to approve a three-year term for Zygmunt Stepinski, formerly the deputy director and since last February, the acting director.

The decision ends a standoff with the two other co-founders of the museum, the city of Warsaw and a private Jewish historical association, who had both fought to keep its previous director, Dariusz Stola. The government opposed him because they believed he had been too openly critical of its policies.

The city of Warsaw and the Jewish association proposed Stepinski as a compromise after realizing the government would not back down.

Stola guided the museum from the opening of its permanent exhibition in 2014 until February 2019, a time in which it won multiple international awards. He was highly valued by private museum donors.

Though Stola won a competition last May for a second term, Culture Minister Piotr Glinski refused to re-appoint him. That left the museum under the management of Stepinski since then but his interim tenure by law must expire on Feb. 22, adding urgency to finding a resolution.

With that deadline approaching, Stola agreed earlier this week to step aside. He said he was acting to prevent any damage to the institution, though he insisted it was his legal right to be director and said the government had “false pretexts” against him.

Islanders who suffered 1940s war atrocities on Guam get paid
Feb 26, 2020 11:07 PM
Comments
We welcome your feedback and encourage you to share your thoughts on this story. We ask that you be respectful of others and their points of view, refrain from personal attacks and stay on topic. To learn about our commenting policies and how we moderate, please read our Community Guidelines.