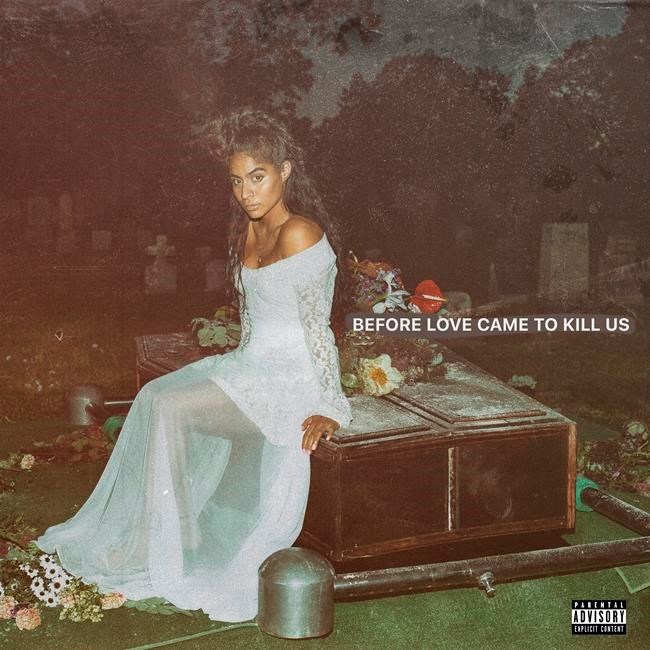 Jessie Reyez, “Before Love Came to Kill Us" (FMLY/Island Records)

Jessie Reyez might be petite, but she's a monster. We didn't say that. She did, on her official debut album. But she memorably adds a certain expletive before the word “monster.”

Reyez is definitely a monster when it comes to music. The Toronto-bred artist who once handed out mixtapes for free has created a stunning full-length calling card with “Before Love Came to Kill Us.”

Before the coronavirus disrupted all our lives, Reyez was showing off her music on tour with Billie Eilish and that combo of artists on the same bill is genius. Reyez is as unique and undeniable as her musical compatriot.

The 14-track “Before Love Came to Kill Us” shows off multiple sides to Reyez, who isn't easy to categorize. There's some hip-hop, downer R&B, arena ballads and pop. Whatever it sounds like, it's intense.

She lets her fierce flag fly frequently on the album: “You make me wanna jump off the roof," she sings in one song. “My love is ruthless,” she sings on another. “I ain't a killa/I’ll let you breathe,” Reyez reassures on a third. She may rely on co-writers, but the lyrics are usually all hers and she shows her passion and her scars.

Reyez can modify her voice to be childlike or whispery and then zoom into pure gangsta menace. On the fantastic “Roof,” she raps with astonishing speed. She can pivot wonderfully from style to style, offering the spare, Spanish guitar-inflected “Intruders” one moment and then sing entirely in Spanish on “La Memoria.”

Not all of it works, including the Eminem collaboration “Coffin” that seems unbalanced. But the other featured artist, 6LACK, does better on the terrific R&B hit “Imported,” in which Reyez's voice flutters and she cracks herself up.

“Same Side” rather meanders, without the bite of the other songs. And “Dope” simply grates. (Plus “Far Away,” a fantastic immigrant's love song, is unfortunately not on the main album but on the one exclusive for Target.)

But there's no denying this rising artist, who already has a Grammy nomination for her 2018 EP “Being Human in Public.” On the single “Ankles” from the new album, Reyez boasts that no rival can measure up to her ankles. She's right.

Mark Kennedy is at http://twitter.com/KennedyTwits