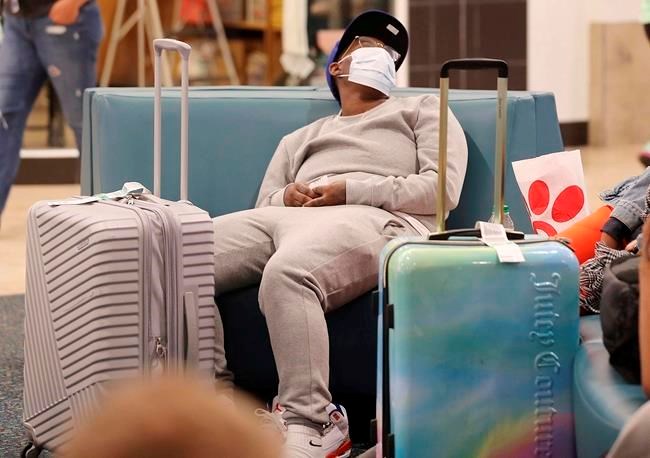 WASHINGTON — Trump administration officials doubled down on their promise to deliver 1 million tests for the coronavirus this week as states reported limited testing supplies and federal lawmakers expressed doubts about the government's timeline.

Health and Human Services Secretary Alex Azar told reporters Thursday that a private manufacturer authorized to make the tests expects to ship the kits to U.S. laboratories by week's end. That amounts to the capacity to test roughly 400,000 people, given that it takes multiple test samples to a confirm a result.

The number of U.S. cases has grown rapidly in the last several days after more labs started testing and guidelines for eligibility were expanded. The U.S. tally stood at about 200 cases on Thursday, including 12 deaths — 11 in Washington state and one in California.

The test kits from Iowa-based Integrated DNA Technologies are one part of the government’s effort to ramp up testing. But the U.S. has trailed other countries in rolling out tests, because of problems with its test kits and because the Centers for Disease Control and Prevention initially limited the number of eligible people.

Asked Thursday whether there were enough testing kits, Mike Pence responded, ”I think we are we are ready today but we want to be ready tomorrow.”

He acknowledged, “We don't have enough tests today to meet what we anticipate will be the demand going forward." However, he added, "we’ve made real progress on that in the last several days.”

U.S. senators who were briefed on the plan said it could take days or weeks before thousands of medical personnel are trained to run the tests.

Washington state already has “a huge demand” for testing, Dr. Kathy Lofy, state health officer, said Wednesday at a news conference in Seattle. She said lots of people who are sick want to know whether they have the virus.

The state lab planned to ramp up its testing capacity over the next several days. Commercial labs have been urged to start testing too.

The Washington lab is one of about 70 state, city and county testing facilities that are already using the CDC kit, with an expected capacity to test 75,000 people by the end of the week. Azar acknowledged issues with the test's availability.

“Right now, it is a challenge,” Azar said. “If you are a doctor and wanting to get someone tested, you need to reach out to your public health lab.”

The third part of the government strategy involves spurring private testing companies, such as Quest Diagnostics and LabCorp, to run and develop their own tests. The Food and Drug Administration granted those companies permission to begin developing and using those tests on patients last weekend. Companies can then seek FDA authorization after the fact, submitting details of their test within 15 days. An agency spokeswoman said four testing companies have contacted the agency under the policy.

LabCorp, one of the nation's largest testing companies, said Thursday it has begun offering coronavirus testing to doctors, hospitals and other health care professionals in its network. Patient samples must be sent to a company company lab and results should be available in three to four days. Quest, a rival diagnostics company, said it will begin offering its own test for the virus Monday.

As concerns about the lack of testing capacity have grown, Trump administration officials have repeatedly suggested that policies put in place during the Obama presidency slowed the authorization for private labs run by companies, universities and hospitals. But a former senior FDA official rejected that claim.

“The law gives the agency the ability to tailor its response in an emergency, which is what we did and is what FDA should be doing now,” said Dr. Joshua Sharfstein, an FDA official during the Obama administration who is now a vice dean at the Johns Hopkins-Bloomberg School of Public Health.

Traditionally, the FDA has not regulated tests developed by private labs. During the Obama administration, some public health experts expressed concerns about the lack of oversight of genetic tests for high-risk diseases and conditions. The agency drafted a proposal to oversee some of those tests, but it was never implemented. And it did not apply to the agency's powers during public health emergencies.

For weeks, Sharfstein noted, the only coronavirus test authorized by the FDA was the one developed by the CDC, which had limited availability and accuracy problems. In retrospect, he said, FDA officials could have used their powers to authorize private tests earlier.

“I think one of the challenges they underappreciated was how quickly this virus would spread,” Sharfstein said. “So they went small, instead of big.”

In early February, the FDA authorized the CDC to send the test kits out. But before they were put into use, officials in most states said the kits proved to be faulty, providing inconclusive results to samples that should have tested positive.

The problem was blamed on one of three reagents used in the testing, but CDC officials have not provided details.

Whatever the reason for the problem, only about a half dozen state and local public health labs had fully functional kits as of early last week. By late last week, the CDC said labs could proceed with testing using just two of the reagents. As of Thursday, state and local labs were able to do tests in 44 states, according to the Association of Public Health Laboratories.

That will be a small part of the total testing that should be coming online, officials said.

Since January, the CDC has been testing specimens at agency labs in Atlanta. As of Wednesday, 1,526 patients had been tested at the CDC, the agency reported.

For a time, testing was limited, in part because CDC guidelines said it should be focused on who had been to mainland China or to patients who had been in close contact with infected people. Last week, the CDC changed its criteria, saying it's also appropriate to test a patient if flu and other respiratory illnesses have been ruled out and no source of exposure has been identified.

The Associated Press receives support for health and science coverage from the Howard Hughes Medical Institute’s Department of Science Education. The AP is solely responsible for all content.