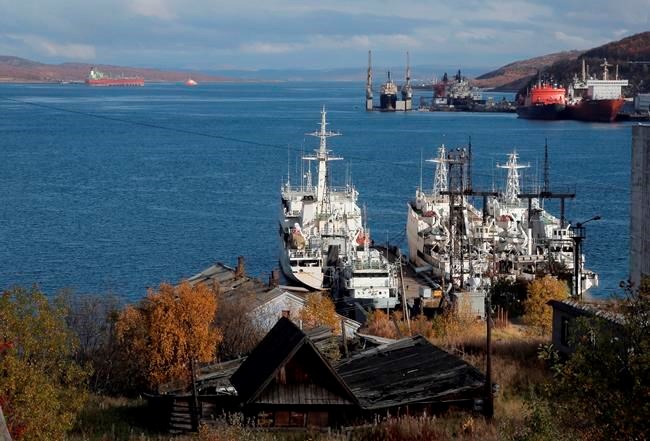 The global body that regulates shipping is moving to eliminate a highly polluting fuel in the Arctic.

But environmental groups say the International Maritime Organization's proposal is so full of loopholes that heavy fuel oil will go on being burned for another decade.

"That's an extreme timeline for something that needs to happen immediately," said Andrew Dumbrille of the World Wildlife Fund.

On Friday, the IMO passed a draft regulation to ban the use of heavy fuel oil in the Arctic by 2024. But Dumbrille said the draft allows Arctic nations to exempt their own ships from following the ban for another five years.

Research by the International Council on Clean Transportation suggests most ships in the Arctic burn the fuel.

It's considered a major spill risk because it's so thick that it's very difficult to clean up. Impacts from a moderate spill in Russia in 2003 were still visible in marine mammals more than a decade later.

The fuel is also a major source of black carbon, a type of soot that settles on sea ice and snow, darkening it and hastening its melt. The same research by the clean transportation council found about two-thirds of black carbon emissions attributable to Arctic shipping in 2015 was from burning heavy fuel oil.

The fuel has long been banned in the Antarctic.

Canada supported the ban coming into force in 2024.

But Dumbrille, who was at the meetings in London, said the loophole was drafted to get Russia to sign.

"Russia wasn't going to sign on to the ban until the domestic waiver was put in place," he said.

Russian carriers used 56 per cent of heavy fuel oil burned in the Arctic in 2015, says the council. Canada comes next, at six per cent.

The ban is supported by Inuit organizations, despite fears that forcing shippers to use cleaner, more expensive fuel could increase costs for northern families by up to $649 a year. Those groups have asked for some kind of compensation to help reduce the expense — a move the federal government has said it will consider.

The IMO will consider final ratification of the ban at a meeting in October.

This report by The Canadian Press was first published Feb. 21, 2020