Documents on WE affair and Kashmir clampdown: In The News for Aug. 6 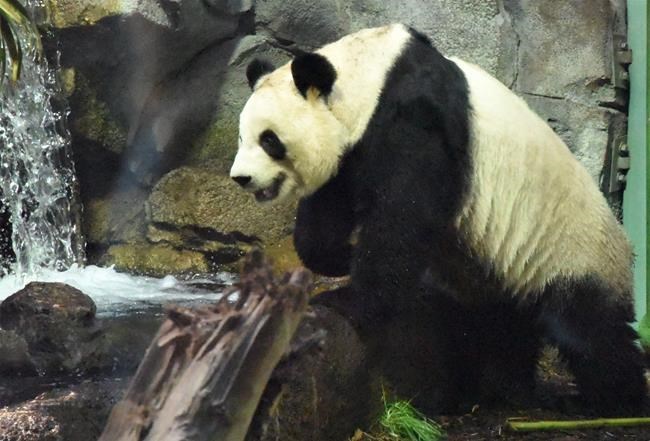 In The News is a roundup of stories from The Canadian Press designed to kickstart your day. Here is what's on the radar of our editors for the morning of Aug. 6.

Opposition parties are hoping the imminent release of government documents related to the We Charity affair will shed some light on how an organization with close ties to Prime Minister Justin Trudeau was awarded a deal to administer a federal student grant program.

The government has until Saturday to table with the House of Commons finance committee all memos, briefing notes, correspondence and other documents related to the now-cancelled agreement.

In the meantime, however, the committee's efforts to delve deeper into the controversy could be stymied due to the unavailability of key witnesses.

The committee, which heard last week from Trudeau and WE Charity founders Craig and Marc Kielburger, is scheduled to hold another video conference meeting today.

But committee chair Wayne Easter says it could be cancelled because, as of late Wednesday, none of the invited witnesses had yet confirmed their appearance.

Conservative members of the committee had submitted a list of witnesses they want to hear from, including WE Charity's chief financial officer, Victor Li, and Employment Minister Carla Qualtrough.

The first-ever police board meeting for Surrey, B.C., will be held today as the city moves ahead with a controversial plan to replace the local RCMP detachment with its own police service.

Mayor Doug McCallum won election on the campaign promise to create a municipal police force in 2018 and the newly elected city council voted to terminate Surrey's contract with the RCMP.

The B.C. government approved the change in February and appointed the board in June to oversee the new police service in Surrey, one of the province's fastest-growing cities.

But the process caused a rift in the mayor's own civic political party as three members resigned from the Safe Surrey Coalition last year, citing concerns about costs of the new service and McCallum's approach.

A 450-page report by former B.C. attorney general Wally Oppal concluded the shift to a civic police force would increase the operating budget by 10.9 per cent in 2021, taking into account the loss of federal subsidies and achieving wage parity with the Mounties.

That's on top of millions of dollars in one-time capital investments Surrey must make in order to set up the new police department that's expected to "go live" on April 1 next year.

Time and food supplies are running out for two giant pandas at the Calgary Zoo.

Er Shun and Da Mao arrived in Calgary in 2018, along with cubs Jia Panpan and Jia Yueyue, after spending five years at the Toronto Zoo. The cubs were returned to China in January and their parents were to remain in Calgary until 2023.

Calgary Zoo president Clement Lanthier said the facility spent months trying to overcome transportation barriers in acquiring fresh bamboo. Officials decided in May that it was best for the animals to be home in China, where their main food source is abundant.

But he said China hasn't been able to approve international permits, as the COVID-19 pandemic created changes to import laws and animal quarantine facilities.

"We believe the best and safest place for Er Shun and Da Mao to be during these challenging and unprecedented times is where bamboo is abundant and easy to access," Lanthier said in a release Wednesday.

"The continued delays in international permitting is putting the health and welfare of these two beautiful giant pandas in jeopardy."

Giant pandas have unique nutritional requirements and 99 per cent of their diet is made up of fresh bamboo. Each adult consumes about 40 kilograms daily.

At the last minute, President Donald Trump and his Democratic rival, Joe Biden, are searching for places to impressively yet safely accept their parties' presidential nominations as the spread of the coronavirus adds fresh uncertainty to the campaign for the White House.

Trump said Wednesday he's considering giving his Aug. 27 acceptance speech on the grounds of the White House, a move that could violate ethics law. Biden, meanwhile, scrapped plans to accept the Democratic nomination on Aug. 20 in Milwaukee, where the party has spent more than a year planning a massive convention.

Presidential conventions are a staple of American politics and have played out against national traumas as significant as the Civil War and World War II. But the pandemic's potency is proving to be a tougher obstacle, denying both candidates crucial opportunities to connect with supporters in the final stretch before the Nov. 3 election.

The campaigns are looking for alternative ways to deal with the virus and still reach millions of Americans through television and virtual events. Longtime convention attendees say they'll miss the traditional festivities even as they acknowledge public health priorities.

"I was looking forward to going to Milwaukee and having a lot of beer and other snacks," said Donna Brazile, who managed Al Gore's campaign in 2000 and served as Democratic National Committee chair in 2016. But "if you ask a majority of voters, they'd tell you they're more anxious about when the NFL season starts. … What's best for the public should be best for the politicians at this point."

Authorities enforced security restrictions in many parts of Indian-controlled Kashmir on Wednesday, a year after New Delhi revoked the disputed region's semi-autonomy in a decision that set off anger and economic ruin amid a harsh security clampdown.

Officials lifted a curfew in the restive region's main city of Srinagar late Tuesday, but said restrictions on public movement, transport and commercial activities would continue because of the coronavirus pandemic.

Government forces placed steel barricades and razor wire across many roads, bridges and intersections. Shops and businesses remained shut and police and soldiers stopped residents at checkpoints, only letting an occasional vehicle or pedestrian pass.

Several residents said government forces stopped them at checkpoints, saying the curfew was still in place.

"You call it a curfew or virus lockdown, the fact is that we're under a brutal siege and this siege is a year old now," said Ishfaq Ahmed, a Srinagar resident.

Investigators probing the deadly blast that ripped across Beirut focused Wednesday on possible negligence in the storage of tons of a highly explosive fertilizer in a waterfront warehouse, while the government ordered the house arrest of several port officials.

International aid flights began to arrive as Lebanon's leaders struggled to deal with the widespread damage and shocking aftermath of Tuesday's blast, which the Health Ministry said killed 135 people and injured about 5,000 others.

Public anger mounted against the ruling elite that is being blamed for the chronic mismanagement and carelessness that led to the disaster. The Port of Beirut and customs office is notorious for being one of the most corrupt and lucrative institutions in Lebanon where various factions and politicians, including Hezbollah, hold sway.

The investigation is focusing on how 2,750 tons of ammonium nitrate, a highly explosive chemical used in fertilizers, came to be stored at the facility for six years, and why nothing was done about it.

Losses from the blast are estimated to be between $10 billion to $15 billion, Beirut Gov. Marwan Abboud told Saudi-owned TV station Al-Hadath, adding that nearly 300,000 people are homeless.

"Beirut as we know it is gone and people won't be able to rebuild their lives," said Amy, a woman who swept glass from a small alley beside by a tall building that served as a showroom for a famous Lebanese designer and was a landmark.

"This is hell. How are they (people) going to survive. What are they going to do?" she said, blaming officials for lack of responsibility and "stupidity."

This report by The Canadian Press was first published on August 6, 2020.

The latest numbers on COVID-19 in Canada for Sept. 24
Sep 24, 2020 5:13 PM
Comments
We welcome your feedback and encourage you to share your thoughts. We ask that you be respectful of others and their points of view, refrain from personal attacks and stay on topic. To learn about our commenting policies and how we moderate, please read our Community Guidelines.