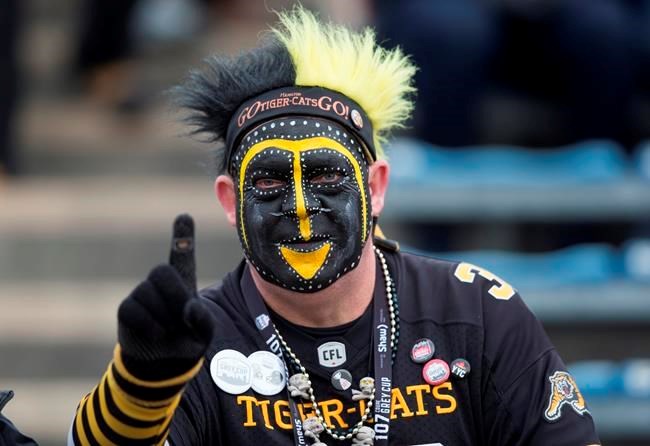 TORONTO — The Hamilton Tiger-Cats will have the first selection of the 2021 CFL draft.

Commissioner Randy Ambrosie made the announcement Saturday. The draft order was determined by a random draw rather than won-lost records because the league didn't stage a 2020 season due to the COVID-19 pandemic.

Hamilton will conclude the opening round with the ninth selection overall, the second of two first-round picks acquired from the Montreal Alouettes in the 2018 trade involving quarterback Johnny Manziel.

In keeping with the 'snake' format of the draft, Montreal will begin the second round. Hamilton will again have the final pick. No. 18 overall, then begin the third round.

The '21 draft will be reduced from eight to six rounds. Also eligible players will have the right to opt out in favour of the 2022 event.

The date for the 2021 draft has yet to be determined.