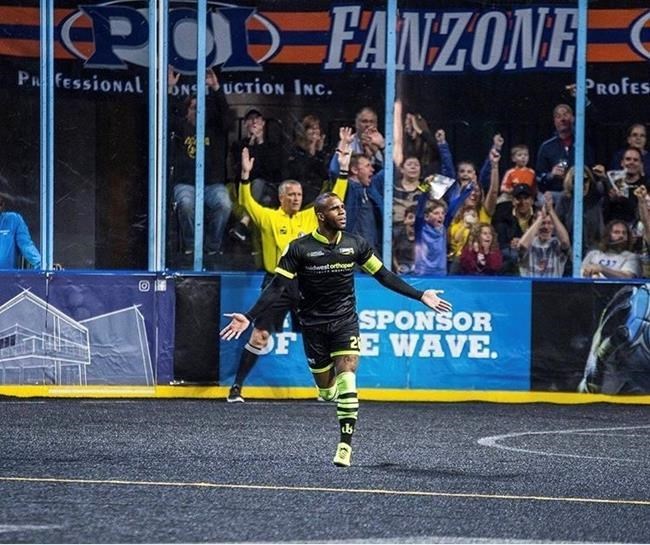 TORONTO — The Major Arena Soccer League, which called a halt to its regular season on March 12 because of the global pandemic, has announced tentative plans to return to action via the playoffs.

But questions remain, including whether two Mexican clubs will be able to cross the border to take part in the eight-team playoffs.

"Through much research and due diligence, the league feels we are close to finding a resolution on conducting the playoffs," the 17-team indoor league said in a statement. "The belief exists that if we can safely conduct an event, that the world's attention to professional indoor soccer and the MASL will be at a level never previously achieved."

The plan calls for eight teams to take part in a 10-day playoff format in one centralized location — after a five-day training camp.

"They're still working on it, putting things together," said Oliviero, a native of Vancouver.

The defending champion Wave would be part of the playoffs.

"There's a lot of things to work through," Oliviero added. "My thoughts, the competitive side in me, when I heard this was 'That's just great, we've got a month to prepare.' I was really excited about it.

"And then at the same time, there's the other side of me. How will the product be? Players haven't on the field since the first week in March. Is the product going to be high-level? Are we risking injury before the start of next season? And probably the biggest thing — are we there where we can actually, comfortably and safely pull this event off?

"I don't know the answer to that. But the competitor in me would love to see it happen. But doing what's right and staying safe, I think, is the No. 1 thing."

The blueprint includes possible replacements for two Mexican teams — Soles de Sonora and the Monterrey Flash — or any other club if they cannot travel to the playoff location or make it across the border.

The league says the replacement clubs would be the Harrisburg Heat and Tacoma Stars or Turlock Cal Express.

Harrisburg was fifth in the Eastern Conference when the season ground to a halt. Tacoma and Turlock were fifth and sixth, respectively, in the West — with the same 8-12 record although Tacoma was ahead on goal difference.

Monterrey, which topped the West, had the league's best record at 20-2 when the regular season was halted. Sonora was fourth in the West at 11-11.

The league said its plan calls for testing, quarantining, social distancing, cleaning/sanitizing, and housing. It said an announcement would be made in the next seven days.

The top four teams in each of the league's two conferences advance to the playoffs That would be Florida, Milwaukee, Utica and Baltimore in the East and Monterrey, San Diego, Ontario (California) and Sonora in the West.

The MASL was close to the end of its regular season when it shut down. Clubs had played anywhere from 20 to 23 of their 24 scheduled contests.

Toronto-based MetroStars Canada, the league's lone Canadian team, closed shop on the eve of the season.