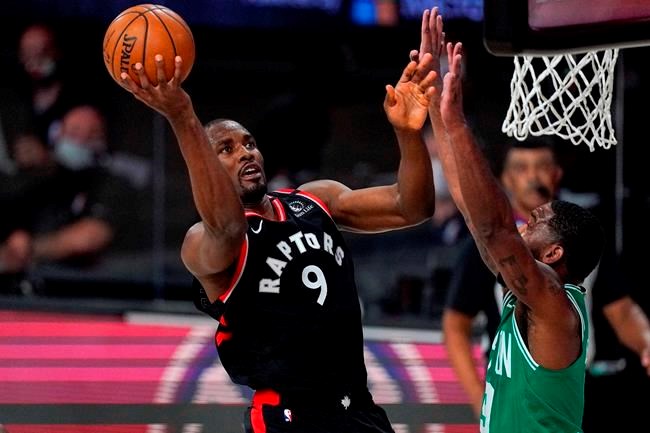 Ibaka signed a two-year contract worth $19 million with a player option in the second season, according to reports from The Athletic and ESPN.

The 31-year-old was traded to the Raptors back in February 2017 from the Orlando Magic in exchange for Terrence Ross and a first-round draft choice.

Later that year, he signed a three-year contract worth US$65-million and would eventually play a crucial role in the Raptors' championship run in 2019.

Ibaka averaged 15.4 points per game and 8.2 rebounds a game with Toronto last season.

Toronto Raptors sign Canadian Oshae Brissett, unveil camp roster in Florida
Dec 1, 2020 3:40 PM
Comments
We welcome your feedback and encourage you to share your thoughts. We ask that you be respectful of others and their points of view, refrain from personal attacks and stay on topic. To learn about our commenting policies and how we moderate, please read our Community Guidelines.