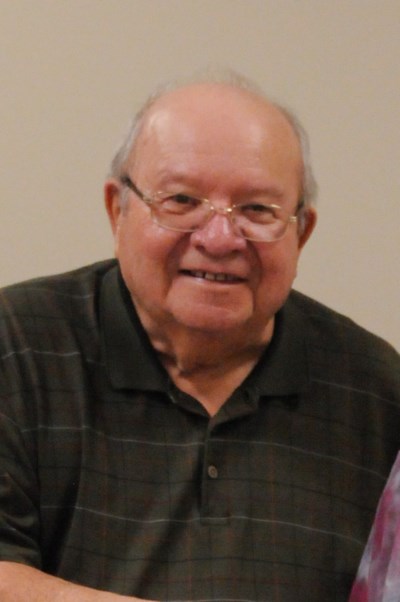 John was born in Raymond, Alberta the youngest child of Karl and Mary Linitski. In his younger years he stayed busy as a member of Raymonds' Baseball Club which advanced to the Provincial Jr. Championship in 1948. In 1998, the team was elected to Raymonds' Sports Hall of Fame. John had an ear for music and played violin and the accordion in a local band, which helped him meet the love of his life, Phillis. They married on February 14, 1956 and moved to Wrentham to farm and begin their married life. Together they had six children. John enjoyed watching his children and grandchildren grow and experience life, and he was always eager to lend some well thought out advice. His other enjoyments were his wife’s baking, licking his plate, curling, playing crib, watching sports, and gardening. As his children grew, John coached Pee Wee and Bantam hockey and managed a Midget hockey team. John was a proud member of the Lions Club, and he was involved in the Big Country Summer and Alberta Senior Games.

John was predeceased by his wife of 64 years Phillis; parents Karl and Mary Linitski; sisters Helen, Amy, and Caroline; brothers Stanley and Joseph.
Condolences can be sent to Connelly-McKinley funeral home. www.connelly-mckinley.com