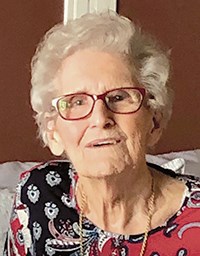 With immense sadness the children of Margot Patricia announce their mom’s death. Pat passed away peacefully Tues., Dec. 29, 2020, a few days before her 87th birthday, in High River Hospital with family at her side.

Pat was born in Climax, Sask., Jan. 3, 1934, the first child of Marjorie and Hubert Murphy; siblings, Colleen and Michael, followed. Hubert worked for BA Oil and was transferred three times during Pat’s childhood. She grew up in Clarkson, now a neighborhood of Mississauga, ON., Montreal, QC, and Edmonton, where she finished high school. Pat was working for the AB Dept. of Forestry when she met the love of her life, Victor Williamson.

They were married in 1955 and immediately started their family. Vic realized his dream of raising his family in the country when he started working for Texas Gulf Sulphur during the plant’s start-up at Okotoks in the late 50’s, and moved Pat and their three young daughters to the farm east of Okotoks. The city girl very quickly became a farmer! By the end of 1961 two more children had arrived. Pat and Vic raised their family on the Okotoks farm and were involved in 4-H and kids’ sports. In 1979 they moved to a farm north of Athabasca when Vic started working for Trinity Oilfield Services. He then worked for Mesa, Dome and Amoco before Pat and Vic established Sawdy Ent., a well servicing company, with Pat looking after office administration. Pat remained on the farm in Athabasca for a year after Vic’s death in 1993, before moving to the country near DeWinton. In 2014, Pat moved to Tudor Manor in Okotoks and lived there until Sept. 2020 when she moved to Unit 200 at High River Hospital. Pat received outstanding care at both of these facilities and we are so grateful for the many wonderful people who staff these homes.

Mom was a strong and courageous woman. For over six years this city girl raised five young children in the country in a home without running water - carrying buckets of water from the outside pump to the wringer washer, to the tub for baths and to the kitchen for cooking and cleaning. Mom worked hard at the barns and fields learning how to raise cattle. She was a skilled baker of bread, cookies, cakes and pies. Mom was proud of awards won at the Millarville Fair for her garden vegetables and loved her coffee dates with neighbors. She was a talented artist; her favorite activity was creating pottery thrown on her wheel. Mom was an intelligent, witty and well-read woman. Her greatest joys though, came from her children, grandchildren and great children. Unfortunately this past year created obstacles to family gatherings, but when Mom was able to be with us, her happiest moments were holding the hands of her great grandchildren. Although her memory failed her, she knew the love of these special children, and they felt the love from their G.G.

At Mom’s request there will be no formal service. When it is safe to do so, we will gather as a family and celebrate Mom with an Irish wake.

Patricia was a generous and loving woman. We suggest that anyone wishing to honor her memory do so by donating to their local food bank to help the many families who need extra help during this unique time.